Valentine’s Day dates are great and all, but they don’t have to be a big deal. But have you tried staying inside and cussing a lot while playing bad video games together?

Playing can be a very important part of keeping a relationship healthy, loving, and lasting. The right cooperative video game can help players get closer to each other, test our ability to communicate in high-pressure, stressful situations, teach us how to work together to solve problems, and (best of all) give us hours and hours of shared laughter.

I mean, a couple that can survive a zombie apocalypse in Resident Evil or the betrayal of stealing each other’s stars in Mario Party is built to last.

Local multiplayer, also called “couch co-op” because people play together in the same real-world space and often on the same device with split screen, is a dying type of game in modern times. In a similar way, online multiplayer games like Fornite don’t put much effort into making a good split-screen mode, so many of them have bugs.

Don’t worry if one of you isn’t as good at video games as the other. We’ve made sure to include a lot of games that are good for beginners, as well as cooperative campaigns with secondary protagonists who play more passive roles and single-player games where a partner can just sit back and watch what’s going on without having to touch a controller.

If one of your partners doesn’t like games as much as the other, remember that they’re stepping out of their comfort zone to do something you love. So thank them for their efforts and try to be as friendly as you can. Don’t put them under any kind of pressure to win or “get good.” Instead, cheer them on as they climb the steeper learning curve. Especially for heterosexual couples, gatekeeping gender dynamics are often a part of gaming culture and should be kept in mind. You should always be open to feedback about any unconscious behaviours or parts of games that can make non-dominant genders feel uncomfortable.

So go ahead, you kids! Don’t wear your best clothes to an overpriced dinner. Instead, have a romantic night in your pyjamas, which is sure to make you both happy. Together, players take on the roles of May, a smart engineer, and Cody, a kind gardener, who is May’s husband. At first, our couple is bringing up their daughter Rose in a beautiful country home with some amazing toys and a greenhouse that looks like a jungle. But the couple’s upcoming divorce and a bit of magic that’s better left alone soon turn the family’s world upside down and start the main quest of It Takes Two.

May and Cody are suddenly just a few inches tall and made of clay, yarn, and other craft materials. They’ve turned into two of Rose’s handmade dolls for no apparent reason, and the only way to get back to reality is for the soon-to-be-ex-spouses to work together. When you play It Takes Two with a partner, each level gives you and your partner new skills and tools that complement each other. One good reason to play twice is to see how the game works from both sides. You’ll sling, jump, glide, fly, and swim your way through tons of challenging obstacles, some magical and some not, but each creative and rewarding for players to overcome.

We should never have to deal with grief or death on our own, and this well-known and self-described “cosy management game” is all about that. In Spiritfarer, you play as Stella, the ferrymaster, who helps spirits cross over into the afterlife by keeping them comfortable and making peace with what they’re leaving behind. Aside from the beautiful art style and story, getting to know each character is like caring for a friend.

With the optional two-player couch co-op, a second person can play as Daffodil, Stella’s cute cat. Even though it’s more of a supporting role, it helps a lot with the minigames, and the themes are interesting enough to get people talking about things we don’t talk about enough. In this couch co-op game, you and a friend hold hands and launch each other into space. Heave Ho! uses simulated physics to make a surprisingly charming journey full of teamwork, betrayal, and costume changes. It has cute animations and great humour. Throw yourself onto ledges, link up with other people, and hold on to anything you can. The only goal is to get to that flag without falling.

This is a Mario Party. What else can we say? Even though the Switch version of Super Mario Party is hit or miss, you should play Superstars instead. The return to classic boards and minigames from the N64 and GameCube eras cuts some fluff added to the original format that still reigns supreme as one of the best local multiplayer games. This one and Mario Kart would also be great for a double date. Overcooked is fun because there are too many cooks in this kitchen. In this kitchen from hell, you choose a chef and step up to the counter to take customer orders. The higher your rank and the faster the game’s story will move, the more happy guests you can feed. Teamwork is the name of the game, so talk a lot and pay attention.

Check out Overcooked for more fun! It’s still fun, but there are even more chefs and themes.” Couples should be aware, though, that the stress of this game can be a real test of how well your relationship works when things get tough.

Wattam is a game that will warm your heart like no other. You save the world from the end of the world by getting anthropomorphized inanimate objects to work together to solve each other’s problems. It’s strange and full of pleasant surprises at every turn.

When you play couch co-op with a friend, you and your friend can switch between fun and weird characters, like a piece of poop or a square with a mayor’s hat. It will bring out the best in both of you because it is a fun game that is all about healing through friendship and love. If you’re still not sure, you can read our full review of Wattam.

Is it with other people? It can be played alone, but it is also a natural local co-op experience (with split-screen). 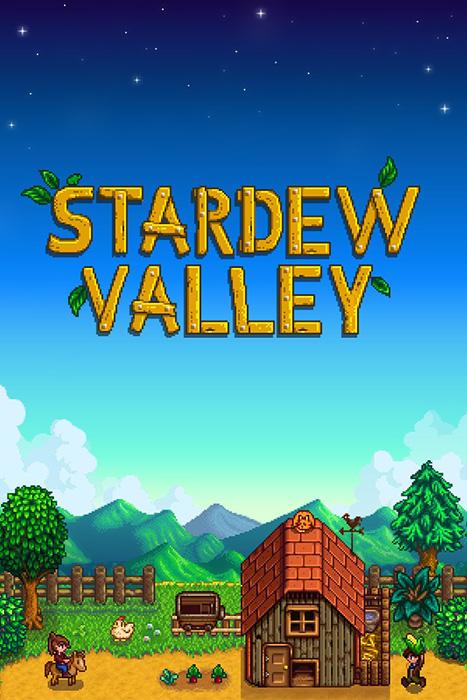 If your partner was crazy about Animal Crossing: New Horizons, Stardew Valley is another game they’ll love. This country-life RPG came out in 2015, and it has a lot of the same appeal as Nintendo’s social sim series, but it has a lot more depth in terms of relationships and things to do. You might think that Stardew Valley is just a farming simulation game, but this very popular game is also about making friends and falling in love with an NPC. The game makes you think about what gifts your partner will like best, just like you might do on Valentine’s Day. Even after you marry the character you want, you still have to cherish and pay attention to them if you want to keep them, which is a pretty solid message about relationships.

Stardew Valley is a great single-player game, but it also has a great multiplayer mode so you can play with your sweetheart, either in person or online. Local split-screen co-op was also added in the 1.5 update, so people can play together on the same TV. Lastly, you can download Stardew Valley and start playing it right away on almost any platform. You can also buy physical copies, which might be a nice Valentine’s Day surprise.

Haven is one of the more recent games on this list. It is a science-fiction love story about a couple who leave their home and run away together to an empty planet. You and your partner can play as Yu and Kay. They have anti-gravity boots and use “flow threads” to move around the strange planet Source. On these trips, you’ll collect resources and fight off hostile creatures by taking turns. Local co-op travel around the world takes some getting used to and learning how to talk to each other. My partner and I found that taking turns being the “leader” who chooses the direction we explore worked well.

When Yu and Kay aren’t exploring Source, they can relax in their spaceship, the Nest, where they can make food, take a shower, get better, and make things. Haven is a fun game to play, but what makes it great is how it shows the relationship between Yu and Kay. It’s not often that a game shows a mature, committed relationship in such a real and close way. For that reason, Haven is truly one of the best games for couples to play together, and fortunately for Xbox owners, it’s available through Xbox Game Pass.