The Magnavox Odyssey may have started the trend of home consoles, and the Atari 2600 may have made the idea more popular, but it was the Nintendo Entertainment System that gave the industry a real boost in North America.

Ushering in a massively successful new era of graphical fidelity and gameplay standards, there are around 700 titles available for the system—depending on who you’re asking—and each has a dedicated, passionate fanbase eager to defend it. Because of this, it’s impossible to make a definitive list of the top ten NES games, but here are the console’s most popular games in the broadest sense. 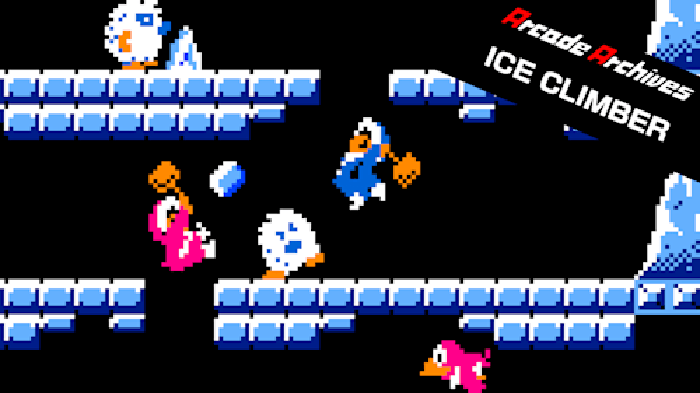 Most people remember this pair of parka-wearing characters from their appearances in Super Smash Bros. games, but they got their start on the NES. Ice Climbers was Nintendo’s first game for the 8-bit console. Players had to slowly climb up virtual mountains while trying to get a high score.

Even though Ice Climbers doesn’t show up on many lists of the best old Nintendo games, it was one of the best multiplayer games for the system when it first came out. Even by NES standards, it may be too simple, but it’s a game that deserves praise just as much as Super Mario Bros. or The Legend of Zelda.

Mike Tyson’s Punch Out!! is one of the most well-known games on a system that is as nostalgic as old vinyl records or Sony’s Walkman. It is also possibly the best game on the system that doesn’t involve side scrolling. This tongue-in-cheek boxing campaign came out at a time when the simple graphics and simple level design of the first Mario Bros. game were thought to be cutting edge.

Punch Out was the first video game where the goal was to fight your way to the top and KO the king himself. Even now, the game has a strong following, and the most dedicated players can get through it while blindfolded. 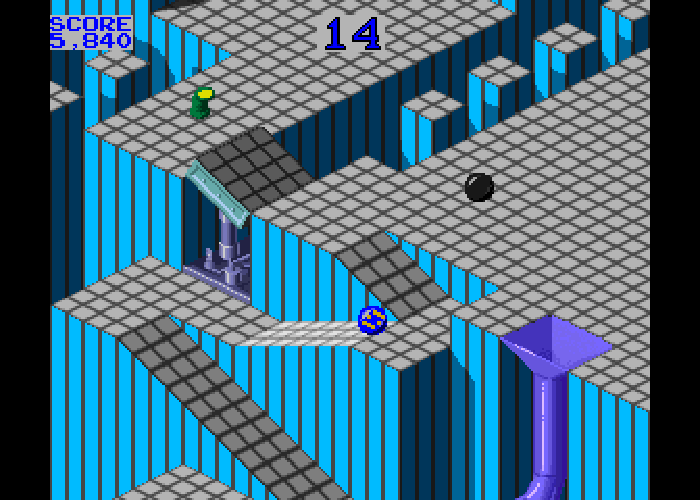 Marble Madness was a game that was way ahead of its time. It feels a bit like someone tried to make Super Monkey Ball work on an 8-bit system. In some ways, it feels like an overly ambitious demo that showed off the power of the system but didn’t have a lot of content. In reality, Marble Madness only has six levels, and a skilled player can beat the game in just five minutes.

But this digital test of skill is still magical in some way. It attempted an isometric perspective on a system which wouldn’t see all that many releases in that style, and it would have been downright amazing to see running back in the mid-80s.

There were sports games before Tecmo Bowl came out in 1987, and we all know that there have been a tonne of them since then, but few can compare to how great that simple football game was. Technically, it’s not as good as recent Madden games, but the game’s simplified playbooks and 8-bit body slams give it a strange charm and a sense of freedom. Batman: The Video Game is very loosely based on Tim Burton’s 1989 movie Batman. It was one of the few movie-based NES games to get any kind of attention from gamers. Even though the movie isn’t remembered very well, the game is, and at a time when side-scrolling action games were all the rage, Batman: The Video Game was head and shoulders above the rest.

The old video game journalism cliche of saying that a game “makes you feel like Batman” may have worn out around the time Arkham Asylum came out, but this is an amazing attempt to put players in the shoes of the Caped Crusader. Also, as is typical for NES games, it is very hard, but that only makes it more fun.

The famous sci-fi horror movie Alien by Ridley Scott was the inspiration for Metroid, which came out in 1986 and changed both the size and scope of games. In the past, games on home consoles couldn’t have more than a few screens, and most of them were just about getting a high score instead of telling a story.

Metroid was so big and confusing that it needed a map, which was later published in an issue of Nintendo Power. The gameworld was so big and complicated that it made the experience feel very real. The original Metroid is still one of the best games in the long-running series, even if it seems a bit clunky and hard to play now. In the 1980s, arcade ports often had to give up a lot to fit on a standard NES cartridge. This usually meant that the look, playability, and overall quality of life went down. But Contra, which came out in 1987, was not like that.

A title which became arguably more famous on Nintendo’s system than it ever was in the arcades, this side-scrolling shooter was the dominant co-op experience of the 8-bit era. This game is known for how hard it is, and it was one of the first to use the Konami code, which is a simple button combination that gives the player thirty lives instead of the usual three.

Tetris was first brought to home computers like the IBM PC and Commodore 64 from the Soviet Union in the mid-1980s. Since then, it has become one of the most popular puzzle games ever made. This game is on almost every gaming machine made since 1984, so anyone who plays games or knows anything about them should be able to recognise it.

Even though the NES port probably isn’t as well-known as some of the earlier versions of the game, there’s no doubt that it helped make the puzzlers more popular. Tetris is so popular that even in 2019, gamers can’t get enough of it. It even got a new life in the form of Tetris 99, a crazy pseudo-battle royale game for the Nintendo Switch. Skate or Die has some weird stereotypes, but if you can get past them, you’ll find an edgy, fun game that seemed to really understand its target audience at the time. When you play it now, there are times when you can tell that it was the game that made Tony Hawk and SSX possible. So, it will always be different.

Tecmo Bowl, eat your heart out! RBI Baseball could be played over and over again, was very competitive, and required real skills. When compared to other sports games at the time, it was and still is the best.