So you’re new to board games and have convinced your friends to play Catan, good for you! Even though a single game is fun, it’s not exactly the sweetest thing you can get from the world of board games. No, you want the best board games, but how are you going to convince your friends that playing games regularly is a good hobby?

All of the games below are great to play after a game of Catan. They are all great for people who are new to board games and want to try something different. These ten games are good at bringing in new players because they are easy to learn but still interesting. (Another way to get new people interested is to play some of the best movie board games that are actually good.) There are a lot of bad games out there, especially family board games with simple rules, so make sure you choose easy-to-learn games that still offer some challenge (or at least some fun mechanics) and you’ll definitely get your friends and family, even board games for kids, into the world of dice and tokens. Worker placement is a common mechanic in board games, and it can be found in some of the best ones. However, for someone who has never played a board game before, it can be one of the most intimidating things to deal with. “Here are 50 things you can do, but you can only use two tokens. Cut! Cut!”)

Carcassonne is a great way to learn, so it’s lucky that it’s here. In the game Carcassonne, you and the other players take turns putting meeples all over the beautiful French countryside. Before you can use your meeples, you have to put down a tile, which could be a city, road, cloister, grassland, or a mix of all of these. When a meeple is placed on one of these tiles, it changes into a robber, monk, knight, or farmer scoring token, which is then added to the player’s current score. Carcassonne is an excellent beginners’ game because whilst it requires strategy to win, there are very few actions you can play to further that strategy, thereby keeping things simple.

It’s also a great board game for families because it’s easy to play and find these days. Pandemic is one of the most popular board games for a reason. Matt Leacock’s disease-battling co-op board game hit has an incredibly well-constructed difficulty curve that gradually eases its players into the meat of the game, like a swimming teacher guiding you into a pool of warm stew.

Pandemic is not like Carcassonne in that players work together to put out fires instead of competing for points. Deadly diseases are spreading around the world, and it’s your job to spread out the rate of infection until a cure is found. In order to find a cure for a disease, you have to travel around the world and remove sickness tokens, build research stations, and play cards. As the game goes on, players will have to use smarter strategies to get the most out of their moves, because things can get very bad, very quickly.

But being able to talk about what each character did as a group makes Pandemic a little less rough, making it a good way to get started with tabletop games. Pandemic is one of the best co-op board games, but it’s also one of the best board games in general because it’s easy to play. What could be an easier-to-understand theme than kaiju fighting each other with shrink rays and tentacles that take over their bodies? In King of Tokyo, you play as these kaiju who have decided that there are too many big monsters in Japan’s capital and that it’s time to clean up.

A board game made by trading card game creator Richard Garfield. In the Magic: The Gathering game King of Tokyo, players take turns rolling dice and taking actions. They can choose to re-roll some dice up to two times. In King of Tokyo, most things you can do involve healing, getting energy, and attacking. This last one is especially important because one way to win is to get rid of your big opponents. Another way is to stay in Tokyo the longest and get enough victory points to win. Your opponents will push and shove to get you out of the city, but it’s up to you to decide when it’s time to go.

King of Tokyo has a nice little risk/reward system that keeps things from getting too complicated by giving the player two very simple ways to respond. This makes it a great board game for both kids and adults. Most other types of games are harder to get into than social deduction games, because, let’s face it, we’ve all lied at least once in our lives. But Sheriff of Nottingham is a great board game to play at a party to teach your friends about cheating to win.

The goal of Sheriff of Nottingham is easy to understand: sell your goods and make more money than the other merchants. Even though selling legal goods will get you a decent amount of money, selling illegal goods will make you a lot of money. But there’s a catch: Prince John is coming to town, and he’s bringing his equally slimy sheriff with him. As a loyal subject of the prince, the sheriff keeps an eye out for possible smugglers and takes away anything that looks suspicious if he finds it. 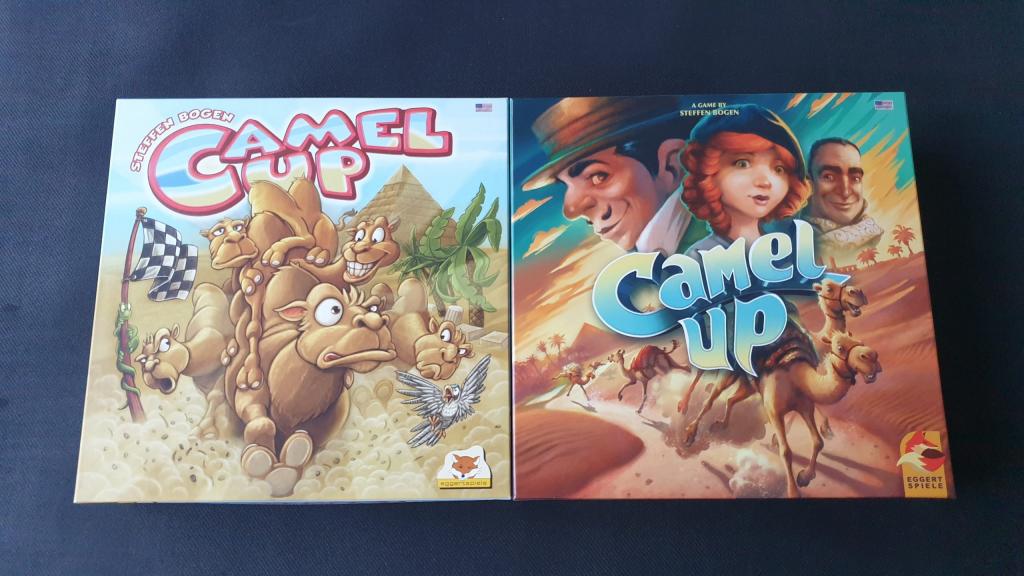 Camel Up is a great strategy game that also lets you try your luck. It also has a great look for a kids’ board game (it’s like the board game version of All Dogs Go to Heaven). The goal of Camel Up is to bet correctly on the camels that are running so that you can leave the racetrack with the most money. These bets don’t just have to be on winning camels; they just have to be on one camel (e.g. the yellow camel will get third place).

During each race, or round, players will take turns popping a random die out of the pyramid in the middle of the track. The number on the die shows how many spaces a camel moves. The colour of the die shows which camel the roll affects. When this happens, each player will be able to increase their bet or place a new one. If one camel lands on top of another, they move as one (think of a Power Ranger, that’s also a camel). This means that even the best-laid plans can go wrong in an instant.

The mix of real strategy and crazy randomness makes for an unexpectedly good party board game that is also good for beginners. In an online poll, this game was voted by far the best way to get people interested in the hobby.

In the game Ticket to Ride, you have to collect train cards to make a path across the country that meets goals. But only one player can go down each path. Who will get there first?

Alan R. Moon, who made the board game, said, “The tension comes from having to find a balance between greed (getting more cards) and fear (losing a key route to a rival).”

If you show your cards too early, you give away your plan. If you keep your cards for too long, another player might take your path. Ticket to Ride stands out as the best game for people who have never played a board game before. Even though it’s easy to learn and play, there are a lot of important decisions to make and there isn’t just one right way to do things.

Ticket to Ride America is the original and most popular game. Want to try something different? Check out one of the other versions. My favourite places are Europe and Africa.