Football is fun for everyone. It’s fun, it’s competitive, and most of all, it brings people from all over the world closer together. But not everyone likes to fight in the front lines. Some of us like to sit in the stands and watch the game while holding a diet coke and a hot dog. Football games are a great thing for these fans and for people who are really into football. Why? Well, for one thing, they help you improve your thinking skills and also give you a chance to brush up on your football skills. But the Google Play Store is full of football games, and there are so many of them that it can be hard to choose just one. Some games have great gameplay, while others aren’t as good. We’ve picked out the ten best football games for Android so you can download one that gets you excited about football. Reviews, game play, and graphics were used to narrow down the choices. Here’s a quick rundown of the top ten football games for Android. 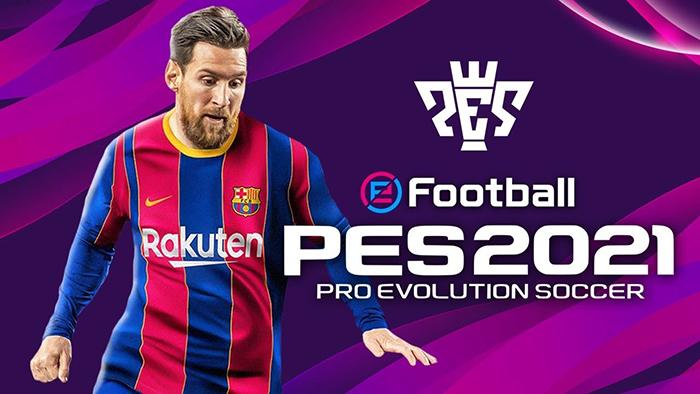 If you want to download a football game that has a lot of the best features, eFootball PES 2021 is your best bet. PES stands for “Pro Evolution Soccer,” and if you didn’t already know, it is the main rival to the famous “FIFA” game. It has some of Europe’s best clubs, like FC Barcelona, Manchester United, and Juventus, and you can play with them. The game also lets you play against your friends in person or online. But the thing that makes eFootball PES 2021 the best football game for Android is that you can sign football legends like David Beckham, Francesco Totti, Diego Maradona, and more to your team. Graphically, the game has great colours and smooth animations. In general, you should play this game at least once. Get the App FIFA Football has been downloaded millions of times and is, without a doubt, one of the best football games you can play on your phone. Why you may ask? Well, the game has every possible licence, so it has the biggest leagues, the best teams, and more than 50,000 players! The game has everything, from the Serie A to the Bundesliga to the LaLiga. The best thing about FIFA Football is that you can play 11-on-11 matches with your friends in real time. This lets you really get into the colours of football. The graphics and gameplay make it not only one of the best football games, but also one of the most realistic. In addition to these features, it has league matchups, ICON challenges every week, and more! Get the App In case you are just starting out in the sphere of online football, you must try your hand at Soccer Stars. Its premise is simple – kick the ball into the other team’s net! Its gameplay and controls are pretty basic, as all you need to do is flick the ball right or left to score a perfect goal.Soccer Stars offers multiple modes – offline, online, and multiplayer. You can challenge the best teams in the world and even invite your friends for a competitive one-on-one. If you sharpen your skills enough to take on the best of the best, you can even win the World Cup! One thing to note is that its graphics are simple and basic. However, they are good enough to let you have a fun time! Hence, with simple gameplay and great physics, Soccer Stars is easy to pick up and fun to play. Download App

Dream League Soccer 2021 is a full-fledged football simulation that puts you in the middle of all the action. Before we talk about its features, let’s talk about how it plays, which is spot on. Dream League Soccer 2021 is more realistic than ever thanks to full-3D motion-captured kicks, tackles, celebrations, and goalkeeper saves! In the game, you would have to put together your own super team that could beat anyone. This could be done by getting well-known players like Kevin De Bruyne and Roberto Firmino, but that’s not all! You would also have to teach your players how to use their skills. Dream League Soccer 2021 is one of the best football games on Android. It has recruit agents that help find talent, customizable team kits, and coaches that help improve technical skills. Get the App If you are tired of big games that have too many features, you should check out New Star Soccer. Because it doesn’t pay attention to anything but you! In New Star Soccer, you play as a 16-year-old football prodigy who needs to train hard and play well to move up in the ranks. But football isn’t the only thing going on. You can keep in touch with other characters, like your teammates, coach, sponsors, and partner, which adds a creative twist to the game. If you break up any of these relationships, it would hurt your skills as a whole. Once you start making more money, you could also go to a casino with it. New Star Soccer has a lot to offer because it has a lot of extra stories and minigames. Get the App

Football Strike is a creative take on virtual football, and it’s not like any other football game on the Play Store. It is different because it has put all of its attention on free kicks. You can face off against your friends in free-kick battles or make a name for yourself in Career Mode. Also, as you progress in the game, you’ll find collectibles that let you change the colours of your striker and goalkeeper to match your team. If you focus on the Career mode, you’ll play in different stadiums in and around different countries, and your opponents will challenge you. You could either be the keeper or the kicker, giving you full control over your game. It also has top-notch graphics that make the game more fun overall. So, if you’re looking for a game that can keep you busy for hours and hours, Football Strike is your best bet. Get the App