This is one of those lists that I’ll need to keep up-to-date because there are so many adventure games I haven’t played yet. I have a couple of games right next to me that could be on this list. So, I guess there will be a lot of changes.

Let’s get to it! Some of the best cooperative adventure board games you can get right now are listed below. Most dungeon crawls don’t make me feel like I’m on an adventure, but Gloomhaven is one of the few that does. Even though it’s one of my group’s favourite co-op games mostly because of how well it works, the character development, exploration, legacy elements, and just travelling around the world make you feel like you’re on an epic adventure. It’s a huge game, which is why I haven’t reviewed it yet, but if you have a group that can spend 100+ hours on it, you should check it out.

Aftermath is a great story-based adventure game, and my group’s favourite of Jerry Hawthorne’s Adventure Book Games so far. The writing is great, and it’s a lot of fun to go on adventures with your superpowered rodents. The post-apocalyptic world also changes as you play through the game, thanks to the campaign system. It works well as both a game for families and a campaign game for a group of adults, which is not true of most other co-op games. Dragonfire is a great adventure game where you build your own decks. You go on adventures in the world of Dungeons & Dragons, but you don’t really have to play D&D to enjoy this game. It’s just a lot of fun to build your decks and see your characters get stronger as you move through the campaign. This one has a lot of working together, and the story parts keep you interested the whole time.

One of my group’s favourite survival games to play these days is Maximum Apocalypse. The way the game works is pretty simple, but that helps the theme stand out. You’re always under pressure in the game to find the things you need to find, fight the monsters that are in your way, and get out of Dodge before things get out of hand. There are 12 missions in the main game, and all of them are fun to play again and again.

The Lord of the Rings: Journeys in Middle-earth 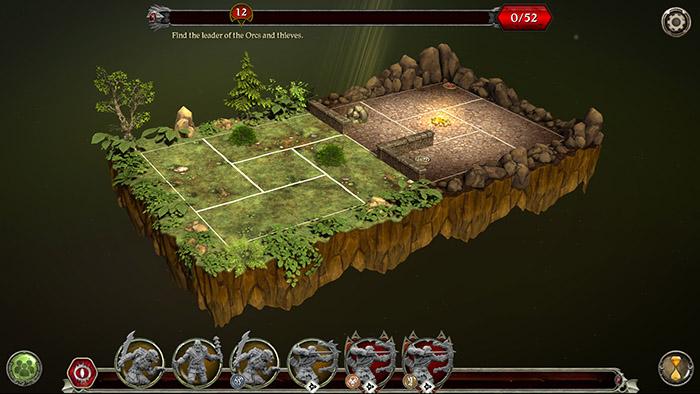 When you play The Lord of the Rings: Journeys in Middle-earth, it’s hard not to feel like you’re on an epic adventure. The big map tiles bring Middle-earth to life on the table, and the game has one of the best action/test systems you’ll find in a co-op board game. The game is controlled by an app, which I don’t mind in this case because the app does all the fiddly work for you and remembers what you’ve done in previous missions. It’s a great LOTR adventure game for groups of three to five people.

The game Champions of Hara is so much fun. As you play, the world you’re in changes, so you often have to change your plans on the fly. As you explore the world, your goal is to get as strong as you can and then defeat one of the strong bad guys. All of the characters are different and fun to play, and there are a lot of tough situations to go through. If you like adventure games and puzzle games, Legends of Andor might be the perfect game for you and your friends to play together. In this game, you go on a series of adventures to stop your enemies from taking over your kingdom while also getting stronger as you go. It’s a great fantasy-adventure board game with some of the best art you’ll ever see on a board game.

Mage Knight is a great adventure board game because you have almost complete control over where you go, how your heroes grow, what you explore, and who you fight. It’s one of the most complicated cooperative games out there, but if you want a deep adventure game with some fun deck building, it’s worth taking the time to learn how to play it.

The Lord of the Rings: LCG The fact that Fantasy Flight keeps making great new adventure packs for The Lord of the Rings: The Card Game is one of the many reasons why it has been so popular for so long. It’s one of my group’s favourite two-player games because we can play as almost any popular LOTR hero and fight enemies in well-known places in that world.

This time, how about a pirate’s adventure? Going on an adventure on the big seas, where riches and glory are waiting for you! Command your fleet, go to war with other pirates, and build and improve your ships with the best weapons and defences. The game is a competitive strategy gateway that is played on a modular ocean map. The goal is to get 10 Plunder Points, just like a real pirate, by taking over islands, sinking enemy ships, and hiding treasure.

Plunder: A Pirate’s Life is fun because:

The pirate theme is fun, but the game itself feels like it depends on how lucky you are (Well, a number of us had fun with this adventure game).

Easy to learn, I might teach this game to my family, or at least to my siblings.

Miniature ships look like a lot of care went into making them, which makes controlling them a lot of fun.