In This War of Mine, you play as a survivor in a war-torn world instead of a soldier. It’s a fantastic new side-scrolling, action, survival, and stealth game. Survive in a world where virtually everything is extremely rare. That’s your main goal. As a survivor, you’ll have to deal with a severe lack of food and medical supplies, as well as the threat of snipers and scavenging hostiles. In a war-torn world, the snipers won’t let you out of the bunker during the day; but, in the night, you must get out and join one of your trusted guys on scavenging expeditions for food and other supplies. Your primary objective is to survive, gather resources, and return to your safe haven, where you can make new things and barter them for more useful ones. In this War of Mine, instead of embarking on missions to kill the adversaries, you must stay in your hideout, defend it from the attackers (Snipers and Scavengers), and save everyone around you by using different weapons, tactics, and your abilities. Playing This War of Mine is a lot of fun because of the fantastic setting, stunning visuals, and engaging gameplay. Survival video game developed by TLT Geims, OOO for Android and iOS platforms is called Day R Survival. You’ll be able to play in four different modes, including Real Life, Sandbox, Online, and Medium, in the game. With crafting, it introduces a new element into this realm. You play as a survivor who must deal with hunger, danger, and a slew of vicious foes throughout the game’s action-packed narrative. In order to move further in the story, you can craft various weapons, equipment, and recipes using the Carting option. In the post-apocalyptic world devastated by nuclear war, you must dodge radiation in order to survive. Build a shelter, craft stuff, and gather food to keep yourself alive as long as possible. Day R Survival is packed with great features like Survive in the Post-apocalyptic, Online Mode, Live Chat, Crafting System, Hardcore Shelter, Co-op Mode, Improve your Skills, and Endless Possibilities, amongst others. Take a look at it.

Developed and released by Kefir, Last Day on Earth Survival is an MMORPGS (Massively Multiplayer Online Role-Playing Game) that combines elements of survival, strategy, and role-playing. The setting of the game is a post-apocalyptic wasteland, and the player assumes the character of one of the few survivors left. Exploring the landscape from a top-down perspective, players can find weapons, objects, items, and equipment, as well as other survivors (real-player). He has the ability to converse with other players and form alliances in order to remain alive. In order to go on to the next level, the player must complete a set of objectives for that level. Crafting allows the player to build guns, vehicles, and other items that can be used to destroy foes. The environment and level get more difficult as the game proceeds. Improve Strategic Skills, Navigate Environment, Wild Animals, Maintain Health, Build Shelters and more are prominent themes of Last Day on Earth Survival. Take a look at it. Action-Adventure/Survival/Roguelike video game Don’t Starve was developed by Klei Entertainment and released in 2012. Wilson, a scientist, is the protagonist of this tale, which takes set in an unearthly locale. Don’t Starve wants you to assist Wilson in his fight for life and limb as he tries to fend off a variety of otherworldly foes out to murder him. Don’t Starve’s Adventure mode challenges players to take on the Antagonist Maxwell and beat him in epic encounters to bring more depth to the action. The game’s combat is based on point-and-click, and your goal is to survive as long as possible while using items like Meat Effigy, Life Giving Amulet, and Touch Stone to help you along the way. Don’t Starve has a terrific plot, stunning visuals, and a compelling gaming experience.

Failbetter Games created and published Sunless Sea, a blend of exploration, surreal, role-playing, and rogue-like features, on several platforms. There is a Fallen London reality where the game is set, with the fictitious city of London being relocated to the Unterzee’s rim beneath the Earth’s surface. An adventurer who plays as Captain of the Steam Ship must traverse dungeons and accomplish tasks in order to obtain experience points. Discover new areas and trade products around a magnificent setting while combating ships and battling zee monsters to progress through the story. Rogue-like gameplay can take many forms, including randomly generated terrain, death that never dies, and characters that can come back in the future. Multiple islands make up the planet, each with its own unique set of challenges and enemies. The player can utilize the money he earns from selling products to increase his level, as well. Sunless Sea is a fun and engrossing game that will keep you hooked. One of the main plot points of Slender Man is a faceless figure (Slender Man) that can be found in many scary and abandoned locations. It’s a unique and exhilarating experience to play this game. Players take control of the Slender Man, who is dressed in a black and white costume and may be seen from a first-person perspective. The game’s plot revolves around obtaining clues to solve some of the most horrific legends of all time. The graphics are stunning, and there are a plethora of ominous and eerie settings to explore. Slender Man is one of the creepiest games out there, thus it brings you to new heights of pleasure. To have the most pleasure and excitement, you should try it if you appreciate games with a dark theme.

Frictional Games developed Amnesia: The Dark Descent, a horror survival and action-adventure video game. The story revolves around Daniel, a man who wakes up in an asylum-like castle with no recollection of his history. He struggles to his feet, gathers up the notes with weird inscriptions that have been strewn about the palace, and begins his escape. When he walks along the hallways, he senses a presence that follows him everywhere he goes. He is haunted by the terror and strange occurrences and sounds all around him, and he fights to recollect his past and get rid of the unearthly thing following him around. Start by putting yourself in the shoes of Daniel and exploring the Asylum. Plan your escape by gathering all of the notes and objects you will need. The visuals in Amnesia: The Dark Descent are stunning, the story is compelling, and the gameplay is addictive. 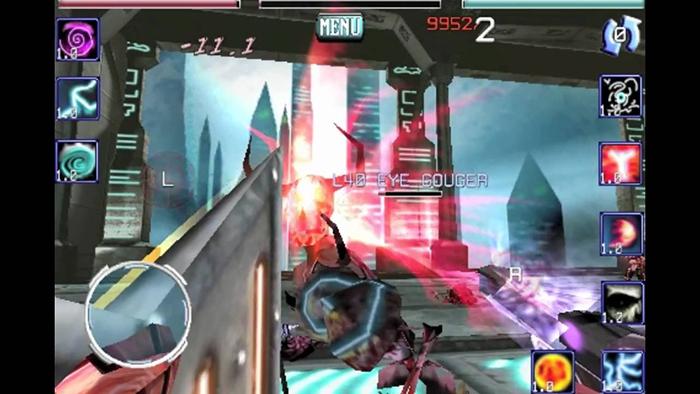 There are many different types of games in the Action/RPG/Shooter/Horror genre in Mission Europa. Play as a leader of a rescue team and discover the truth about a mining facility that lost touch with the command after only a few weeks of operation. There are still mining facility workers to save on the icy moon of Europa, so you’ll have to go out and find them. If you’re looking for an action-packed video game that has more than 50 exciting levels, 18 different types of enemies to fight, Co-Op Multiplayer gaming modes, an enormous weapon arsenal to use, eye-catching visuals and addictive gameplay, Mission Europa is a game you should definitely get your hands on.