The PlayStation 2 was a very popular gaming console that was used for thirteen years before it was taken off the market. People usually say that a console is only as good as its games, and the PS2 had a lot of them. But because Sony consoles were first made for the Japanese market, there were some games that never left Japan, much to the disappointment of people in other countries.

In this list, we’ll look at some of the best PS2 games that were only available in Japan. It’s a shame that this game was never released outside of Japan, because everyone who likes stealth games probably would have thought of it as a classic. Kamiwaza was a game where you played as a thief who was like Robin Hood in Japan. In the main story, you are also trying to save your sick sister. Depending on how well she is, you can get one of three different endings, one of which is a secret “true” ending.

It is a good stealth game that lets you find your own way to play. You can be sneaky and run away when caught, or you can use your bag of loot as a soccer ball and kick it at guards.

When it comes to RPGs that are only available in Japan, Tales of Destiny: Director’s Cut has a large and vocal fan base, and for good reason. Most of the time, it plays like a normal JRPG, but when you’re in battle, things get more interesting. The fights are not turn-based and take place in a 2D plane where every character fights at the same time. Magic and aerial combos make the fights a sight to see. 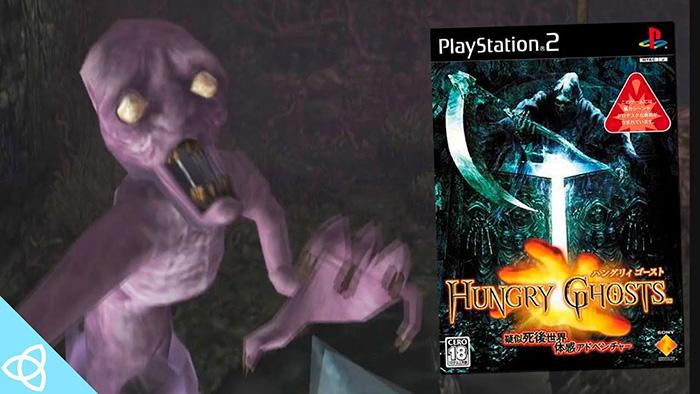 Hungry Ghosts is a scary adventure game with a lot of detail and appeal. It was made by the same person who made the classic and well-known Ghosts ‘n Goblins. In this first-person game, you play as a warrior who has died and is brought by Death to a village full of unhappy souls. Most things in the game, like attacking with weapons or opening doors, have to be done manually by simulating the motion on one of the analogue sticks. This makes the game feel more real.

This game is only available in Japan, which is a shame because it would be perfect for anyone who wanted to try a classic game that felt like a mix of Demon’s Souls and Amnesia: The Dark Descent.

Because anime and memes are becoming more and more popular around the world, there aren’t many people who haven’t heard of Initial D in some way. Initial D: Special Stage is a racing game based on the main plot of the anime. It has the characters, the cars, and the drifting that fans loved.

We really wish we could have played this game when we were kids, because who wouldn’t want to play a game where you drive a car down a mountain while Eurobeat music plays in the background? Even though this game’s name is long, it’s a good name because the whole thing takes a long time to figure out. DoDonPach DaiOuJou is a bullet-hell shoot-em-up game that got almost everything right about what makes these two types of games fun. It looks and sounds good enough to try, but those who like harder games will be drawn to it because of how hard it is.

People think these kinds of games are common, but they all have something that makes them stand out, and DoDonPachi was one of those games that had a lot going for it.

Shadow Tower Abyss is another in a long list of dark and gritty RPGs. Its presentation was unique. In the game, a mysterious old man locks the player in a tower, and to get out, you have to get to the top. Even though the game takes place in a grimy tower full of enemies, areas with different themes, and NPCs who explain things, this one is played in first-person.

Even though this game isn’t perfect or fast-paced, it does have some interesting features, like being able to cut enemies up in certain ways. We were sad that we didn’t get to try this game and see what From Software was up to back when they were just starting out. Don’t let the name fool you like it has probably done to a lot of other people. This is not a fishing game at all. The Rumble Fish is a 2D arcade-style fighting game with great sound, smooth animation, beautiful graphics, and solid gameplay. There are a lot of similarities between the fighting system and other well-known fighting games.

This game hasn’t been released outside of Japan yet, but there’s really no good reason why it hasn’t. It’s a very good fighting game that would definitely do well with good marketing.

Some games stand out because of how well they are made.

NanaOn-Vib-Ribbon, Sha’s which came out in 1999 for the original PlayStation, is a good example.

And the same is true for its PS2 follow-up.

Vib-Ripple lets players use the PS2’s USB port to send pictures to the game, which are then used to make levels, just like the original Vib-Ribbon did with audio files.

Then, you’ll take control of a cute vectorized rabbit and jump around these pictures as if they were trampolines, looking for where the coloured “Peta” characters are hiding.

Getting them all will finish the level. It’s much more fun than it sounds.