Role-playing games (RPGs) have become a catch-all genre that includes a wide variety of games that don’t have much in common, but in the 1990s, there was one video game series that was the perfect RPG. Yes, we’re talking about Square Enix’s Final Fantasy.

The Japanese fantasy RPGs first came out on the Nintendo Entertainment System (NES) in 1987, but they became cultural landmarks as Super Nintendo games in the 1990s. From there, the series moved to 3D on the PlayStation 1, which was a huge success, before the mainline series started to take more risks, like getting rid of turn-based battles and MMO entries. Now, many of the same Final Fantasy games can be played on the Nintendo Switch and other consoles, along with newer RPGs.

But where do you start with Final Fantasy if you’re new to it? Most Final Fantasy games are at least good, and many are great. Some are even masterpieces, which is why we decided to rank the best ones. Final Fantasy VI, which came out in 1994, is by far and away the best mainline Final Fantasy game. Final Fantasy 6, which was first released in North America as Final Fantasy 3, was the last 16-bit mainline game. It had a great cast of more than a dozen characters, and it was the first game to have a steampunk-style world design, which later appeared in games for the PlayStation in the late 1990s. Here, high fantasy became the stuff of legends, and magic was replaced by scientific progress and the growing technology of the Second Industrial Revolution. Final Fantasy VI had a story that was perfectly paced and had a lot of emotional impact because of how it was set up. The first half of the book introduces the characters, from Terra Branford, the interesting main character, to Locke Cole, a rebel treasure hunter. All of them want to bring down the Empire. The first half is set up in a way that lets these characters grow and lets you connect with each of them. This is an impressive feat, given that you have about a dozen major players on your side. But the second half of the game changed things, making it possible to finish objectives and dungeons in any order you wanted. At the time, this level of freedom was hard to believe. The traditional active time battle system was always fun thanks to the many ways to customise it, such as with unique magic spells, a changed summoning system, and a lot of weapons. Final Fantasy VI is almost perfect in every way, from the story to the combat systems to the world. This was Square’s best work ever. Even though it may seem bad that Square hasn’t made a better game than Final Fantasy VI in the 25 years since it came out, it’s really a sign of how great FFVI is. It’s possible that Final Fantasy VI is the best turn-based RPG ever made. It’s now available on PC, Android, and iOS. 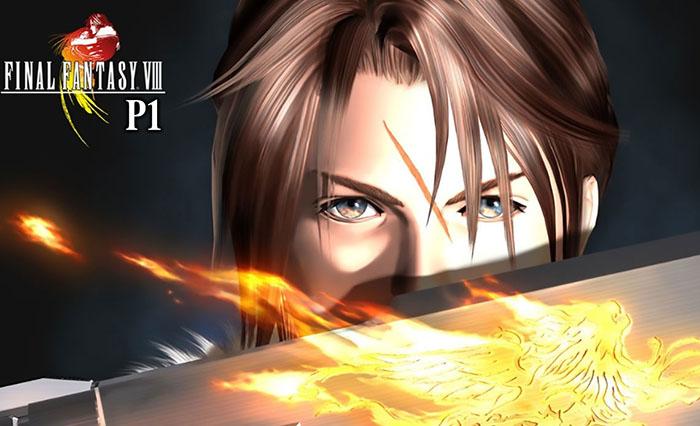 Final Fantasy VIII is probably the strangest and most daring game in the whole series. This is a big part of why we like it so much and why it’s so high on this list. Even though it’s one of the most unique games in the series, VIII never lived up to what VII and VI had done. This is because VIII is so strange. Still, time gives you a new view, and that’s true of Final Fantasy VIII. Now is a great time to try it out since a remastered version is available on PS4, Xbox One, Switch, and PC. Final Fantasy VIII is a game we’ll never forget because it changed the active time battle wheel without leaving the series’ roots behind. The new junction system took the place of customising armour and other accessories, and each main character had a set weapon that made a big difference in how they fought. The biggest change, though, was that summoning became more important. Final Fantasy VIII felt like the first really bold step in a new direction. It had a cool collectible card game and a scaled levelling system that was very different from other games. All of these changes to the game worked in very interesting ways and gave players choices about how they wanted to play. We hadn’t seen this level of detail in a Final Fantasy game before. The planet was a futuristic set of five landmasses based on Europe. Final Fantasy VII was the first game to use 3D models. In Final Fantasy VIII, the models were greatly improved so we could see Squall and his friends in more detail. We’re glad that Square Enix is finally giving some love to VIII as well. All of the mainline games that came before and after it have been ported to modern consoles or remastered. Final Fantasy VIII is now the same way. It’s not a good choice for your first game, though. Even with its shiny new remaster, Final Fantasy VIII is out of date. It’s a very complicated game, and if you’re not ready to deal with its quirks, it might turn you off to the whole series. Our top and bottom picks are much better places to start. Is it controversial to say that Final Fantasy X is one of the top three Final Fantasy games? Probably. But here’s the thing: Final Fantasy X is just as amazing now as it was when it came out in 2001. With the PlayStation 2, the graphics went to the next level, making the Asian-inspired lands of Spira and the models of the characters look more real than ever before. Final Fantasy X is mostly linear, but the environments are big and varied, and the dungeons have some great puzzles. Final Fantasy X also has the best relationship between two people in the whole series. As Tidus goes with Yuna on her quest to kill Sin, it’s always fun to see how close they get. For the first time, the cutscenes had full voice acting, which made them very impressive. They still look great today. Yes, even the famous laughing scene is one of our favourites because Tidus and Yuna are so cute. The story is more focused than most Final Fantasy stories because it is only told from Tidus’s point of view. It can be cheesy, but the fact that it is cheesy makes it more moving. Also, FFX got rid of the active time battle system and replaced it with a turn-based system. The sphere grid gave the levelling system more depth by giving you a lot more choices that let you change a character’s class. And of course, no one could forget Blitzball, Tidus’s famous underwater sport. It would be great if Blitzball was its own game, right? The direct sequel isn’t as good, but it’s still worth playing on PS4, Xbox One, Switch, or PC as part of the HD collection. Final Fantasy VII is very important to me, but that doesn’t change the fact that an actual meteor couldn’t have changed the gaming world more than VII did. You can see how far-reaching this game is by reading the “Impact” section of the game’s Wikipedia page.

VII has the same ability to tell a story with precision that I said Final Fantasy VI had. For example, Sephiroth’s famous destruction of Nibelheim, Aeris’ death, or Cloud and Tifa in the Lifestream are all examples of this. The world of VII is big and full of details, just like the world of IX. Almost every place in the game is important to the story because something important takes place there.