Nintendo’s Switch was designed with local multiplayer in mind, and here are 10 of the most popular co-op games available.

At the moment, AAA video games are heavily focusing on remakes, remasters, and reimaginings, and even Nintendo, ever forward-thinking, is getting in on the act. The Nintendo Switch is home to scores of reimagined classics, from contemporary versions of classic Mario platformers to complete remakes of cherished Zelda adventures.

For this reason, the Nintendo Switch just saw the release of Mario Party Superstars, a mash-up of the best parts of the first three Nintendo 64 titles. There are plenty of fun party games to play on the system, even if it doesn’t satisfy gamers who are searching for completely fresh experiences. It is the sequel to WarioWare Gold, a 3DS exclusive that was released in 2018.

It’s a clean and attractive collection of microgames that requires players to think on their feet in order to score well. Get It Together may not elevate the series’ position as a collection of minigames, but that doesn’t mean it should be overlooked by party game aficionados in particular.

Get It Together also includes a variety of party-oriented games. For Mario Party aficionados, there’s much to get excited about, from bizarre volleyball to a fantastically odd faux-fighting game.

In Mario games, multiplayer co-op can be a little awkward. Few multiplayer platformers in the Mario franchise do it right, from New Super Mario Bros. Wii’s frenzied frenzy to Mario Maker 2’s sluggish lunacy. Although Super Mario 3D World + Bowsers Fury, an improved port of one the Wii U’s most popular titles, hit it out of the park.

Playing with a friend in couch co-op or online is a blast, and the game strikes the perfect balance between challenge and accessibility. This is the gold standard for couch co-op platforming. 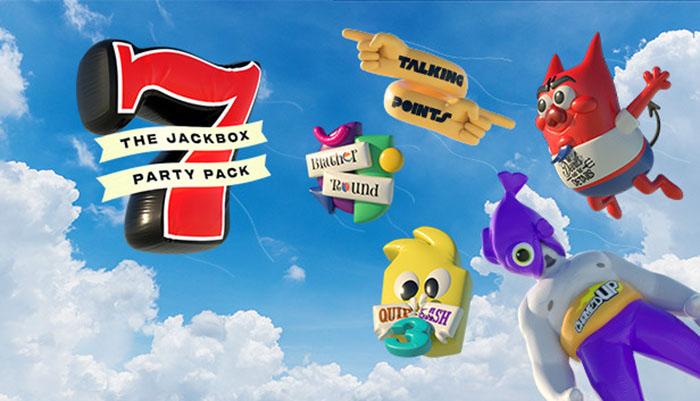 To date, Jackbox Party Pack 7 is the uncontested king of party games that can be picked up and played in under five minutes. This Switch product incorporates elements of both classic tabletop board games and the endless possibilities offered by modern digital party games.

This is a must-have for large gatherings, with games like the ever-popular Quiplash, the amusing drawing game Champ’d Up, and the bizarre Talking Points. Blather Round and The Devils in the Details can be a little confusing, but the seventh chapter in the JackBox Party Pack series is a must-have for any casual multiplayer gamers.

As with the JackBox family of games, What the Dub? urges players to splice together awkward scenes from old and stale films. If you play it with a bunch of pals, it’s like a cross between Quiplash and Cards Against Humanity.

There’s only one problem: it takes away from the convenience of the Nintendo Switch’s built-in accessibility by requiring that every player have a smartphone or tablet nearby. Nonetheless, What the Dub? is an experience that must be missed. That a lot of cooks in the kitchen can be a bad thing?

As it turns out, there aren’t enough in Overcooked 2. Using a hybrid of the Holiday Baking Championship and Minute To Win It, up to four players must work together to distribute chores and complete dishes in the allotted time.

New locations and gameplay concepts are included in Overcooked 2 in order to create even more havoc in the kitchen. Even for newbies, there is a small learning curve, but once you get the hang of it, it’s a ton of fun.

An innocent activity has become an international esports sensation thanks to the popularity of Rocket League. Extreme sports and soccer are combined in a simple yet creative way in this multiplayer game, which appeals to everyone.

It’s as near to a one-size-fits-all video gaming experience as possible. Nintendo’s Switch, with its portability and co-op-friendly features, is the ideal platform for gaming. Developed by the same team behind Overcooked 2 and published by Team 17, Moving Out pulls the turmoil from the kitchen and spreads it throughout the home. With up to four players removing furniture from a home as quickly as possible, Moving Out is both a puzzler and a timed test of ability.

Moving out is a fast-paced joy in real life, but a drudgery in video games. The gameplay evokes the unbridled pandemonium of many of Mario Party’s minigames, with a variety of challenging levels that will challenge the mind while also putting friendships to the test.

Since its original release on Nintendo’s SNES in 1992, Mario Kart has been the preeminent party game. It provides the most fun for four players to be gathered around a video game system.

Until an original Mario Kart game is released for the Nintendo Switch, the Wii U version of Mario Kart 8 Deluxe will have to do. Gamers of all skill levels will enjoy this pinnacle of recreation, which has the series’ most comprehensive array of karts, tracks, and racers to date. The Super Smash Bros. series has been a fixture of every Nintendo console since its debut on the Nintendo 64 in 1999, when the first game was released.

The Super Smash Bros. series’ most ambitious release to date is this year’s Super Smash Bros. Ultimate. Playing Ultimate with a group of friends is the ideal way to enjoy the game’s enormous array of levels, characters, goodies, and modes. Because it can be tailored for all levels of players, the game removes the barrier that sometimes inhibits beginners from joining the genre.

Mario Party is the undisputed king of the party game genre, with more than a dozen releases on several home consoles and handhelds. It has had its ups and down in recent years, but it is still an important part of Nintendo’s video game lineup.

With a significant emphasis on short matches and cross-console local multiplayer, Super Mario Party for the Nintendo Switch is a great pick up and play experience. Those who enjoyed the most recent entry in the series owe it to themselves to pick up its sequel.