Jackbox fans, this list of the finest Jackbox alternatives is for you. Here you’ll find your next favorite game!

Jackbox Party is a great option if you’re looking for a new online game to enjoy with your pals.

Regardless, we’re here to address the question, “Are there any other games like Jackbox Party?” We hope this helps! There is no doubt about it, and here are our top picks.

There will be more titles added to this list in the future, so check back and let us know if we’ve missed any of your favorite Jackbox Party-inspired games! 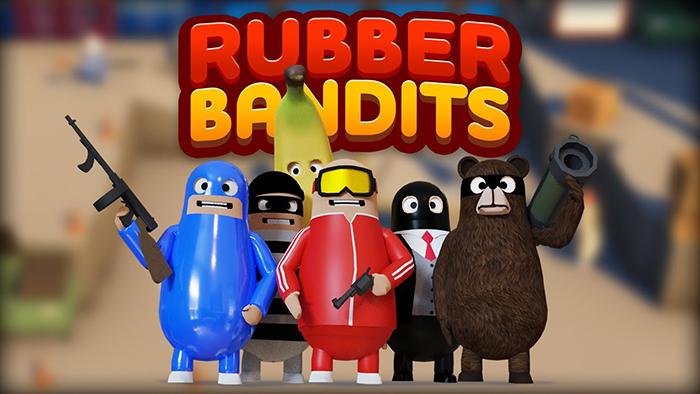 To get the party started, we offer Rubber Bandits to lovers of Jackbox Party, an action heist brawler game in which a crew of robbers collaborates to pull off their greatest score to date.

Every player is on their own when things go awry, and a timer is running out before police come.

There are elements of the Jackbox Party series, as well as indie hits like Gang Beasts, in this game’s gameplay.

If you’re looking for a game with a wide range of gameplay modes and weapons, this is the one for you.

2. Fling to the Finish

Team members in Fling to the Finish use elastic ropes to bind bouncy creatures together in yet another frantic multi-player game.

Race each other through a series of colorful obstacles as you and your pals compete in two-player teams of up to four people.

In order to complete the game’s many various challenges, players must learn to work together and make creative use of the rope.

Fling to the Finish, like the Jackbox Party games, allows up to four people to compete locally and online.

3. Potato Party: Hash It Out Potato Party: Hash It Out is perfect for social gatherings despite the fact that it necessitates the usage of a VR headset by one participant. Everyone else can simply use their smartphone as a controller.

Played with a VR headset, 1-8 players compete to guess what’s being drawn in this new take on quick-draw multiplayer games.

Even when it’s not their turn to paint or guess, the game offers a variety of options for players to get involved.

In addition to the challenges’ particular powers, the artist can choose from a variety of 2D and 3D materials as well as blend colors to achieve a certain style.

For a wide variety of players, including Jackbox Party enthusiasts, Mario Party will never go out of style.

Everybody can enjoy Mario Party Superstars, regardless of whether you’ve played the series before and have seen your share of friendships fall apart or you’re playing for the first time.

100 iconic minigames and five classic boards from N64 Mario Party games are included in the game, which is a continuation of Super Mario Party on the Switch.

Local and online multiplayer are supported, with the latter requiring a subscription to Nintendo Switch Online, like Jackbox Party. Wobbly Life is a chaotic physics-based sandbox where you and your friends play minigames and complete objectives in order to earn money in the process.

Players can roam the globe at their own pace, or they can take on occupations to make money and use it to buy clothes, automobiles, and even residences.

For up to four people, it’s a cooperative or competitive environment full of wacky characters where you can make a fortune.

A excellent alternative to Jackbox Party Packs if you’ve already played through all of them is Wobbly Life, which will have you giggling for hours on end.

Fibbage, Quiplash and You Don’t Know Jack are just a few of the games produced by the same developers behind our next game.

You’ll still have a great time attempting to decipher your friends’ bad drawings in Drawful 2, but you’ll also have a better experience overall.

In addition to additional content screening and moderation capabilities, the option to add user-generated prompts is also included in this update.

Although this game may be familiar to those who enjoy the Jackbox Party series, we decided to include it for those who want to complete their collection.

Think about picking up Use Your Words if you’re seeking for another party game where you can use your smartphone as a controller.

During four hilarious minigames, you and your pals will have to come up with the funniest answers you can come up with.

The game handles much of the heavy lifting when it comes to setting up jokes, allowing you to come in with a brilliant punchline that has everyone in stitches.

You can play with up to six people locally, but you can also allow up to 1,000 people watch and vote for their favorite answers.

Onward to the frenetic co-op culinary game Overcooked 2, in which players attempt to prepare and cook food in the most bizarre kitchen sets ever devised with their friends as co-workers.

All of the levels are filled with a variety of stations, each of which has a certain chore given to it such as chopping or frying or boiling or plating.

While it can be beneficial to your team, this new talent can also make things even more difficult for you and your fellow cooks, depending on how you use it.

For up to four players, Overcooked 2 supports both local and online multiplayer. 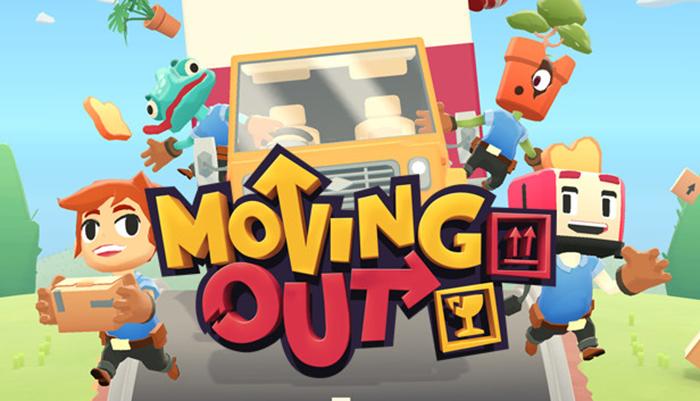 Using a moving firm as its premise, Moving Out is another chaotic co-op party game in the same vein as Overcooked and Jackbox.

Moving people’s things from their old home to their new one while inflicting as little harm as possible is the goal of this game.

This is generally more difficult than it appears, as each level presents its own mix of problems, risks, and opportunities to either help or hinder your fellow movers.

Moving Out’s absurd physics is one of the first hurdles you’ll face, requiring you and a companion to work together to move heavy furniture without causing a mess.

Even though it’s often compared to renowned series like Mario Party, my personal favorite, Pummel Party, stands out for its outrageously cartoonish brutality.

There are a plethora of lethal traps and weapons that can be used against the players and their opponents in this perilous game.

Minigames are played at the end of each move, with the goal of damaging and backstabbing the opposition.

But despite its obvious ties to the well-known Nintendo party game series, it doesn’t shy away from adding more challenging minigames that will take some time to master.

11. Keep Talking and Nobody Explodes

One of the greatest party games to satisfy your Jackbox craving is Keep Talking and Nobody Explodes, which can be played with a VR headset or on a regular display.

Bomb defusers lead other players through an elaborate sequence of problems in this game using a unique handbook.

The experts will need to communicate with the bomb defuser and walk them through each randomly produced module in order to successfully disarm the bomb and survive.

The game’s difficulty begins to reduce as soon as you’ve mastered all of the puzzles in the game’s numerous categories. All three of these games are PlayStation 4 exclusives and part of the PlayLink party game series.

Every game has players utilizing their smartphones to manage their characters’ activities and keep their decisions hidden from opponents, like Jackbox Party.

In Knowledge Is Power, up to six players compete against one other in a variety of trivia categories, each with a unique theme.

There are a variety of strategies players can use to their advantage during the course of the game, including the use of Power Plays to block their opponents from responding questions or the formation of secret alliances.

That’s You is the latest PlayLink game we’re promoting, in which up to six people attempt to answer the most ludicrous questions you can think of.

Each participant takes a selfie with their phone at the beginning of the game. This photo appears later on when a question is asked, and everyone votes for the picture they feel best represents the circumstance.

Throughout the game, you and your friends will participate in a series of drawing, word, and memory tasks meant to keep you and your pals laughing and having a good time.

There aren’t as many minigames as in a typical Jackbox Party Pack, but That’s You makes up for it with a variety of interesting subjects and open-ended questions. Last but not least, Jackbox fans should check out Hidden Agenda, an interactive criminal drama in which up to six players must work together to solve the mystery.

To complicate things even more, the game assigns each individual a secret mission that they must try and fulfill without being discovered.

There are allegations and fragile alliances when someone in the party does something suspect like voting against the majority at a key point of the plot.