Games and World War II They are two very different things, but they work together. One is an entertainment medium, and the other is one of the most traumatic times in world history. Because the conflict was being written about while it was still going on, it is very different. The movies of the early 1940s showed heroic acts in a war that didn’t look very much like the real thing. As the 20th century went on, so did the tradition of making movies about World War II in a made-up setting.

In games set during World War II, you could say we’re revisiting the movie version, but in a more interactive way. Every time a shooter gets to the credits screen, it gives a little nod to movies like Saving Private Ryan, Band of Brothers, or Enemy at the Gates as it goes.

There are many different ways we’ve seen the conflict in movies and TV shows since then. We’ve put together a list below. Putting you in the shoes of a soldier, a general, or a supersoldier who can turn the tide, or even wrap up the whole thing, on their own is a common way to see things. 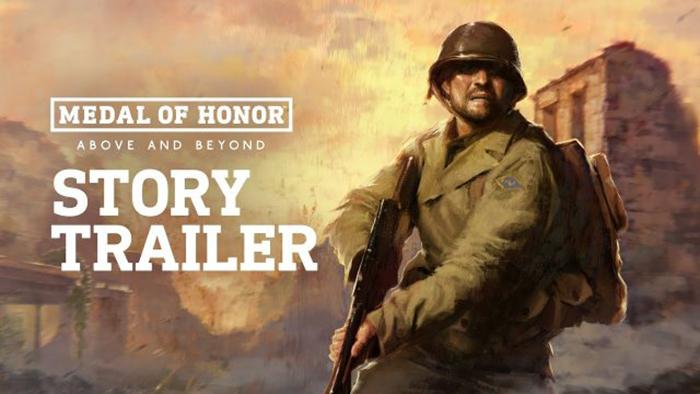 We’re going to start this list by paying our dues. The idea for Medal of Honor came about in 1999 when Steven Spielberg watched his son play GoldenEye on his N64. With World War II in his head while making Saving Private Ryan, the director asked his Dreamworks Interactive Studio to make one of those newfangled first-person shooters set in the war. In doing so, he set the standard for the subgenre for decades to come.

A score by Academy Award winner Michael Giacchino and help from Saving Private Ryan military advisor Dale Dye make it a very cinematic look at the war, which is important. The set-pieces and bombast in its campaign aren’t just fun for the player, but they also help us understand the difference between the fictionalised war we see on the big screen and the real events we keep at arm’s length. For its legacy, if you ever wondered why you kept landing on occupied beaches in games from 1999 to 2005, look no further. Medal of Honor isn’t the most immersive or fun game on this list today, but it deserves to be mentioned because it set the standard for interactive war games.

Relic’s version of the RTS doesn’t have a lot of units or resource management. Instead, you can focus on a small group of powerful but fragile soldiers. The settings are big and fast-paced, so there’s still that sense of a bigger battle. But in Company of Heroes, you’re so close to the units that you feel both ownership over your victories and terrible cold-sweat accountability for your losses.

The simple act of capturing points to increase your manpower gives battles a sense of speed that isn’t always there in military strategy. Instead of a slow but steady march across the map, there is a sense of ebb and flow. Its cutscenes are good for setting the tone, but like the best RTS games, it tells a good story through its missions. 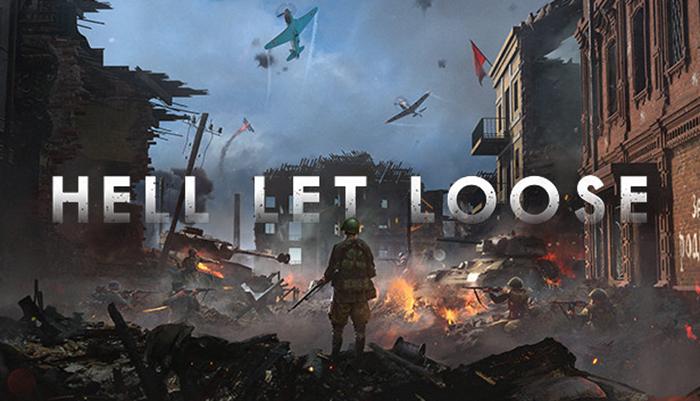 Hell Let Loose’s UI is a little scary because it doesn’t have a lot of things on it. Funny as it may sound, small touches like that help make people feel like they can’t do anything and are at risk. No, not at all. Even when you know that one bullet can and will kill you, it’s still scary to think about. In this kind of Battlefield, teams fight to either move forward or keep their place in the game. Only at structures built by players can respawns be done. If these structures have been overrun, respawns can only be done far away. The most important thing is to stay alive, but at first it looks like it’s impossible to do both with only a bolt-action rifle. It’s hard for online games about World War II to keep a respectful tone. This one does it by highlighting the horrors of attritional war and the terror of being a single soldier in a huge battle.

At an Egyptian dig site, the German SS Paranormal Division unleashes a powerful curse. They then use the power of zombies to help with the war effort, at least until one turkey-guzzling soldier singlehandedly disables the remote mediaeval castle where the reanimation experiments are taking place, saves his captured OSA chum, and kills the officers in charge.

Our history books say that this didn’t happen, and we’re pretty sure that isn’t true. If you think about it, this game isn’t really a World War II game. Wolfenstein has always used parts of the real war and mythology to great effect. The id Tech 3-powered visuals wowed us with what we thought was photorealism back in 2001, but the pace, variety, and integration of the combat still looks great today. As hard as it can be. In the French countryside, two teams of 40 people fight with period-authentic weapons in a slow, methodical, and deliberate way. In Battlefield, if your aim is good enough, you might be able to run into the fight and try to get a few kills. But in Post Scriptum, an artillery shell and a respawn screen put an end to the idea of heroic solo efforts. Instead, logistics, armour, and infantry divisions need to help each other and move in carefully timed pushes together to help the army win. Broken supply lines and a group of soldiers on their own make it easy for matches to be quickly lost.

Loves: Steel Division 2 is a big fan of the technical specs of Second World War vehicles, machinery, and weapons. It’s a lot. There are real historical facts behind all of the unit types it makes, and you can’t help but get caught up in the passion it has for preserving what we know about how the war was actually fought. That makes you think about ammunition in a new way. Even if their morale stays strong, an infantry unit can only fight for so long before they run out of rounds and need the supply truck to come back with more. Heavy weapons like mounted artillery and tanks might take real minutes to reload a single round, so you have to be very careful when you fire them. A lot of fun in single-player mode, but downright scary in its 20-player online fights. War Thunder is a great game because it shows how the land, sea, and air forces all played important roles in World War II. Was originally meant to highlight the war’s big, noisy plane and ship battles, but it soon expanded to include land battles and naval battles, too.

This exceptional free-to-play World War II game has a dizzying number of historically accurate planes, tanks, and boats from almost every country that took part in the war. It also has a great multiplayer experience that is somewhere in the middle of a complex simulation and an arcade fighter. Like a game, War Thunder has a lot of attention to detail that makes it interesting to play. This is how it works: Each machine is unique and each has its own problems. With new vehicles and upgrades to make them better, even when you’re not in the middle of a fight, there are things to think about.

It is a free-to-play multiplayer game that puts you right in the middle of World War II. You’ll fight your way through atmospheric recreations of key battles, build and grow your squad of AI soldiers, and – of course – drive armoured vehicles through the land.

Because you don’t have to build fortifications and deploy equipment in specific places to help your side win, you can build them anywhere on the map. If you love history as much as you love shooting, the meticulously re-created weapons and vehicles are a bonus. You can only use the weapons and vehicles that were available at the time of each historical campaign.