The Xbox 360 was one of the most innovative consoles ever made and also one of the most popular. We usually only think of a system’s ability to last through generations in terms of its graphics or a few exclusive AAA games, but the 360’s focus on online features was what made it stand out.

With the original Xbox, which was a spiritual successor to the SEGA Dreamcast, consoles became a real option for online gaming. This was the console that doubled down on the first full-fledged, paid online service in the form of Xbox Live, which made it easy to play your favourite indie games and chat with your friends.

Even though these were the most important parts of the service, they were not the only ones. Xbox Live for the 360 came with the Xbox Live Arcade and a stream of exclusive video content (XBLA).

It made it easier for smaller development studios to get their games to console gamers, and Microsoft later made it so that even the smallest developers could use the feature. These games are called “Xbox Live Indie Games.”

My teenage gaming years were shaped by the Xbox 360, and a big part of that is because the console made me love indie games. Without a doubt, the indie industry would not be where it is today without Microsoft’s foresight in the late 2000s, and this is the time we’re here to talk about today.

Here are the games from the time that I think are the best of the best. They range from huge successes to games made by one person. All of them are great games in their own right and helped start a part of the industry that has made games so much better. 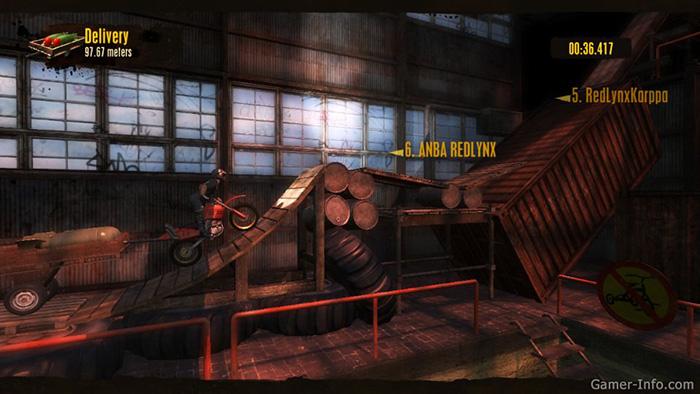 I don’t think my friends and I have ever played an indie game that was as popular as Trials HD. It was a crazy stunt bike game that showed how addicting pick-up-and-play games can be. Trials, a game that is very hard and often very violent, came out as part of the annual Summer of Arcade event.

The idea was simple: get to the end of the game without dying. It’s an old goal, but you’d be wrong to think you’ll have an easy time getting there. In Trials, each course is a very clever and creative trip through physics-based death traps. You’ll enjoy throwing yourself through impossible loop-de-loops, spinning 360 degrees over burning piles of melting rubber, and jumping distances that only the most clinically insane riders could ever dream of.

The further you go, the more complicated and clever each track gets. More than any other game I’ve played, this one makes me want to try just one more time. When you finally finish the main tracks, there’s no better feeling.

Even the end doesn’t really mean the end. Along with DLC, Trials HD had a lot of great minigames called “skill mode.” In these minigames, you had to do things like stay balanced on a sphere as it rolled to the goal or blow yourself up in the most spectacular way you could think of. But the visual leaderboards were the most important part of the game’s long-term appeal.

Every time you played a game, you could see how your friends did. As you rode, their high score and the time it took them to beat the level were shown on the screen. In the same way that you would try your best not to die when racing against a ghost car in a video game, you would also try your hardest to beat your friends so that you could brag about it at school the next day.

Braid was a platformer-puzzle game with crazy time-bending mechanics that was popular on the Xbox 360 back in the day.

When Braid came out, it was said to be a very important game. It was not only one of the first indie games for the Xbox 360, but it was also one of the first games of its kind to bring up the idea of games as art again. I think it’s clear that games have their own artistic value, but back then, we didn’t have a lot of independent games that showed off the art of the medium in their own way.

Braid was one of the first games to be made in a way that was outside of the box. Most AAA games at the time were based on taking advantage of current trends. It was a first for a 2D puzzle game to use a rewind button to solve tricky puzzles. It changed what a 2D puzzle game could be. When you add a wonderfully weird art style and a similarly strange soundtrack, you get one of the most evocative indie games of the past decade.

I specifically remember reviewers of the time being perplexed by what Braid was offering, and it’s so interesting to look back at those reviews now, with the style being long-established at this point, and reminisce about what this unassuming little game accomplished. Even if you never used the Xbox Live Arcade tab when you had a 360, you will have seen ads for Castle Crashers at some point. This cooperative beat-em-up was the most popular game on XBLA, and for good reason.

It brought back a way to play that, at the time, was mostly found in games from the past. Castle Crashers took the best parts of online games and arcade games and combined them into one game.

The game had a good mix of depth and simplicity. The button combos didn’t overwhelm the player, and it was fun to get good at them. There were also RPG elements, which gave the game a satisfying way to move forward without slowing down the action. There were also a lot of characters to unlock to keep you coming back, and like most of these games, the leaderboards were the most important thing.

Castle Crashers was a great game for people who had never played games online before or who wanted a less serious way to get started with Xbox Live. It was a lot of fun to fight with your friends in increasingly chaotic battles, and it was a lot like the 16-bit co-op games that many people played as kids. This was the return of the genre, which was great for both new and old fans.

Most independent games of the time were fun and arcade-like, but Limbo was definitely not one of them. Playing as a lonesome, somber-looking kid in a truly horrifying world, Limbo’s part puzzle, part platformer gameplay was a love letter to all things macabre; it stoked the fires needed to show the world that simple, 2D indie games could actualize horror just as well as their AAA counterparts.

I remember playing Limbo for the first time. It was one of the few times I’ve played a game and seen something truly unique. I remember how impressed I was by how the game’s rough, subtractive art style was able to make me feel so scared.

Limbo was a great example of an environmental story. There’s no spoken dialogue, and we don’t know much about the main character or what’s going on. This makes the danger feel even worse, and the fact that the game makes you feel small and helpless in a nightmare world makes you cautiously explore.

But this game isn’t just about atmosphere. It has some brilliantly designed puzzles to solve, and even though you’ll probably die hundreds of times trying to beat them, it’s all worth it for the jaw-dropping ending. 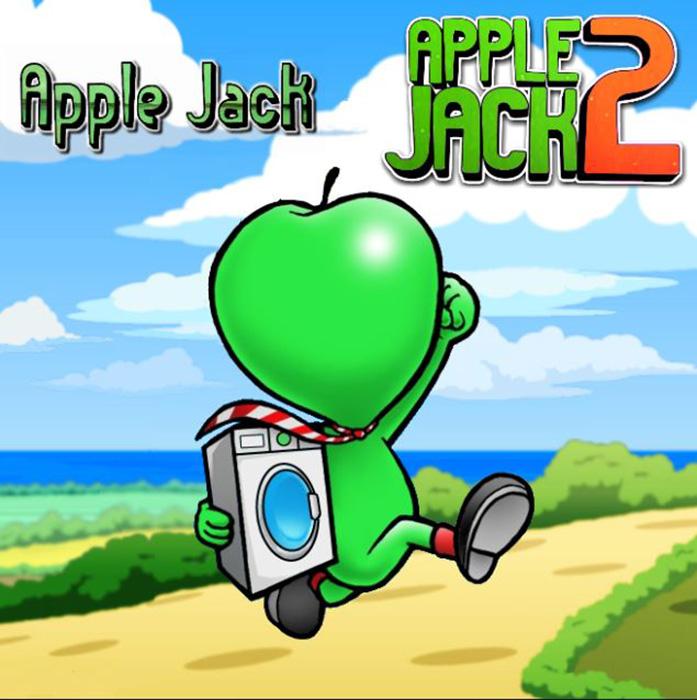 Apple Jack is a platform game, and his head is an apple. When I saw this title for the first time in years, it brought back memories of not only this game but also many others from the programme. The XNA developers kit had a certain look and feel to it. The images were clear and almost glossy, and the primary colours were bright. This style was always associated with Apple Jack, and the gameplay was also based on the XNA style.

This was a straight up-and-down platformer like Super Mario Bros. If you just wanted some classic (but hard) 2D platforming action, Apple Jack had you covered. It combined tricky puzzles with tight, fun platforming, and it had a great soundtrack to boot.

The game was a great example of everything that was great about the Xbox Live Indie Games platform, which is now sadly dead, but you can still play it. Apple Jack and its great follow-up game are sold together on Steam. The sequel is more of the same, which is not a bad thing in this case.

Trials HD was like an arcade’s spiritual successor, but Geometry Wars 2 was a direct step forward. The game was clearly based on the 1980s arcade classic Asteroids, and it is thought that it helped make twin-stick shooters popular.

Geometry Wars 2 was a unique, mesmerising, and timeless experience. It had a neon background of fireworks going off and a great techno soundtrack. I must have spent a couple hundred hours playing the game, and from what I could tell from the leaderboards at the time, everyone else did the same.

This was a bigger version of the idea behind Asteroids. In the main game mode, the player was put in a square grid, and the game play was a classic example of arcade fun. To get a score that wouldn’t make you look bad in front of your friends, you had to stay alive while colourful enemies kept coming at you faster and faster.

Even though it was hard, it was very easy to play, like most of the other games on this list. Anyone could figure out how to use the twin-stick controls—one stick to move and the other to shoot—and the simple but beautiful graphics drew people in.

Along with the main game mode, the extra stuff was where I had some of the most fun with Evolved. In different ways, these modes would limit the player and force them to face new challenges. I’ll never forget how much fun it was to play Pacifist mode with my dad for hours on end.

In 2010, a third game in the series was made. Even though it had a lot of new features, I didn’t find it as fun to play as the second game. The cover art for Bleed isn’t very good. It shows a cartoon girl with pink hair and a gun, which is the kind of generic style that gets lost on XBLIG. But you should not pass up Bleed. It is one of the best action games on the Xbox 360.

The game is set up like a 2D action game, like the kind you might have played on the Mega Drive or Super Nintendo in the 1990s. Still, there’s a lot more here. Bleed is a 2D platform shooter with almost unbeatable action. It has a great slow-motion feature, a lightning-fast dodge that lets you move through bullets like a neon-pink Neo, and an endless supply of bullets. It only takes about an hour to get through, but the real fun comes when you play it again on a harder level.

Cthulhu Saves the World is a spoof of the turn-based RPGs we used to play. You play as Cthulhu, the god with tentacles that horror writer H.P. Lovecraft made up. This Cthulhu is a bit more snarky than the one in Lovecraft’s stories, and he fights by making his enemies go crazy (which is true to the source material).

Cthulhu is looking for a way to get his powers back. Umi, a young woman who is smitten by his rough charms, comes after him. This game could have been doomed to be a never-ending parade of bad jokes and simple gameplay if these two things were put together. This game, luckily, doesn’t fall into those traps. Instead, it opens up into a big RPG with a great sense of humour.