From DayZ’s harsh survival mechanics to its intriguing PvP multiplayer to its fascinating zombie post-apocolypte setting, DayZ spawned an entire wave of survival sandbox games. We’ve put up a list of the ten best games like DayZ for anyone who enjoyed the zombie survival shooter. It is two years after a global pandemic has decimated society when bounty hunter Deacon St. John is forced to survive in the wilderness.

In the post-apocalyptic Oregon countryside, you’ll find forgotten woodland paths, abandoned hideaways, and beautiful views. If it weren’t for the Freakers (Days Gone’s equivalent of zombies) that call the forest home, it would be a terrific place to go sightseeing.

Complex ecosystems are one of Days Gone’s best-known characteristics. Every creature in Days Gone is battling for its life, just like the player. A hungry animal will look for food, a thirsty animal will look for water, and a threatened animal will fight or run away if it feels threatened. You may be surprised by how lifelike the behavior of the animals in quest of food (i.e., you) can be when they migrate underground to give you a nasty surprise.

This is the game for you if you liked DayZ’s ambience and location but prefer a more narrative-driven experience.

2D isometric zombie hunter Project Zomboid is a survival RPG like DayZ. A zombie-infested neighbourhood is the usual setting for each open-world survival game. It is possible for players to construct characters and assign skill points to various attributes and choose qualities that form their character’s personality and play style in Project Zomboid.

With the game’s various interconnected mechanics allowing for innovative, original narrative, open-world survival game fans will enjoy it. Non-zombie NPCs are extremely rare, yet they always represent a threat to your survival: will they help you or shoot you at the first opportunity? Keeping yourself alive becomes increasingly difficult, yet in a way that feels organic and unforced. As time passes, the town degrades, more homes are already looted when you find them, water and power are cut off.

There are thousands of community-created mods for Zomboid accessible online if you’ve had enough of the vanilla experience. In video game history, Fallout 76’s debut will long be remembered as one of the worst. As a result of ongoing improvements, this multiplayer Fallout game now comes closer to the original expectations of players.

In the One Wasteland update, Fallout 76’s absence of NPCs was remedied. With the introduction of new quest-giving individuals and trader NPCs, your wasteland roaming now has a greater sense of purpose.

The multiplayer portion of the game was also reduced as a result of the update. For hours, you can complete tasks, go sightseeing, or establish a base without ever seeing another human being. A rare human meeting becomes more meaningful, unpredictable and risky as a result of these factors

Players of DayZ will recognize the “lonely multiplayer” style of gameplay, which involves long periods of solo exploration interspersed with brief human encounters. Fallout 76 is an excellent game for people who prefer to play alone.

State of Decay 2 isn’t your traditional man-versus-the-world experience; instead, you’re tasked with ensuring the survival of a tiny group of survivors.

Management and survival elements are also present in the game. In order to keep your home base zombie-free and functional, you’ll need multiple people with different skill sets. A larger group, on the other hand, depletes supplies far more quickly, which necessitates a longer search for food and water.

Outside the confines of your base, there is genuine danger. Despite their prevalence, zombies can strike at any time. When you’re out looking for food and supplies, they may even form a group and attack your house.

DayZ players searching for something a little more strategic should check out State of Decay 2’s unique management mechanics and intelligent zombies. 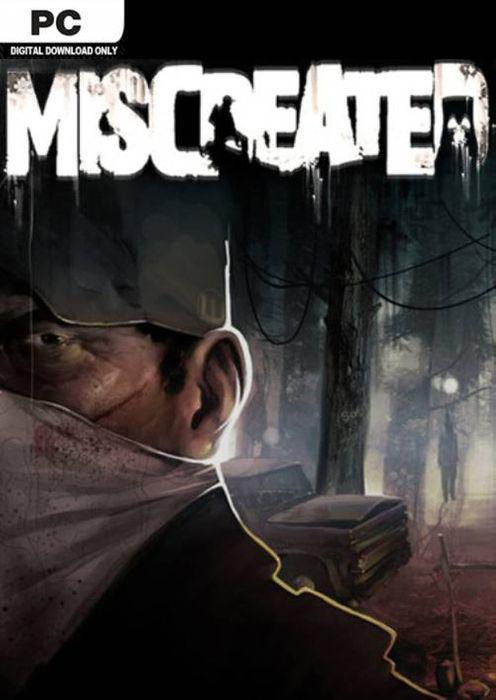 If you’re looking for a DayZ-like experience, Miscreated should be your first stop.

In the year 2089, society has collapsed and nuclear war has transformed most of humanity into deformed mutants. The idyllic suburb where you start out is littered with decrepit houses and encircled by dense forest on all sides. From abandoned bunkers to buried caverns, there’s always something new to discover in those forests. Towering cities may be seen in the distance, perilous locales brimming with precious resources and equipment, but they are also home to hordes of the undead.

Many of the game’s players are willing to provide a hand to newcomers who become lost in the game’s vast map. If you’re not careful, they could shoot you in the head with a gun.

Fortresses and ammo depots can be built with the materials gathered by the players themselves. Miscreated’s harsh atmosphere is a great place to build a safe sanctuary. Watch out for gangs of thieves prowling the countryside in search of unprocessed commodities and live animals for consumption.

With a large map divided into several biomes, Hurtworld is an attractive survival sandbox to play about in. Weapons and equipment can be crafted from the resources found in each biome.

This biome is essentially a safe starting point with low-level resources and plenty of creatures to hunt. Prepare yourself for the tougher environments of the other biomes by stocking up on food and water before you set out to explore new horizons in the other biomes.

The map of Hurtworld is massive. Fortunately, there are a wide variety of modes of transportation to choose from. You’ll get a lot of attention if you’re driving about, but fortunately, you can equip your vehicle with armor to protect it from gunshots and bombs. When traversing several biomes, it’s helpful to be able to store resources in your vehicle and transport them with you.

DayZ players will be gripped for weeks on end by Hurtworld’s diverse settings and intense survival systems. Keep a sharp eye out for other players. In Hurtworld, players will go to great lengths to get their hands on your valuable resources. 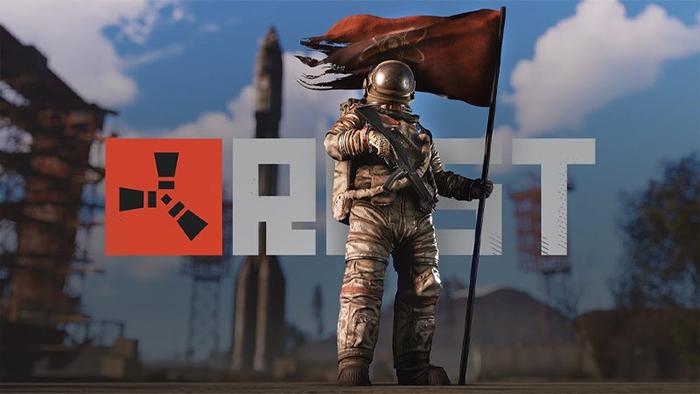 When you’ve had hordes of man-eating survivors prowling the streets of Rust, you don’t need zombie hordes to scare you.

Rust is an open-world sandbox with a strong emphasis on player against player (PvP) action. When a new player joins a server, they are given nothing except their fists and a pair of pants (if they are wearing nudity). You begin a new round by accumulating rocks and slamming them into trees in order to collect wood. After a certain amount of time, you’ll get the ability to construct enormous metal and stone structures.

The most difficult aspect is to stay alive. Stay away from other players as much as possible in order to avoid being shot at. There are still bears, boars, and other wildlife to contend with even if you manage to avoid the attention of the player groups out in search of fresh blood for some free resources. There is no joking around when it comes to cannibals roaming the streets of Rust.

I know it’s hard job, but someone has to take care of all these bodies.

In the vein of the Hunger Games, SCUM is a hardcore variation. SCUM is a reality television show in which you take on the role of a prisoner who has been stranded on an island with his fellow inmates and must fight for his life. To become famous in the game, you must kill other players and simply stay alive.

The metabolic mechanic in SCUM pushes the boundaries of what it means to eat. Eating habits have an impact on a character’s capacity to heal from damage, as well as their skill level and overall health. Your character will acquire weight if they eat fatty foods, which slows them down and may have an effect on their digestive system. Diarrhea can occur if you drink too much water when you’re feeling thirsty. It’s also important to keep track of how and when your body eliminates waste, because doing so releases nutrients and minerals that must be replenished through food and drink.

Were you of the opinion that DayZ’s survival restrictions were a little too lenient? Spend your days trying to keep your nutrition balanced and your fitness level up while dodging zombies, mechanoids, and other players’ gunfire in SCUM.

To enter the mysterious world of Valheim, you and as many as nine other players must work together to uncover its mysteries. To prove yourself worthy of a position in Valhalla, you must build a shelter, obtain food, and kill a number of formidable bosses.

In spite of its open-ended nature, Valheim follows a standard path of fighting a boss before moving on. All of the biomes in this procedurally produced globe have their own distinct environments and creatures to deal with. Weapons and gear that can be crafted over time will aid you in locating, summoning and defeating the game’s bosses as well as increasing your combat prowess.

As much time as you’ll spend exploring Valheim’s mountains, woods, and valleys will be spent defending your stronghold. Unless you’re armed to the teeth with arrows and axes, the monsters of Valheim will occasionally attack your fortress, wreaking havoc on your structures and stealing your loot.

Even though Valheim is a fantastic solo experience, it really shines in PvE multiplayer. You may divide up the labor of creating and protecting your base to make it more efficient (and fun) to play as numerous Vikings.

When playing games like DayZ, it’s nice to have the option to work with others to dominate the environment.

Building and protecting your base against the nightly onslaught of zombies is the primary objective in 7 Days to Die. During the day, you’ll go out and gather materials, make tools and weapons, and expand your base of operations. Zombie aggression increases at night and they’ll knock on your door hunting for a late-night meal. A blood moon occurs on the seventh night of the month, when the zombies are strongest and most numerous.

Voxel-based games require players to build their own bases consisting of blocks that can be stacked on top of one another or joined to the side of other blocks for beam construction. Do not expect to build amazing structures like in Minecraft, however. Gravity will pull down on any parts of your structures that do not have adequate support in terms of structural integrity. There is a limit to how much weight each block face can bear before it breaks apart due to physics.

Your days will be filled with exploration in pursuit of new riches, gear, and supplies to keep you alive like in DayZ. In 7 Days to Die, the day-night cycle assures that every day culminates with an insane fight to the death against waves of hordes of zombies. In search of a more action-packed game similar to DayZ? Look no further.

If you click on an affiliate link and make a purchase while on Cultured Vultures, we get a tiny percentage of the money back. Gaming, movie reviews, wrestling, and more are all covered on our site.