It fits in your pocket, but you have to hook it up to a TV. It’s basically a PlayStation Vita turned into a home console, though it doesn’t work with a lot of the best Vita games.

But why think about games that won’t work? If you want to bring Sony’s smallest PlayStation into your home, you can browse and download hundreds of Vita, PSP, and PSone games from the last 20 years. And to make it a lot easier for you, we’ve picked the 12 games you must play first, most of which are only available on PlayStation. Enjoy! Metal Gear Solid, a PSone classic that is absolutely essential and will always be a part of what it means to be a PlayStation gamer, can be downloaded for a small fee on PlayStation TV. Even though the game is 16 years old, the stealth gameplay is still great, and the story, strange and confusing as it may be, is still fun to remember. One of the best reasons to get a PlayStation TV is to discover (or rediscover) old games. Start here.

On the other end of the spectrum is LocoRoco, a warm-hearted PSP original from 2006 where you rotate colourful stages to lead a group of singing, bouncing blobs to the goal. You can combine and separate the small creatures to solve puzzles and move around, but LocoRoco isn’t usually that hard. Instead, the fun comes from the creative level designs, mind-numbingly cute graphics, and great songs that you won’t forget. God of War and God of War II are two of the best PlayStation 2 games of all time. Recently, they were ported to the Vita and remastered in HD so that you can enjoy awesome, bloody combat on the go. Thank goodness, the set also works on PlayStation TV, giving you a couple of dozen hours of violent vengeance as the main character, Kratos. And if you like these, check out the spinoffs Chains of Olympus and Ghost of Sparta. Both are great PSP prequels that are now available on PS TV.

If you liked mobile tower defence games like Kingdom Rush and Fieldrunners, you owe it to yourself to play one of the best and oldest games in its most complete form. PixelJunk Monsters started out on PlayStation 3, but this Vita version brings together all of the levels and bonus content from different ports into one set. It’s a very well-balanced and fun take on the genre, with a great cartoony look and lots of things to do.

This list shows that some of Konami’s best games were for the PSone, like Metal Gear Solid and now Castlevania: Symphony of the Night. The legendary retro action-platform series was brought back to life in the 32-bit era by taking inspiration from Metroid-style adventures and role-playing games to make a big, exciting game. It is still the best game in the series and in the so-called “Metroidvania” subgenre of action-platform games, according to many fans. The recent indie hit Fez isn’t just for PlayStation, but we can’t help but give it a strong recommendation anyway. At first glance, this brain-twisting puzzle platformer looks pretty standard. However, when you press a button, the 2D world rotates on the fly, changing routes and puzzle pieces. It’s the most important part of a really weird, interesting, and engrossing experience full of secrets, charm, and, yes, frustration, but the good kind that makes you stronger.

Here’s another PlayStation 2 favorite that made its way to Vita in an expanded edition, and for anyone seeking a long-term, deep-dive kind of role-playing experience, Persona 4 Golden is the one to beat on PlayStation TV. Despite what it’s called, it’s a single quest, just like Final Fantasy games. In this well-known adventure, you play as a high school student who looks into murders, fights with monsters, and has part-time jobs. You know, stuff that teens do. 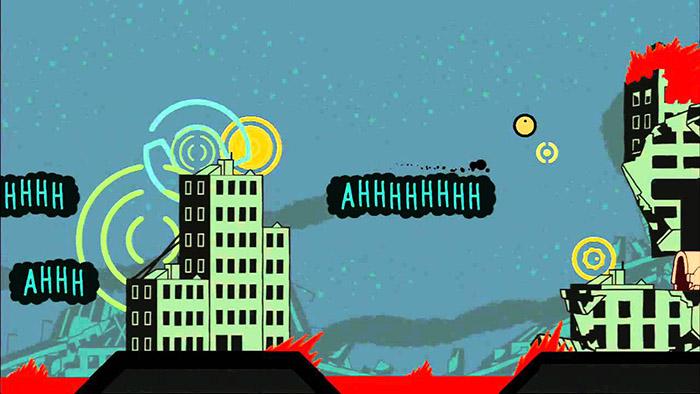 Sound Shapes is one of the newest games on this list. It’s a fun mix of simple platform action and an interactive music video, with a focus on enjoying the visuals rather than facing tough challenges. You will roll a ball through a number of side-scrolling stages, avoiding dangers as the song gets better with each screen. It’s mesmerising, especially the Beck songs, and you can even make and share your own stages.

Wipeout 2048 for the Vita is one of the strange games that can’t be played on the PlayStation TV, but don’t worry: the PSP launch title Wipeout Pure is even better, even though the graphics aren’t as sharp, and it’s one of the best games in the anti-gravity racing series. You’ll drive a hovercraft through all kinds of twisty, stomach-churning tracks, catching and firing weapons at your opponents to take them out. Even after almost a decade, it’s still a very exciting racing event. Sony didn’t just port the excellent original LittleBigPlanet from PlayStation 3 to PSP. Instead, they gave a different team the job of making a new handheld adventure, which is just as strong and satisfying as the console debut. This version of the platform-hopping game is only for one player, but that doesn’t make it any less charming or fun. You guide Sackboy, who is wrapped in burlap, through colourful stages made of knickknacks and real-world items.

The Monster Hunter genre is still going strong, and many studios are trying to cash in on it while also giving it a unique twist. Soul Sacrifice Delta is by far the best game in this genre for the Vita, so this spot would normally go to it. However, since that game isn’t yet compatible with the PSTV, Freedom Wars is the next best thing.

Its setting is amazing, and you’ll always be at war with other Panopticons, which are the headquarters of other factions and are spread all over the world. You can join any of them and then do missions to help them. It has great ways to fight and move around, which make it fun to play. This is a game that you should definitely play on a flat-screen TV. This Vanillaware game was originally only available on the Wii, but it came back to life on the PlayStation Vita, and now it’s supported by the PSTV, so you can enjoy its fast-paced combat, sword collection, and sword evolution on your TV.

You can play as two very different characters, each with their own storyline that ties into the other. But what’s even cooler is that the game has a few DLC packs that add not only brand new characters to play as but also whole new story campaigns to go through. If you like Metroidvania-like games with great art, you should play Muramasa Rebirth.