The SNES Classic Mini has a lot going for it. The small box has a lot of plug-and-play 16-bit goodness. Save states and the new “rewind” feature are good additions, and it’s nice that, unlike the NES mini, there’s a second controller. It also has a great selection of games, including some old favourites like Super Metroid, Zelda: A Link to the Past, Final Fantasy III, Contra III, Super Mario World, and more, as well as the brand-new Star Fox 2. Most people would agree that the 21 games on the Mini are a good number, but most people also have a few games they would have liked to see included.

So let’s say that the SNES mini came with 20 more games already installed. Let’s also pretend that annoying things like getting a licence wouldn’t have made a difference. Even though this still doesn’t include every great SNES game (there were a lot of them), here are the top 20 games that we think would have been great additions. They are in order of when they came out, though the dates were different in different places and some places didn’t get a title.

Read on, and let us know in the comments what classics we forgot to list. 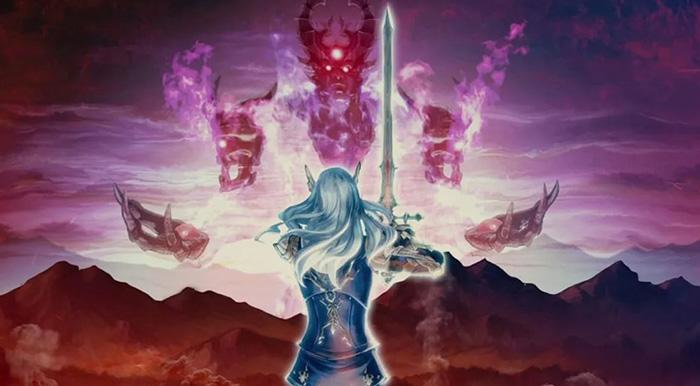 ActRaiser is an early game for the system that came out a month after the Super Famicom. It shouldn’t work. It has both side-scrolling action on platforms and God-sim moments. But instead of being a jumbled mess of ideas, the two styles work well together. For example, you can jump around and slash at monsters one moment, and then build up towns the next. Good graphics in the platforming parts and great music from Streets of Rage’s Yuzo Koshiro make the whole package even better. Square Enix is in charge of publishing, and the company already has a couple of games on the SNES Mini, so this one might have been on there too if there had been more room.

Capcom also has games on the Mini, but unfortunately U.N. Squadron wasn’t one of them. That’s too bad, because it’s a great shmup where you fight waves of planes and big, memorable bosses. Unlike the coin-op from 1989, this is a single-player game, but Capcom added more weapons and let you buy different planes. Attacking supply convoys is a good way to make money if you choose to do so. U.N. Squadron is a lot of fun, and the music is great. You should also check out the original manga/anime, Area 88, on which it is based. You could maybe count Super Punch-Out!! as a sports game, but the fact that there are no other sports games on the SNES Mini is strange. Super Tennis would have been a great addition. It would have been easy to pick up and play, but the controller’s face buttons would have given you a wide range of shots. There are three different types of court surfaces, a Circuit mode, and exhibition matches for the single player. But the game really shines when there are two players. Single or doubles matches (against each other or the computer) make the game good for short bursts of play, but it’s easy to get hooked on, so you might end up playing for a much longer time. The game was released by Nintendo, but it was made by Tonkin House. Since Tonkin House’s parent company, Tokyo Shoseki, focuses on textbooks and educational software these days, it’s possible that this is why the game hasn’t been re-released or put on the Virtual Console.

At first glance, Parodius looks like a regular shmup because it starts in the blackness of space. But it doesn’t take long for colour to show up, and then a wonderful, crazy adventure begins. The game plays like Gradius and has the same kind of challenge, but it has a brighter, more cartoony look and a lot of cute enemies (and hypodermic needles) to shoot. Larger characters include a girl who dances and a pig. There are also a lot of weird things, like a bullhorn you can pick up and use to say things like “Toaster Overheated!” to your enemies.

This port, which was a hit in the arcades, only lets two people play at once (instead of the coin-four), op’s but it added an extra stage, enemies, and a simple one-on-one VS mode. Teenage Mutant Ninja Turtles IV: Turtles in Time looks like the TV show that was popular at the time. It is bright and fun, and you can remember being able to throw Foot Soldiers into the screen (which comes into play in an early boss battle). Classic arcade fun, but it’s not likely to be on the SNES Mini because it’s a licenced game. Shame.

Axelay by Konami is a great shmup with both vertical and horizontal levels that could have been on the SNES Mini. It is available on Virtual Console, at least. There are a lot of boss fights and weapons to unlock, and the game is hard but fair. Atmospheric music and impressive visuals (especially the rolling effect on the vertical stages) help you get into the action and make each playthrough fun. Best shooting game for the SNES? Quite likely. Konami? Again? Maybe they should make a “Konami Box” with all of their best games. Or maybe a pachinko machine with a theme based on them. Pop’n Twinbee is another fun (and this time vertical) shmup that was never released in North America. By default, the game is pretty easy, but going to the options menu can make it a lot harder, forcing you to move around to avoid different attacks. You can nod your head to the catchy music and have a good time shooting at enemies or dropping a bomb on those below. You have a choice. SimCity is a new kind of strategy game in which players build their own cities. You’ll need to provide power, set up a transportation system, keep crime low, deal with disasters, and make sure your residential, commercial, and industrial properties are all in balance. SimCity is a simple game with no time limit or clear goal, but there are also several scenarios for people who like to work toward something. In these scenarios, you might have to deal with traffic problems or stop an alien invasion. The SNES version is very true to the PC version, and using the gamepad to move through the menus is surprisingly easy. The SNES version also has some new features that weren’t in the PC version, like seasons that change and new scenarios, as well as a helpful advisor named Dr. Wright who will give you advice from time to time. More importantly, this version introduced the idea of reward properties like casinos, amusement parks, libraries, and zoos. Nintendo couldn’t help but put their own stamp on the game, so the generic monster based on Godzilla was changed to Bowser, and when a player’s city grew big enough, they got a giant statue of Mario. More than a dozen games came after SimCity, but none of them had the same beautiful simplicity. The SNES version of SimCity is still my favourite in the series, and it’s unlike any other game on the system.