Mobile games are often thought of as fun games that you can play while you’re either commuting or procrastinating. Because of this, there have been a few good things about the progress of mobile technology in the last few years. There are a lot of different game types, but one of the best is strategy games!

1. Raiders of the North Sea In Raiders of the North Sea, the physical board game is brought into the digital world. It has the same elements as the physical game, but in a new way. In the Viking Age, you can become a Viking raider and go on raids to find lost treasures.

The goal of the game is to raid for as many resources as possible and impress the Chieftain of your Viking clan, so that you can become a leader. There are more resources you have, which makes your boss more impressed. If you have more money, you can also make your crew and ship stronger so that you can go on more dangerous raids.

During gameplay, you move your ship in turn. The digital version of the game adds animations to a fair amount of the gameplay, so you can see your ships sail across foreign waters as you plan to raid an unwitting community. You can also play through the campaign mode to get a better sense of how the game works. Ready to play? You can play with your friends online and fight for the most loot!

The game asks you to play through the history of human civilization, starting with tools in the Iron Age and ending with cars that can fly in the Space Age. During your time as a ruler, you get to raid and build your own empires.

If you don’t like microtransactions, this game is still a lot of fun to play. It’s a good game if you like strategy games that give you important moments that will make a big difference in the later stages of your campaign. 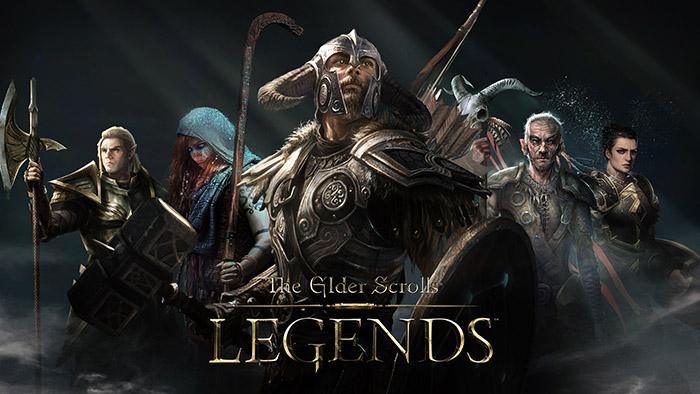 The Elder scrolls series has been popular for a long time thanks to a lot of games for video game consoles. A strategy game called The Elder scroll: Legends has a lot of things that make it fun, like great stories and a good way to play.

The game changes the gameplay style that is used in other card and strategy games. When you fight creatures in this game, there are two lanes instead of just one. As a bonus, you can also change how the lanes work for the rest of the match by putting certain effects on them.

To get an advantage in this game, you won’t have to spend a lot of money. People who are patient can get cards from higher tiers and do good things.

It’s possible to play this game with your friends in tournaments and ranked games. Changes happen in these challenges every month. To stay at the top, you must adapt your playstyle to meet the new goals and stay there.

As a fan of the Elder scrolls universe, you won’t be disappointed by the new mobile game. Elements from the console games have been added to the game. This game comes with its own “campaign,” which you can play through as well.

A lot of strategy games on video game consoles have been based on Sid Meier games for a long time. Now, this powerful strategy game can be played on iOS as well.

The game has been made for mobile devices, but it doesn’t have any bells and whistles with it. It’s the whole game, and it looks as good on a laptop or a gaming PC as it does on a TV. Learning how to play Civilization VI can be hard, but it’s one of the best war strategy games for the iPhone and iPad.

In Civilization VI, you can change how humans move through time. You can do everything from building empires to setting up businesses in a future where everything is run by robots. You can get resources to build your settlement through war or politics. It has turn-based gameplay, and you can get them either way.

Race: It is a race to become the most advanced community in the world. The maps on which you can play the game are also very big, which means that there’s a lot to do.

As a fan of Sid Meier’s strategy games, you should play this game on your mobile device. It’s a must-have. You’ll have to buy the game after you play 60 rounds, but the price is worth it. When you play Subterfuge, which is a war strategy game, you’ll be in charge of bases and submarines as you try to manage your resources to stay alive in the war.

There are new rules in the game. Instead of one game session, the matches in Subterfuge go on for a long time and last a lot longer than they should.

Your base or submarines will be obeyed for hours in real-time when you give them a command. People who play games have to think a little ahead of their opponents and keep an eye on how long it takes the game to do what they say they’ll do.

As a strategy game, the mechanics are a lot to understand. To learn how the game works and what your playstyle or method of diplomacy in the game could be, you will need to spend a lot of time. It can help your war force if you add some modifiers to your list of things. However, the boosts they give to your bases or submarines are only for a short time.

A great example of how simple design and strategy work well together is North, which shows how well they work together. The game is basically a Viking tower defence. You place your units to fight off invaders who come out of the fog and burn the settlement on your island. There are a lot of Vikings on the loose, and you always have to be one step ahead of them. You pick up gold and stragglers on your way between the little land masses.

People use risk vs. reward to figure out how to play the game as a whole. One more island? If things go wrong and your units die, you lose them for good. This can cut short a big investment in upgrading them and giving them things. Each of the beautiful little islands is also randomly generated, and for each house you defend, you get money for upgrades, which makes for a very satisfying game loop. Bad North is one of the best strategy games you can play on your phone. It has a fun look and feel, but it also has a lot of strategic depth. Want to know more? Check out our Bad North review. As a result of this list, there is going to be more debate about the new Kingdom Rush tower defence game, which has caused a lot of controversy. It all comes down to how much you’re bothered by the game’s micro-transactions. They are the only thing that doesn’t make this a great real-time strategy game. It’s completely up to you whether or not you want to buy things in the app. They’re just a little too pushy.

But if you’re willing to look past that, you’ll find another great tower defence game, and one with enough humour and content to keep you busy for a while.