Many people love to play naval combat games. Whether it’s the action of getting on a ship or the tense silence of waiting for your modern artillery to hit its target, few things are more exciting.

This type of game is getting bigger and bigger as time goes on. It can be hard to keep up with some of the best games in the space.

That’s why I came up with a list of my favourite things for a fleet commander who is a fan.

This is the place to go if you’re not sure which naval battle games to play. I bet you’ll find something here! Tasharen Entertainment’s Windward is the first game we play on our trip at sea. It’s a naval exploration and combat game where the world is created randomly.

Create your own faction and set out to conquer the new Seven Seas.

To become the sea’s pirate hunter, or to be an expert in trade or to get things illegally: You can do it, but it’s your choice.

Whatever you decide to do, you’ll need to improve your captaining skills to get through the hard fights you’re sure to face.

When it comes to naval warfare, Killerfish Games has been around for a long time, and Cold Waters is one of their most unique games.

When it was made, it was based on the 1988 game Red Storm Rising, which was based on a Tom Clancy novel of the same name.

As a commander of a nuclear submarine, you’ll have to fight to stop mutually assured destruction and slow down the Soviets’ progress in “Cold Water.”

With 40 different ships to command, a realistic sonar model, and an AI that fights like the Soviets, this game will make you feel like you’re in the middle of the action like few other games.

Majorariatto’s Shipped came out last year, and it has 8-player local multiplayer games in a variety of games, like races, shoving games, and naval battles.

When these little ships are controlled and move, it feels like you’re in charge of a real boat at times. It’s not like anything else on the list.

If you want to win, you’ll have to improve your skills and think ahead.

Tempest was made by Lion’s Shade and allows players to become buccaneers in a Pirate Action RPG that isn’t like any other.

Hire and level up your crew as you win battles and earn money to improve your ship.

It doesn’t matter if you don’t like when ships go down by accident. There are dozens of islands across three regions, and there’s always a new quest to complete.

You’ll even have to deal with some supernatural things, like ancient sea creatures and the cult followers who love them.

The single-player experience is what the game is all about, but you can also play with or against your friends. John Tiller Software makes very detailed and technical games that are more about strategy and depth than about how pretty they look. It’s a good idea to play these games for a few weeks or even months.

Naval Campaigns: Wolfpack takes place on the Atlantic during WWII.

It has 50 different ways to play out conflicts between U-Boats and convoys that protect British supplies and other ships.

One of the best things about the game is that it runs in real time and is very accurate. Those who like to play games like Naval Campaigns: Wolfpack will be able to get very involved in their command roles.

Along with Cold Waters, Atlantic Fleet is one of the best naval combat games made by Killerfish Games.

Play and controls are easy to understand. But it has a lot of complex mechanics that are based on reality and are meant to be hard but rewarding to learn.

When you want to get better, you’ll need to learn military tactics, how to escort people, and a lot of other things as well.

If you want to win the game, you’ll need to fight with warships in the water, but there are also submarines and even planes that can help. 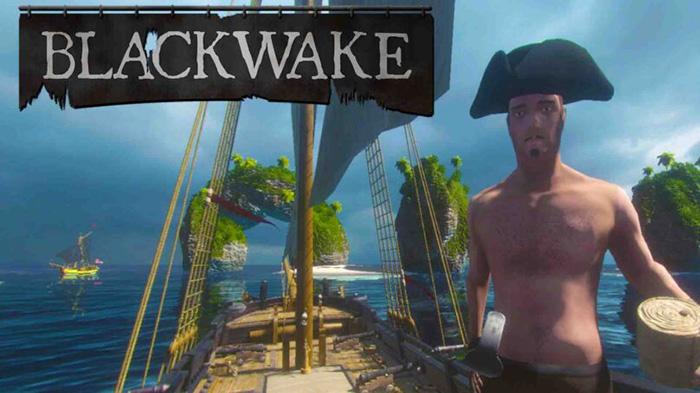 During naval battles, it’s not always the ships and their guns that are at the centre of attention. But it’s the men who run them that make a big difference.

As in Mastfire Studio’s Blackwake: In no game is that as clear as in Blackwake

It takes place during the Golden Age of Piracy and lets you play as a member of a ship’s crew or its captain.

When the ship fights, everyone on board has a job to do, from manually loading and firing cannons to getting on the decks of other ships and attacking them.

It’s hard to talk about games that take place on the sea without mentioning Sea of Thieves, the most popular pirate-themed game of the last few years.

Even though it started out as a game that was a little boring and repetitive, the game had a lot of heart. When Sea of Thieves leaves Steam’s early access programme, Ultimate Admiral: Age of Sail starts. There are still a lot of problems that need to be worked out by Game-Labs, but the game is still worth a try in its curent state.

Spin-off: It’s like the Ultimate General series, but it’s not set on land. It’s all about tactical warfare, except for when you’re on the water.

This game isn’t like most hardcore tactical wargames out there that focus on World War II. It covers the Napoleonic Wars and the American Revolutionary War.

You’ll even get to see the United States Marine Corps start up as landing forces for your fleet.

Even though it has a lot of history, the game is best for its realistic sailing and detailed damage models that let you fire at specific parts of your enemies to weaken them over time.

Carrier Battles was first released on iOS a few years ago. It was a big hit with the mobile crowd because it was a good turn-based wargame, one of the few on mobile. With some help from Avalon Digital, it has finally been made for the PC. It will now be on our list of the best naval war games because it has been made for the PC. Even though this is very well-designed and has deep gameplay and smart abstractions for the Pacific Theater, it is a port of an app.

It has better graphics and other things, but it can’t change the fact that it’s a simple game for a simple platform. That’s not a bad thing, but it’s something to think about. If you don’t like that, Carrier Battles makes good use of Fog of War mechanics and makes you feel the tension of air battles that are taking place far away as you move your task forces to try to control the Pacific. Future upgrades that will make it better than its mobile predecessor are in the works. You can read our Carrier Battles 4: Guadalcanal review for more thoughts. It’s a good game, all in all.

Despite the fact that Command has improved its ground operations simulation, most of the scenarios and focus in the game are on naval (and air) assets for the most part, even though the ground operations part has been made better. No matter how you want to describe it, it’s a great piece of software that should be on every list it can fit on. To keep the tradition going because its predecessor was already here, it’s a good idea.

This game is the best, most detailed simulation of modern warfare you’ll ever play, and the new version has a lot more to offer in terms of U.I. and accessibility. You can read our Operations review to find out more about what we thought.

To get Command: Modern Air and Naval Operations (CMANO), you need to get Command: Modern Air and Naval Operations (CMO). If you already own the house, there isn’t as much new that might justify the asking price. There is a 50% discount for people who already own the base CMANO game until January 31st. Even then, some people may not be able to afford everything that’s on offer. That doesn’t mean you can’t think of it this way: You can think of it as an investment for free content in the future of the game.

When Command LIVE came out in 2020, CMO got its first piece of micro-dlc, Broken Shield 300, on February 24, 2020. In terms of DLC, this is the best one that’s been released so far. It’s also a good sign for the future of small DLC releases on the new platform.