Many movies are known for their theme music. The Lord of the Rings trilogy, Star Wars, and The Last Samurai are just a few examples. Video games also have great soundtracks that are well-known. When we play games, we feel like we’re part of the battles and cutscenes, and they stay with us and connect our memories to the story or nostalgia of the games.

Here is a list of my favourite soundtracks from great games, some of which are already well-known to players and even to people who aren’t players. They have been chosen because they make us feel good, are nostalgic or catchy, or make us laugh. 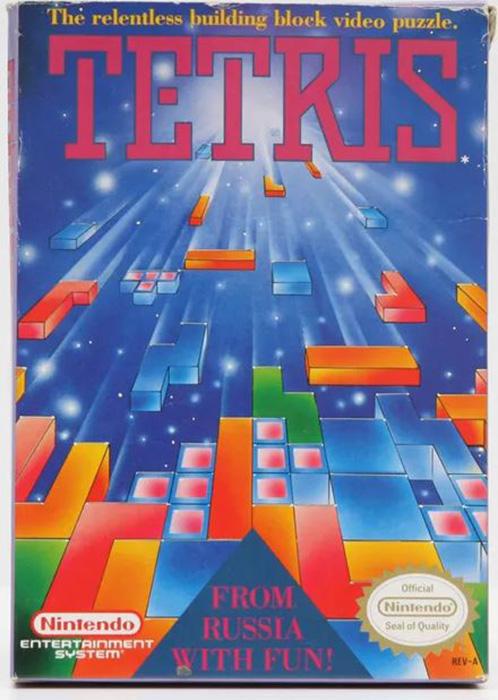 If you want to play Tetris, you can play it in an arcade or on a Nintendo Game Boy. It is still available as a mini-game for phones and even bigger consoles today.

The music is so memorable, catchy, and exciting that it brings back good memories for older gamers who like to play games like this one, too. Make sure you look it up! It’s a real thumper.

During the night, you are walking around the world, maybe by the river or through a forest. You are on your way to your next goal. Then, this music starts.

Having the weight of the world on your shoulders makes you feel both awe and loneliness. This is a truly beautiful piece that fits in perfectly with that.

Even though the Yakuza game series is a serious crime drama, there are still a lot of funny moments that show the Japanese sense of humour.

When you play the karaoke minigame, some songs lead to funny cutscenes of the mafia members dancing and singing to certain songs in costume. In “24-Hour Cinderella,” this is shown in the best way possible. If you like action and adventure games, you’ll like Fallout 3. It was made by the company Bethesda. Even though there have been more games since 3, this one is still my favourite and I have a lot of good memories from playing it.

A heart-wrenching melody in the song “Price of Honor” makes people think about brave patriotism even when there is nothing left of the world they live in. It tells the story of how hard the past soldiers tried to fight, and how sad it was to see how many people died in the war. After all, war doesn’t change.

Malukah sings the end credits song in The Elder Scrolls Online. She is very good. In the gentle theme, you can see the mix of calm and battle, as well as hope and determination. When the game ends, it should have a good ending song like this one.

The Binding of Isaac is a classic cult indie game that was released on Steam in 2011. It is a 2D PC game that was made by a group of people. This game, along with its creepy hidden meanings and adult themes, had great music that fit the mood. For their work on The Social Network and The Girl With the Dragon Tattoo, the founders of Nine Inch Nails have won both Oscars and Grammys over the last decade or so, which is a lot of medals. But in 1996, they wrote the whole soundtrack for the first-person shooter game Quake. He also voices the game’s main character, Ranger, who is dark and gothic and has a lot of scars.

Jay-Vol. Z’s 2 with the help of DMX Hard Knock Life’s “Money, Cash, Hoes” is based on the “Theme of Thief” from the 1989 arcade game Golden Axe. It loops the first few seconds of the track as the heartbeat of the beat. Eventually, the rap legend would change the song. This time he used Memphis Bleek and Beanie Siegel to add more lyrics and Swizz Beatz to help with the production.

If you’ve ever been to a professional hockey game, you’ll recognise “Kernkraft 4000” from Zombie Nation right away. “Stardust,” a song from the 1984 computer game Lazy Jones, is being used in the song’s chorus. During a week in September 2000, Zombie Nation’s cover hit No. 99 on the Hot 100 chart.

Before the year 2000, David Bowie and Reeves Gabrels worked together to make 10 original songs for Omikron: The Nomad Soul. As well as giving his likeness to a character named Boz and the leader of a game’s in-house band, David Bowie also used a few of the game’s tracks on his Hours album, which came out just before this game came out.

The casual 50 Cent follower may be unfamiliar with “You Ain’t No Gangsta” because the track appeared on his never-officially-released project Power of the Dollar, which was originally slated for a July 2000 release. Even so, the heavy-spitting song is still worth noting for its use of “Reclaim the Castle,” a song from the action-adventure video game Tenchu, which is a favourite of the band.

When Muse released their 2001 album Origin of Symmetry, the third single, “Bliss,” took a lot from the popular racing game Top Gear’s “Track 1.” If you have a Super Nintendo Entertainment System (SNES), this game was released in the early ’90. It has futuristic synths that sound like they could be the heart of a modern electropop hit.

Echo was Leona Lewis’ second studio album. “My Hands,” a building ballad, later became the theme for the English version of Final Fantasy XIII, which came out in early 2010. “I didn’t think “My Hands” would be a good match for Final Fantasy XIII, but the strong female protagonist drew me in,” she said in a video for the game.