If you play that game, you have a lot of options. The game’s story is up to you. In one of my previous articles, I talked about a lot of different story games, which you might see again here. It’s fine if you didn’t read that one. Detroit: Become Human is an adventure game that focuses on three android characters, all of whom can be controlled through episodic chapters. It’s up to the player to make decisions on their behalf, but be aware that what you choose can change the story and even kill you!

When this game came out for Playstation 4 on May 25, 2018, it also came out for Windows on December 12, 2019. It was made by Quantic Dream and made by Sony Interactive. A fun fact: Valorie Curry and Jesse Williams, two well-known faces if you like TV shows, did the voices and emotions of the characters.

Lina is the last human cab driver and is looking for her friend. In this game, you play as Lina and help her find her friend. Neo Cab is a nice break from games that make you learn complicated battle modes and grind through hard levels. This makes it a little easier to play.

You get clues by talking to passengers and find out more about them as the game goes on. This is how it works: Chance Agency made Neo Cab, and Fellow Traveller put it out on October 3, 2019. Adventure visual novel games are called Ace Attorney. Phoenix Wright: Ace Attorney is the name of a character in one of these adventure games. There are five games in the series called Ace Attorney. This is the first of them. Defense attorneys are played by the player. They investigate cases, defend their clients in court, and so on. They get information by cross-examining people. Make sure you put on your law hat and start investigating with Ace.

Another thing that they find is that the testimonies and the evidence they found don’t match up. In 2001, the game was made by Capcom and came out on October 12, 2001.

Dreamfall Chapters is a game that lets you control several characters as they explore environments and solve puzzles to keep the story going. It takes place in a world that is both futuristic and magical. It doesn’t have any combat or stealth elements. Instead, it focuses on the player finding hidden things through exploration and making decisions that will change the game.

With magic or fantasy, you can add me to the list. This type of game takes you to another world as you live the life of the character. Dreamfall Chapters was made by Red Thread Games and released on October 21, 2014. It was released by Deep Silver, which made the game. 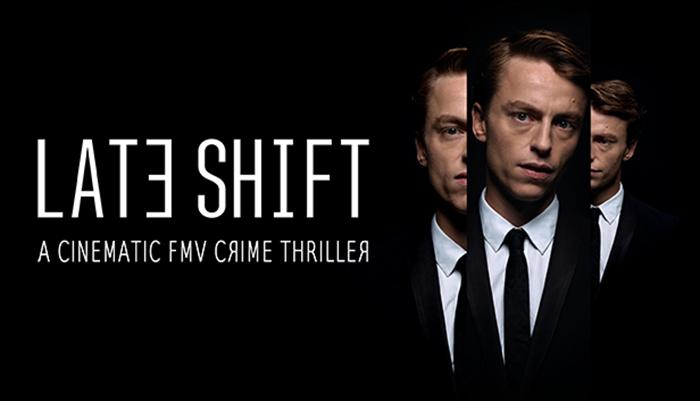 Focussing on a parking lot attendant who gets mixed up with London’s underworld of criminals, Late Shift plays out as an interactive visual novel game giving you choices throughout the story. What’s interesting about this game is that it has 180 different choices that lead to seven different endings, which makes it unique.

There’s always another way to play the game if you don’t like the ending.

A game called The Witcher 3: Wild Hunt is a story that you can play along with. It’s set in an open world. Though you fight a lot of people, you also have to make important decisions through the game, like The Witcher Gerald of Rivia, who can decide who lives and who dies.

CD Projekt released this game on May 19, 2015. This game was made by Cd Projekt Red and released by CD Projekt. There have been a few years since it came out for Nintendo Switch on October 15, 2019. It has also recently been released for PlayStation 5 and Xbox X/S in 2021. The Walking Dead is an episodic adventure game that takes place in the same world as the comic book. The events in the game happen soon after the Zombie Apocalypse in Georgia. Most of the characters in the game are unique to it. A university professor and a convicted criminal are two of the main characters. They rescue a young girl and take care of her. When Lee is trying to find her parents, he becomes a guardian figure for her as he tries to get her back.

This game series has fans all over the world, so the apocalypse keeps going! First, the game was made and released by Telltale Games. It was released on April 24, 2012.

On the Game Boy Advance in 2001, the Ace Attorney series of visual novel adventure games came out, and they’ve been going on ever since. More than 10 games, a Japanese anime, and a live-action Japanese film have been made in the nearly 20 years since. It’s up to the player to look into cases, gather evidence, cross-examine witnesses, and find out the truth.

Though each game was first made for a Nintendo handheld device, most of them have been made for smartphones and tablets. You can get Ace Attorney Trilogy HD for free on iOS, or you can buy it for PC, PlayStation 4, Xbox One, and Switch. Capcom has made all the other games in the series available to buy on iOS and Android.

Choice of the Deathless The text-based method In Choice of the Deathless, you have to fight your way up the ladder of an elite demonic law firm. The game can be played on iOS, Android, and Steam, as well as on the web. Also, you can play for free on the game’s site.