When they were younger, everyone wanted to be Sherlock Holmes, the master detective who can solve anything. Then, some people became hooked on the world of mystery solving, and they kept going back for more.

For the latter, Steam has a lot of games for you to choose from. We’ve put together a list of the best mystery games on Steam that you can play or add to your “to play” list. These games range from classic detective games to heart-stopping horror mystery games.

If you like mystery games, you should check out the games on this list. They’re all good at telling a good story. Once you get into the story, you can expect to have an experience that you will never forget.

The Vanishing of Ethan Carter

There are a few words in the game’s beginning that say that: “This game is a story that doesn’t hold your hand.” Ethan Carter’s world is awe-inspiring in this one sentence. Developed by The Astronauts, it is a single-player first-person exploration game. It focuses more on setting the tone and freedom for the player than on actual combat.

A detective is looking into the case of a missing boy in Wisconsin, and you play the role of the detective in the game. This means you can look back at the past and piece together memories that are shown in the game’s great puzzles. You can also see what happened in the past. These puzzles give the player more information about Ethan Carter’s mysterious disappearance if they can solve them. The clever way these puzzles are done at the same time gives interesting challenges, creative world-building, and a better idea of who did Ethan’s disappearance.

This game is best when it tells a story that will stay with you for a long time. There is a lot to do in the game’s wilderness, and you can do it at your own pace. The huge map of The Vanishing of Ethan Carter is full of clues and details that don’t help solve the main mystery. Outside of the main goal of solving the mystery, it’s easy to get lost in the game world’s beautiful and impressive graphics.

The Vanishing of Ethan Carter is a game that will stay with you for a long time. It’s a good story, it’s good to be free, and the world is one of the best places to get lost in. It shows that games that don’t hold your hand can take you to places you couldn’t have even dreamed of.

If you’re a fan of the Fable series, The Wolf Among Us is a dream come true. It’s based on the Fable comic book series by Vertigo Comics and lets you play Bigby, the Big Bad Wolf. If you’re not familiar with the series, Fables is a dark and “realistic” take on the fairy tales we all grew up with. The world is made up of all the characters from different stories who are trying to live in the real world.

There are five parts to the game called “The Wolf Among Us.” Telltale Games made them. It comes in cel-shaded graphics that look a lot like the comic book art from which it came. To start the game, you play as the big bad sheriff of Fabletown. You start by investigating the mysterious murder of a fellow Fable, characters from fairy tales that are almost impossible to kill. The choices you make in conversations with the colourful and profanity-filled characters will affect how the story moves forward and how other people see you.

The gameplay also includes action sequences where you don’t have a lot of control, but you have to react to certain events to stay alive. Game over can happen if you press the wrong buttons or don’t press them at the right time in a simple one-to-two-button prompt and reticule placement.

Game: The bright and cartoonish look of the game quickly fades away as you get deeper into it and learn about the dark and real-life politics of this classic adult comic book that has been a hit with both kids and adults for years! In Murdered: Soul Suspect, you die at the start of the game. This shows how unique the game is, because it starts the story with your death. Making use of supernatural and detective themes, this single-player game by Airtight Games is about Ronnan O’Connor, a now-dead detective who is tasked with solving his own murder.

It is set in modern-day Salem, where the game takes place. You play in a sandbox-style world that is haunted by both the ghosts of buildings and the people who used to live there. When Ronan, who is a ghost, interacts with both the past and the present Salem, he solves his own mystery as the main goal.

It’s possible to help a lot of interesting side characters who have their own problems that need to be solved before they can go peacefully into the afterlife. So, as a reward, you get to see more of the dark and forgotten secrets of Salem.

Ronan uses a lot of supernatural powers that you usually think of when you think of ghosts. As a wandering spirit, he can take over living people so that he can read their thoughts and change how they think. You can also pass through walls, move things telepathically, and teleport to short distances.

As you fight against demon spirits that can only be killed by being right behind them, all of these things work well together. This simple but important mechanic encourages the player to use both stealth and cunning to get through certain parts of the game.

You don’t see many games today that follow the same pattern. Danganronpa V3, the third instalment of visual novel games made by Spike Chunsoft, is an exception.

If you’re from Japan, you’ll notice that the game’s structure and art are very different from Western-made games. Graphics in this game are either going to make you love or hate them. They go from 2D anime style to first-person 3D roaming.

Danganronpa V3 has a new group of characters, but it still has the same basic idea: a group of high school students are kidnapped by weird evil mascots and forced to compete in a game of finding the culprit and living until the end.

Danganronpa V3 has three parts: School Life, Deadly Life, and Class Trials. Each of these three parts has its own gameplay. In School Life, players talk to each other to move the story forward until someone is killed. This then starts the Deadly Life mode, where the player has to look around the 3D map in first-person view to find and gather clues.

To say that Danganronpa V3 and all of its previous games are unique is not enough. The three main types of gameplay, as well as the mini-games, each have different mechanics. These mechanics are not only interesting, but they are also good ways to tell a story and solve a puzzle.

If you like the well-developed characters, you’ll be heartbroken when the story comes to an end with blood and tears mixed together. Phasmophobia is a four-player online co-op game that goes deeper into horror and mystery games. It breaks the mould of what a murder-solving game should look like. The game was made by Kinetic Games and puts you in the shoes of one of four investigators who have to meet certain goals in a contract.

It is at the heart of Phasmophobia’s unique gameplay that you can communicate with both the ghosts you are investigating and the other people in your team. A microphone is a must for this game because it uses speech recognition technology to let you talk to the ghosts and certain equipment by saying certain words.

When you play Phasmophobia with other people, you start by joining or making a lobby where other people can join and set the rules for one game session. Getting the main goals done and taking part in some optional quests requires that certain equipment be bought. Each game will give you a certain amount of money based on how well you do and how hard it is. You can use this money to buy new equipment.

Phasmophobia is a true-blooded mystery-solving treat disguised as a scary horror game. People who don’t like scary games or movies are fans of the game. This is a good thing because the game is very different from other games and it has a great co-op experience that even the most apprehensive player will enjoy.

Return of the Obra Dinn

Most of the time, a mystery game wants you to act like a detective. It’s a job that you have in Return of the Obra Dinn. Suddenly, a long-lost merchant ship comes back to life with no one on board. You have to look at the ship and figure out what happened on the ship’s ill-fated journey. This is a one-of-a-kind game with a unique 1-bit visual style that is very fun to play.

The Obra is back. Dinn can also be played on PlayStation 4, Xbox One, and Nintendo Switch, as well as on PC. 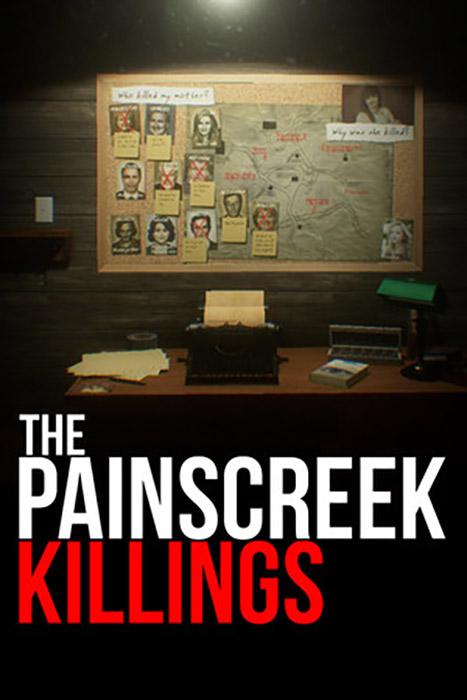 People in Painscreek were shocked by a murder in 1995. It’s been a long time since the murder was solved, and most of the town has moved on. A young reporter, Janet, is sent to the town to look into this cold case. You play as Janet and try to solve the case. While The Painscreek Killings isn’t a horror game, it can be genuinely frightening to explore the empty town. The game has very little help and asks players to do real detective work in order to find out what the town is all about.