A lot of people, including me, say that the Super Nintendo is the best video game console ever made. This system is a “all-time all-timer” because it has a huge library of games, hundreds of classic games that are widely thought to be the best games ever, and a very comfortable controller. Even though there were a lot of games for this system that made it to the US, there were also a lot of games that couldn’t make it across the ocean (even though some of these made it to Europe… jealous).

Only games I’ve been able to play are on this list, so it may be missing some hidden gems. Since I don’t speak Japanese, I played these games by using European versions, fan translations, or just guessing my way through the menus. Many of the games on this list are role-playing games (RPGs). This is likely because people in the early 1990s thought that RPGs wouldn’t do well in the US.

All of these games can be played easily on a SNES emulator (like SNES9x or ZSNES), but you’d have to download ROMS, which is against the law, so it’s up to you. 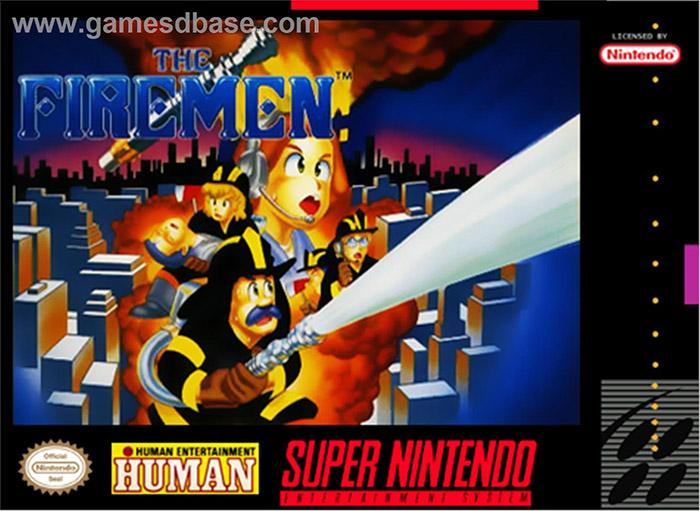 The Human Corporation put out The Firemen for the SNES in both Europe and Japan. It is a great game. The goal of the game is to put out fires and save lives, which is pretty obvious. This game was localised for English-speaking countries in Europe, so I was able to play and fully understand it. In the game, Pete is a firefighter who is in charge of putting out fires and saving the lives of innocent people who are hurt in the fires. Even though this might seem like a pretty simple idea for a game, it is awesome and well-made. Pete and his unlimited water cannon can shoot flames out of the way, but the game isn’t too easy because you only get a certain number of continues and the fire can sometimes get too close. The only way to explain how awesome this game is is to play it. It is the fifth game in the tactical RPG series by Intelligent Systems. This game takes place in the middle of what happened in the fourth Fire Emblem game, Fire Emblem Genealogy of Holy War, if that’s a word. You play as Lord Leaf or Lord Lief, depending on which translation you use, and his army to save the world and bring Lenster back to its former glory. Leaf is the son of Cuan and Ethlin from the first half of Fire Emblem 4, and the story takes place just before the second half of the fourth game. Even in the second half of FE4, you can play as Leaf.

The game play is great, and the player has to carefully plan each move because one wrong move or one set of unplanned reinforcements can ruin everything. Some chapters also have a “fog-of-war” feature that hides enemies and parts of the environment beyond a certain distance. Thanks to a fan translation of the game on the internet, I was able to play it with most of the story and all of the menus translated. You can find a link to this translation below. If you speak English, the Fan translation is your only hope. Even if you could read Japanese, the cartridges are rare and cost at least $300. In the 1990s, the most popular RPG series in the world forgot to send its fifth instalment, as well as its second and third instalments, to North America. This is a damn shame, because Final Fantasy V is one of the most unique games in the series and one of my favourites. I think this game has the best battle system of any Final Fantasy game because it makes Final Fantasy III’s (Japanese NES game) already great job system even better. Depending on what you need, you can change a character’s class during the game, and abilities from other classes can be used with the new class. So, basically, you can make as many different combinations of characters and battle strategies as you want. You play as Butz or Bartz, depending on the translation, and you try to stop the bad plans of Ex-Death, who controls dimensions and has a name that sounds dumb but is a total badass.

This game has a very good and extensive fan translation for the SNES version, an official English release for the PSX as part of the Final Fantasy Anthology, and an amazing remake for the GBA with extra features that is, without a doubt, the definitive version of the game. But since I played the SNES version first, it will always be my favourite. Rockman and Forte, also called Megaman and Bass, is a classic Megaman Adventure game for the SNES, similar to Megaman 8 for the PSX and Saturn. A lot of the sprite work from 8 is used in the game, which makes it look good overall. The best part of the game, though, is the great platforming gameplay that has always been a part of the Megaman series, especially in its best years.

You can play as either Megaman (Rockman), the classic blue bomber who has been beating up robots since the late 1980s, or his new enemy Bass (Forte), who was in Megaman 7. Megaman has his classic move-and-shoot single-fire blaster that can be charged. Bass, on the other hand, has an arm cannon that can fire in three-shot bursts in seven different directions (except down), but it can only be used when Bass is standing still. They also have different skills. Megaman can slide low to get to places Bass can’t, while Bass can dash and double jump to get to places Megaman can’t.

Megaman and Bass have had very different life experiences, which gives the game a lot of ways to play. It also makes the game more interesting overall, since each character has different strengths and weaknesses when fighting bosses. Many people like to play as Bass because he looks cool and can double jump. I, on the other hand, like to play as Megaman because he can move and shoot, which makes things a lot easier for me. Either way, it is a damn shame that this gem was kept in Japan in the early 1990s, because it is easily one of the best Megaman games ever made.

Both the fan translation and the English GBA release of this game are great. However, the graphics in the SNES version are by far the best. Some people like the most fun version of Tetris, and with good reason: its special powers and ability to choose pieces from the same queue give it a lot of depth. Bullet-Proof Software tried to make a Tetris game that was fun for fans of arcade combat games like Puyo Puyo, and there’s still nothing like it. – A game with Hello Kitty? Yes, licenced food isn’t usually good, but every once in a while you’ll find a gem. Sanrio World Smash Ball is exactly what it sounds like: a two-player arena battle game that’s fun for people who like games like Windjammers. Check out this video to get a better idea of how the game is played. –