When you’re just starting out, it can be hard to find the right game to play to help your channel grow. As fun as it is to play games like League of Legends, it’s hard for new streamers because there is so much competition. In our experience, we’ve found that indie games and fun party games are better at getting more people to watch. This list tells you which games we think are best for small content creators who want to build their channel, become a Twitch affiliate, and grow their community. Albion Online is an MMORPG that lets you play in an open-world sandbox. It has a huge player base and a lot of buzz because it now lets you play for free. Because of the full loot PVP and huge, high-risk group fights, this is a great game for streamers. When you think about the early days of Runescape, think about people killing each other in the wilderness. But now, there are huge fights between 100 guilds against each other.

People who play video games often want to do a lot of damage and kill people, but they also want to ride on a mount and steal player gear from both sides. Choose what you want. People will have a lot of fun watching your videos because of the all-or-nothing nature of the situation. Another good thing about the game is that it has a very loyal group of people. Once you figure out what kind of game you want to play, Albion has everything you need. You can play PVE, PVP, or buy land for your bow-making business. In order to learn more about the game, click here to see the full trailer.

As soon as Phasmo went on sale in September 2020, it was a big hit with people who bought it early. Halloween was a big time for streamers and viewers to get in on the fun, so many people teamed up with friends to go on paranormal investigations with them. This is where the game really shines. The jump scares. If you are a Twitch affiliate, we think you should add a bit donation alert with the sound of a scream. Not only does this help you make money, but it also makes people happy and makes clips that can be shared on your social media. Minecraft has been the best-selling game of all time since it came out in 2009, when it first came out. The sandbox game has become a big hit with gamers. Minecraft is a good way for people to get to know each other in a group. People can relax in the game’s nostalgia. Minecraft is one of the few games where people can play with streamers at the same time. Getting people to play and help with projects makes them very invested in them.

Smaller, niche game with a lot of fans. Suspense helps people remember because they want to know how the round ends. Will the streamer be killed in a gruesome way?

You can also play the game with your viewers, as long as you stay the killer and keep looking for them (otherwise, they are able to track you down). This will make other people wonder if you will be able to find their friends. If you have a lot of people who want to play with you, you can use a random generator or only let them play as subs. Runescape was first released in 2001 and quickly became a huge hit with gamers. OSRS (Old School Runescape) is what many original players like to play and watch because it brings back good memories.

There are a lot of different fields and skills you can learn to make your own niche and keep your viewers interested. Player-owned homes and guilds also give you the chance to hang out with your viewers.

The people who watch OSRS are mostly older fans who are now between the ages of 25 and 35. Many of them work and have a little extra money they can spend on donations and subs. It’s also very common for people in the community to give each other in-game items and money.

One of the biggest games of the year is Animal Crossing. This is a new game. This site has a lot of fans and people want to see what other people are up to. Feel-good game: It’s very open to everyone. Everyone can do well and have fun without having a lot of skills. Take part in the debate about peach trees and pears trees by telling us what you think about it!

The Legend of Zelda: Ocarina of Time 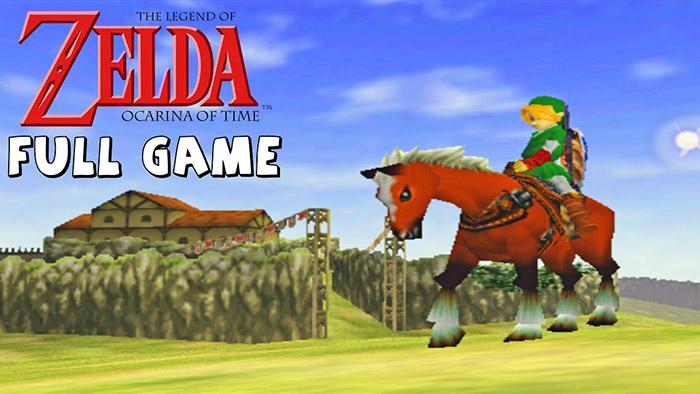 The Legend of Zelda: Ocarina of Time was the first Zelda game to be released in 3D. It was released in 1998 and has a lot of nostalgia around it. Visit any “Song of Storms” cover on YouTube to see how much people still love the game and story decades after it came out.

Zelda games, in general, make it easy to play a game while still being able to talk to your friends. Like OSRS, these viewers are likely to be between the ages of 25 and 35, like them. A lot of people are going to be there to “re-experience” the game through someone else’s eyes.

A lot of people love the new game called Super Mario Maker. It is part of Nintendo’s popular side-scrolling platform game. Fans of Mario can make and share their own courses. Over 7 million courses had been made, which had been used over 600 million times in May 2016. For people who stream on Twitch, it’s the best game for talking to people. You can take level requests from the chat, or you can try the hard courses in the 100 Mario Challenge, which is a lot of fun. Nintendo’s iconic Mushroom Kingdom has never been so fun to play with.

On Twitch, the worlds of gaming and real life are becoming more and more mixed up together. An IRL channel is now available on Amazon. It lets people share things from their real lives with other people. When Twitch moves from being just a game streaming service to being a full streaming service, IRL will be the next step. The channel is meant to help and encourage Twitch broadcasters get out of front of the computer and share content from their real lives. There are some who think IRL doesn’t belong on a list of games. It’s an exciting new development that is appealing to new people, so streamers who start out need to know about it. There were more than 80 million hours of League of Legends being streamed on Twitch in 2017. LoL is an online game that has a freemium model. It is a battle arena game. Video game players take on the role of a summoner in LoL. They control a champion with unique abilities and fight against teams of other gamers or computer-controlled champions in the game. Even professional gamers like it. There is a lot of competition going on. This year’s World Championship was watched by more than 60 million people and had a prize fund of more than $4 million. LoL has a huge fan base, which means there will always be people to watch streamers.