Just like in movies, more and more sex is being added to video games as they become more popular. Back when video games were just starting out, all they had were plumbers trying to jump over barrels or strange-looking creatures that spat fire. But they have come a long way since then, and the more real they get, the more they show emotions, blood, and even sex. In fact, the sex in a lot of games has gone beyond what is real now. With all of the fantasy-based stories, sex in the gaming world has a lot more to offer nerds and anyone else who wants to escape than it used to. These days, sex scenes are made with so much detail, and why not? It is a big part of the news that most people see. But instead of being interesting, many of these come across as strange and even funny, especially when they happen out of the blue.

Now, these sex scenes in games may seem strange, but we enjoy watching them when they pop up out of nowhere, and they do add to the fun of games in some ways. So, if you want to spice up your gaming experience and are looking for games with the best sex scenes, we have a list just for you. Be aware that the sex will happen when you least expect it, so don’t play these with anyone else around. Here is a list of the most steamy video game scenes. 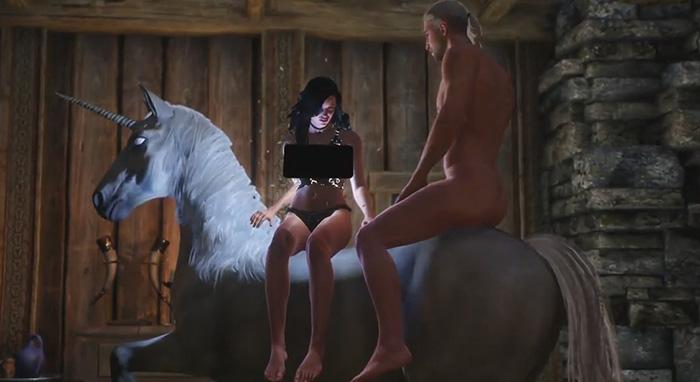 The main character of “The Witcher 3: Wild Hunt,” Geralt, is one of the most sexually active men in video games. He wants to have sex with almost anything that moves. Because of this, chances to get laid keep coming up quite often and in the most unexpected ways as the game goes on. One minute, you’re trying to make a deal with another character, and the next, you’re making out with the same character in a room full of candles.

The best sexual scene in this one is when Geralt runs into Yennefer, a girl he used to date. The sex here is easy to guess and even normal for a video game. But banging on a stuffed unicorn is probably not the best way to get back together with an old love. Even though you know about his scene now, you won’t be able to guess this one. It comes out of nowhere and hits you in the face. 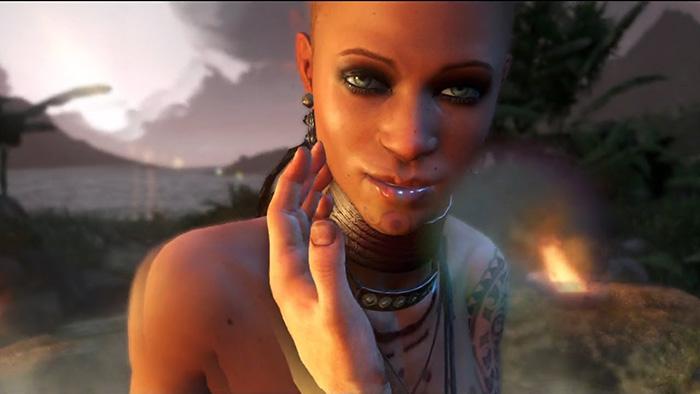 The main character of this game, Jason Brody, fights hard against anyone who gets in his way of saving his friends. He lives up to his badass reputation. His friends keep getting into trouble, and one of them even gets taken by a psychopath and used as a sex slave. But in the end, Jason is the only one who can save them, and he does a pretty good job if you let him.

Far Cry 3 is more like a “choose your own adventure” game, where you decide what Jason should do next, and each choice has different results. You can kill your friends or hook up with the leader of the Rakyat Warriors, depending on one of these choices. If you leave your crew and give in to your fantasies, you can have crazy good sex with the leader, Citra. But when you give her your seed, she stabs you in the chest and leaves you bleeding. This teaches you a very important lesson about life: doing what feels good isn’t always the right thing to do. “Silent Hill 2” is a survival game where you play as James Sunderland, who is looking for his dead wife in an abandoned city. A crazy character with a silly name called the pyramid head scares you the whole way through. He looks a lot scarier than his name makes him sound. He just appears out of nowhere and does strange things to confuse and scare the main character. In one part of the game, James just walks down a hallway and catches a glimpse of a room full of dead bodies that look like rag dolls with pyramid faces. This game has one of the strangest and most unsettling scenes in all of gaming, which fits right in with the rest of the game. If this one gets you excited, you should see a doctor.

‘GTA: San Andreas‘ went viral when it first came out because, in the open world view of the game, you could pretty much do anything you wanted — from getting fat to blowing up police cars to beating the hell out of random people and almost anything that distracted you from the main mission of the game. People who played this one should have been happy, since there are so many things to do and so many distractions everywhere. Wrong! They wanted more, so when the coffee mod for this one came out, you could dry hump the women in different positions as the main character. To be honest, seeing this was kind of creepy. “Ride to Hell: Retribution” is not one of the best games out there as a whole. With a terrible score of 19 out of 100, the game about the biker movement of the 1960s has one of the worst scores on Metacritic. But the sexual scenes in this one are way too strange and scary. One scene that comes during the initial moments of the game portrays the main character beating the crap out of abusive John and then getting on with a girl in doggy style with some typical porn music playing in the background. Even though the characters don’t seem to be having much fun, it’s still a good sex scene. Bioware games are known for their explicit sex scenes and the main character’s occasional quest for loot, but “Dragon Age: Origins” goes a little further than the others. If you make the right move at any point in the game, you can get laid with one of your friends or almost anyone else, depending on your race and gender in the game. One of the best things is that you can talk to any of your friends whenever you want, right in front of everyone else at camp. Even though they are all close friends, they really need to get a room or at least a tent.

Since the series is known for being for adults, it’s not a surprise that this game has explicit sex scenes. In one, Franklin works as a paparazzi and tries to take pictures of famous people. But if there wasn’t something clear, not everything would go as planned. Here, Franklin finds an in-game celebrity named Poppy Mitchel having sex on the garden table, and he is told to take pictures of the act. Don’t you think it’s a pretty cool job?