The best drinking card games are a lot of fun to play with your partner, your best friends, or a bunch of strangers at a party you’re throwing. But why is one game of drinking cards better than another? Well, that depends on you and who you’re talking to. Most drinking card games aren’t very complicated, which makes sense, and they all have the same goal: to get people drunk quickly. Still, there are a few important things to keep in mind as you look for the best options.

First, you should think about who you’re going to play with. Since all drinking games involve drinking, you have to be 21 or older to play. Are you looking for games that are meant to push the limits and are not safe for work? Or are you looking for a drinking card game that can also be used to break the ice? Or do you need a game that is a lot of fun to play when you’re drunk, but that your sober friends and family can also enjoy?

Next, make sure you choose games with a lot of cards so that you can keep playing them for years. Games with 100 cards or more are a good place to start, but games with expansion packs are also great for keeping things fun and interesting over time.

Below are some of the best drinking games. Some of them are made to be played while drinking, while others are just fun to play while drinking. The best part is that each one costs less than $30 and has high ratings on Amazon.

These Cards Will Get You Drunk These Cards Will Get You Drunk is a good choice if you want a fun, easy card game that you can play with just two people. Players just take turns drawing from a deck of 100 cards and then following the instructions on each card to see who has to drink next. Most of the challenges on the cards are pretty mild, like: “Choose a person and try to guess what colour their underwear is. If you are right, they drink. If you are wrong, you drink.”

The game has an impressive 4.4-star rating on Amazon, and there is an expansion pack called These Cards Will Get You Drunk Too that will keep the game fresh for years. Also, it’s important to know that this drinking game can have anywhere from two to eight players. If you’re playing with just one other person, the rules will be a little different, but you’re also more likely to get really drunk!

Fans say things like, “I love the idea of the game—easy it’s and fun to play, there aren’t any complicated rules, and it’s really just a good reason to drink” (and force everyone else to drink as well). We were laughing the whole time, and it kept getting funnier as we drank more. I think this is a great idea.”

Never Have I Ever Party Card Game, Classic Edition, Ages 17 and Above 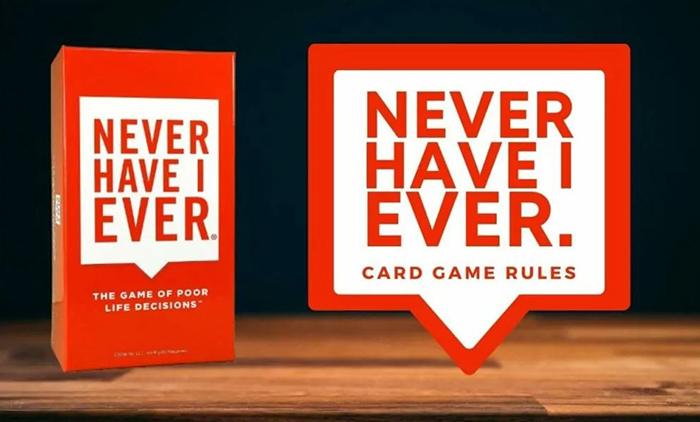 Never Have I Ever is another easy card game that is fun to play while drinking, but sober people can also enjoy it as long as they have some non-alcoholic drinks on hand. When a player has 10 “play cards” on their “wall of shame,” they have won the game. Some of the cards are harmless, like “I’ve never been pushed into the pool while fully dressed,” but the confessional and NSFW nature of the game is kind of the point.

This game is made for at least four players, but it can be played with more than twelve, and the 550 cards in the deck keep things from getting boring. Also, more than 1,000 people have reviewed this game on Amazon.

Fans say things like, “This is a fun game to play with friends while having a few drinks. Some of these cards are really funny.”

Kings Cup is the king of drinking games, in more ways than one. This popular card game is always a hit at college parties, especially when there are a lot of people there, and it’s always a lot of fun. But if you haven’t played in a while, here’s a refresher. You’ll need a deck of cards, a cup, and your favourite drink to get started. The players sit in a circle with the cup in the middle. Each player takes a turn choosing a card from a pack that has been mixed up. Each card tells the player(s) what action they must take. Here’s what each card means and what it does. Keep in mind that there are usually more than one way to interpret a card, so you may be used to a slightly different version: 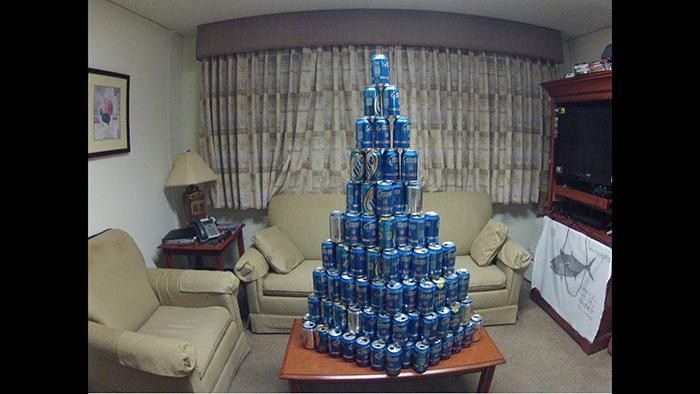 Beeramid is a fun, easy drinking game that anyone can learn and play. It has few rules and is easy to play. The dealer puts shuffled cards in the shape of a pyramid on a table, starting with seven (or as many as you want) on the bottom row, six above that, and so on until they reach one. Every player gets an even number of the remaining cards, so that everyone has the same number. All the players look at their cards for ten seconds and try to remember them. Then they put their cards down.

This classic card game has been around for a long time and is always a lot of fun. All you need is a standard deck of cards and a decent-sized group of people. All the players sit in a circle and are each given the same number of cards. The goal of the game is to be the first person to get rid of all your cards. The game starts with Aces, and the player to the left of the dealer puts down one or more Aces face down and says how many Aces they are putting down.

But here’s where the bullsh*t starts: If a player doesn’t have the card they’re supposed to play, they still have to play a card, but they have to lie and say that card is, say, an Ace. The key is to make your play seem as real as possible, so no one will question it. If someone doubts the play, they say “Bullsh*t” and check the card. If the person who said “Bullsh*t” was right, the player has to drink the same number of drinks as the cards they put down (one card, one drink, and so on) and they get the cards back, so they don’t lose any cards. But if the person who called “bull” was wrong, they have to drink as many drinks as there are cards and the cards go to the person who called “bull.” From Aces to Twos to Threes and so on, the game goes on until a King is played, at which point the game starts over with Aces.