World War II is undeniably one of the most important events in human history. It has a lot of heroic stories and anecdotes that will change people for the rest of their lives. So, it’s only natural for gamers and developers to try to make some of the game’s elements into board games, whether they’re strategy games, trivia games, or other types.

But since there are more than a hundred board games about World War II, it can be hard for a casual board gamer to decide which one to play. So, which are the best ones that people who are interested in World War II should try?

Victory At Sea: Battle For The Pacific It’s not all the time that a board game is released that is set in the seas, and Victory At The Sea: Battle For The Pacific pushes warship simulation by taking place in the Pacific Theater, arguably one of the most pivotal parts of World War 2. In this simulation of a heated sea battle, players can take control of famous warships from the US Navy, the Imperial Japanese Navy, the German Kriegsmarine, the Royal Navy, and many more.

Battle For The Pacific might be different from other naval games because of how well it works. Each ship has its own characteristics, weapons, and even the way it moves. Also, the game is realistic because ship actions like moving, firing, and reloading happen at different times during a round.

Just because a game is about World War II doesn’t mean that a lot of people need to play it. In B-17 Flying Fortress Leader, players take on the role of a B-17 Leader in the European Theater of Operations who is in charge of the Eighth Air Force. As commander, players must send their Bomber Groups on different missions to cut down on Germany’s ability to fight from the air.

B-17 Flying Fortress Leader is mostly a strategic solo game, with players in charge of not only their missions but also the planes and pilots on their team. Planes have different skills and abilities for different missions, and groups can go from being “Newbies” to “Aces.” Commanders can also be given to teams to give them certain skills, as long as they don’t get killed.

Memoir ’44 is a good example of a board game with simple rules and fun gameplay. Memoir ’44 is a card game about the many battles that led up to the historic D-Day invasion. It takes place in 1944. More specifically, Memoir ’44 shows how important communication is in battle by simulating what happens when communications break down on the battlefield.

Memoir ’44 is played on a hex grid battle map that is split into three sides. But instead of telling their troops what to do, players use Command Cards and Tactic Cards. Command Cards tell players how many troops they can move and where they can move them. Tactic Cards tell players what actions they can do on their turn. This “limiting” part of the game adds a level of excitement that makes Memoir ’44 a simple yet complex wargame.

Combat Commander is a more straightforward take on the squad part of war. At its core, players choose a scenario and get into a fight, with the winner being the player who gets their goals the fastest. Unlike most wargames, Combat Commander has rules that are easy to learn and can be played alone or even one-on-one.

Its simple use of cardboard pieces and tiles makes for a great simulation of unit planning, and the Fate card system adds an element of surprise by giving players advantages and disadvantages to their current scenario. Advanced Squad Leader’s focus on tactics might appeal to players who want a more realistic simulation of World War II battles. ASL is not a huge wargame where the fate of whole countries is in the hands of the players. Instead, it is a game about managing teams. This is where things get a little more complicated, since players need the ASL Rulebook and different modules to change the game and add whatever scenarios, units, and other rules they want.

This is because ASL goes into great detail about what squads can do in many different situations. The “semi-simultaneous” system in ASL lets players do different things depending on what other players are doing. Due to the game’s geomorphic map boards, ASL can simulate a wide range of situations from World War II and other wars. Also, squads can be changed and improved based on weapons, equipment, and other factors. This makes X-COM a bit more realistic.

The Manhattan Project is a resource management game, so players will start with very few resources and people to manage. To win, they will have to build structures and do other research. Players can also spy on other countries and launch airstrikes to slow them down, just like in World War II. 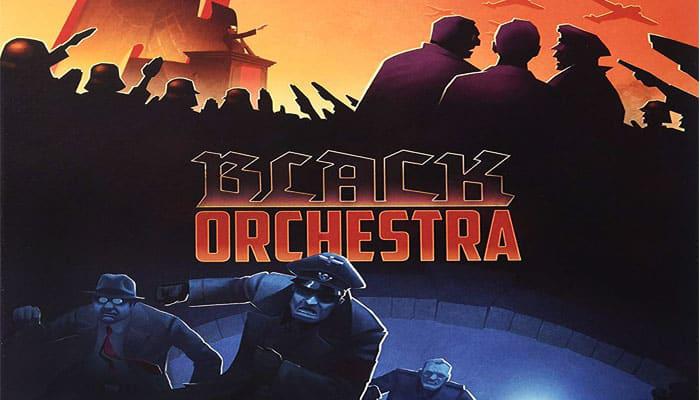 The Black Orchestra is a surprising twist on the idea of a World War II board game. Instead of being a wargame, it is more of an espionage game. The people who play in The Black Orchestra act out the parts of historical figures who tried to bring down Hitler. In this exciting game, time is of the essence, and each player’s turn is either a movement phase, a search for an item, or a way to avoid being caught by the Gestapo.

Also, The Black Orchestra is played over seven stages of World War II. In each stage, players have to use event cards to stay alive. In these events, players can talk to Hitler, and each interaction with him can be a threat or an opportunity. Players can only win the game if they do certain things that fit the plot. The Black Orchestra is a cooperative espionage game that shows how much was at stake during World War 2, especially when conspirators plotted to bring down the government they were living under.

You can’t talk about World War II tabletop games without mentioning this Avalon Hill classic. It’s the oldest title on this list, and I wasn’t even born yet when it came out. But it’s still useful, beautiful, and, of course, fun to watch.

This plan covers a wide area, including the whole conflict on a global strategic scale. It’s best to do it with five committed people who are willing to set aside a half-day and treat it like an event. If you really want to get into it, you can even buy a spin-off like Axis & Allies: D-Day or Pacific Theater. The most impressive thing about this game is that it can be found in big stores that aren’t just for hobbyists.