My favourite CYOA games or novels have been around since I first read a Goosebumps CYOA book. In the past, I went to the public library and checked out a lot more books than I should have and dog-eared the pages that led to bad endings, so I could start over and not have to read them. In 2012, Choice of Games and Hosted Games first caught my eye. Right away, I was hooked. Now, here are my favourite COG and HOG.

A Study in Steampunk As far as I can tell, it’s my favourite game to host. You can find it on the Google Play Store, the Amazon App Store, and the Apple store. It has an Apple App Store rating of 5 stars as well. Everything about this game was great. When it comes to the plot, length, love, and gender-locking, it’s all there. It didn’t bother me that I couldn’t play as a woman. I mean, when I was a kid, I mostly played Mario in Mario Party. I didn’t play Peach very often. Even though it’s been a year since I played this game, it’s still my favourite game to play in my free time.

In fact, I don’t know where to start. Start with the writing. It’s very funny. In a nice way. I laughed out loud and even started to blush at some parts. Which is hard to do with words alone. So, thanks to the author. The story itself is very interesting, and I’ve played this one a lot.

I can’t say I’m a big fan of the storytelling. I liked the story. Because I wanted to finish Zombie Exodus, I did everything I could to do so. There were parts 4 and 5. I had to wait, but it was worth it. I recently played Zombie Exodus: Safe Haven, but I’m going to wait for the full story before I decide if I like it or not.

I’m talking about the whole series right now. The Hero Project, and the Hero Fall, as well. The whole series was great. Some parts made me think twice about buying the last book in the series, but I was determined to finish it. Because I cared about the characters and their separate stories.

Choice of the Deathless

This game was weird. Half the time, I didn’t know how to set things up. It’s still hard for me to picture what kind of world the characters live in when I read it. As strange as the game world was, I liked it. Ashleigh Wakefield is one of my favourite characters in COG, and I think she’s one of the best. I also think it’s good for people who want something different.

This game didn’t even cross my mind when I bought it. It’s a long story. The romances came out of the blue and were not easy to get. It wasn’t like in some games, where you can have sex with a character just because you like them. More than that, it’s like the romance options were forced to choose you first.

Way Walkers has always been one of my favourite Hosted Games, and now I’m just waiting for the third one to come out. The only thing I didn’t like about this game was playing as a young person.

Choice of Robots is a 300,000-word interactive sci-fi novel that lets you decide how the story will go. In this game, there are no graphics or sound effects, and the power of your imagination is what drives it. Play as a man or a woman, gay or straight, with nine characters to romance, four different climax chapters, and more than 70 achievements to reach.

In this game, you’ll be the CEO of a multinational company that sells superpowers to the highest bidder. You’ll cast powerful magic, make futuristic technologies, and manipulate your stock price to make your shareholders happy.

MetaHuman, Inc. is a 260,000-word interactive novel by Paul Gresty, the author of “The ORPHEUS Ruse.” It’s a lot of fun to play with. You decide what happens in the story. There are no graphics or sound effects. It’s all text-based, and it’s powered by your imagination.

MetaHuman’s motto is “Building Better People.” You can hire mad scientists, warlocks, or a mix of both. This is what you should do. If you want to get rid of your rivals, buy them, or seduce them, what will you do? To answer this question, you need to think about what your company has done to the world and what you want to do about it.

People who work there are called MetaHuman. Our dark magic, our superscience, and your answers! This is what we can do for you!

*Play as a man or woman, gay or straight.

Runt of the Litter 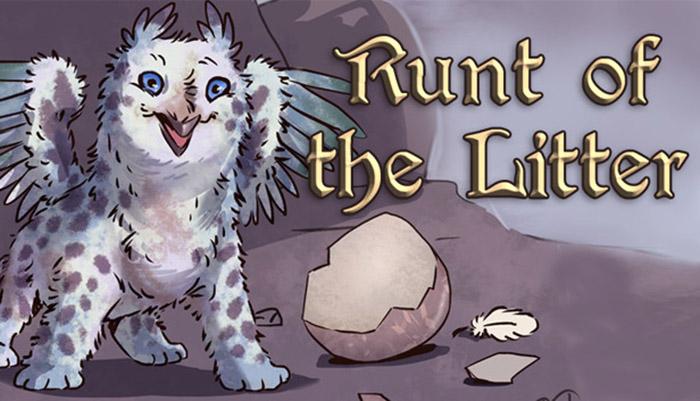 Take a baby war gryphon and raise it as your own. Defy the empire and lead your people out of it so they can be free.

One of Kelly Sandoval’s books is called Runt of the Litter, and it’s a 150,000 word interactive fantasy novel that lets you decide what happens. It’s all text-based, with no graphics or sound effects. It’s powered by your imagination, which has the power to do anything.

For a 250,000-word interactive book about fantasy, The Lost Heir 3: Demon War lets you make decisions that change the course of the story. In this game, there are no graphics or sound effects, and your imagination is the only thing that can make it happen.

You’ll have to deal with betrayal, look for love, fight against your enemies in war, and deal with court intrigues. The kingdom of Daria is in your hands.