Virtual reality gaming headsets are definitely expensive. A headset will still cost you hundreds of dollars, even if it is on sale. But you can still play VR games on a budget with the best VR games for Android and iOS.

You can play VR games for cheap with Google Cardboard, Samsung Gear, Daydream, and even standalone VR headsets like the Oculus Go. Here are the best virtual reality (VR) games for your phone. Don’t let the name of this game get you too excited. Hidden Temple Adventure uses the word “Hidden Temple,” but it has nothing to do with the old Nickelodeon game show Legends of the Hidden Temple.

Hidden Temple Adventure, on the other hand, is a virtual reality point-and-click game. Hidden Temple VR Adventure is one of the best VR games for Android and iOS because of how fun it is to play and how well it looks.

Even though virtual reality is interesting to look at, games are often best when they have a story as well. VR Noir is an immersive VR game in which you play as a private investigator.

VR Noir gives you a movie-like experience and is almost more than just a game. The voice acting is great, and the story keeps you interested. VR Noir is one of the best VR games for Android and iOS because of how fun it is to play. Vanguard V is a great VR game for iOS that you should check out. This game has a third-person view and is a rail shooter. It’s one of the best VR apps for the iPhone that work with Google Cardboard. This epic title moves quickly, but it’s not as long as some others. Since a lot of VR mobile games don’t take long to finish, that’s not too surprising.

The visuals and sounds are amazing, and the voice acting and music really make the game stand out. As reviews note, controls are slightly challenging and require lots of neck muscles. You should go to the gym before you try Vanguard V.

This intense brick breaker is just like an arcade game in how it is played. Even though it seems simple, it has an interesting story behind it.

In Proton Pulse, you have to stop something called an M.O.A.I. from taking over the world. To destroy the M.O.A.I.’s core, hit the proton with your paddle. The easy-to-use controls, mesmerising colours, and eardrum-shattering sounds of Proton Pulse make it a must-have VR smartphone game. 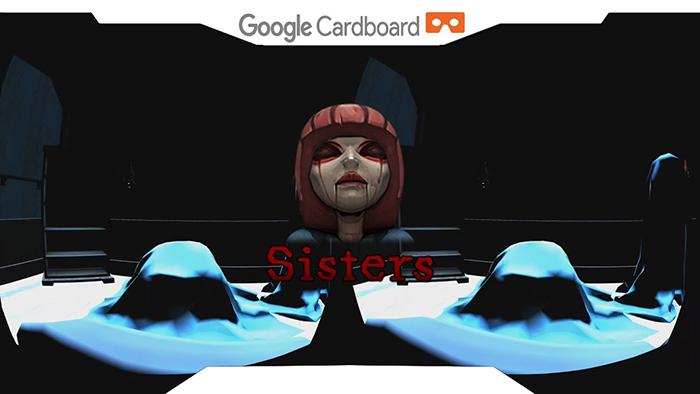 Sisters is an Android and iOS game that is a survival horror game. This game is scary and a lot of fun. It’s kind of like playing Resident Evil without the fixed camera angles from the old days. Instead, you get more out of a first-person view.

As you walk through an old house, you’ll quickly notice that some things are wrong. When you play this scary game, try not to get too scared.

Zombie Shooter VR looks and plays like an old-school arcade game. The subway setting and the “shoot ’em up” style of killing zombies make this game a lot of bloody fun. Zombie Shooter VR is a free game, but it also works on a freemium model. InCell VR is not only a great racing and action game, but it is also a great way to learn. You race through the human body at high speeds, trying to avoid any obstacles you come across. You might even learn something about biology while playing.

vTime XR is like Facebook but for VR. This game is one of the most unique virtual reality games for Android and iOS because it lets you connect with people from over 190 different countries.

After making your own avatar, you can choose where to spawn in the virtual world. You can talk to other vTime users, meet new people, and make more friends.

Since InMind was made by the same people who made InCell, you can expect a similar style of play. It’s one of the best free mobile VR games you can play right now.

You don’t get to explore the human body like you did in InCell. Instead, you’re dropped into the human brain. During your trip through the mind of the patient, you must find the neurons that are to blame for their mental illness. 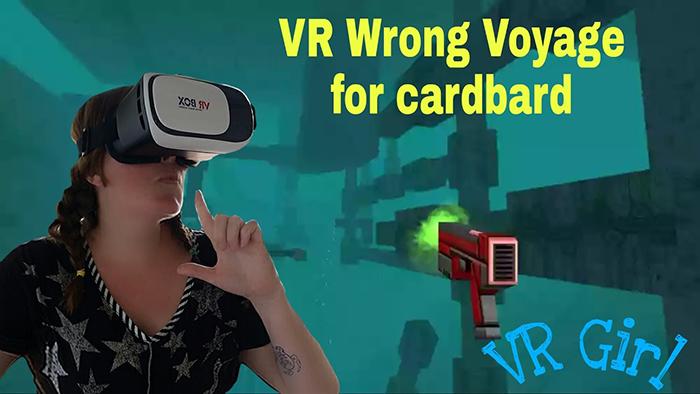 VR Wrong Voyage combines puzzle games and first-person shooters (FPS) very well. Even though you need a controller for this VR game for Android, it’s still worth it. You play as a character who is lost and doesn’t know where they are. As you look around the strange temple, you’ll soon find out what it’s all about and what your role is in the world.

In this arcade-style Android VR game, you fight your way through the town of Hunters Gate as a mage or gunslinger. It’s a simple but very fun game that lets you play with other people in the same room.

Check out Twilight Pioneers if you like action role-playing games (ARPGs). It’s a VR game that really pulls you in. As an ARPG, Twilight Pioneers has a unique way of playing, with a mix of story, boss fights, and other things. The controls are easy, and Twilight Princess is a great example of what VR can do. It gets extra points because it is one of the few great free VR games for Android. This game is where things start to get serious. Ghost Hunters is one of the best VR mobile games. It was made by Fibrum. Put on your headset and go explore the dark side of the universe. On the way, you’ll have to fight evil spirits that are out for revenge and will kill anyone who gets in their way.