There’s no reason to miss out on fantastic anime when Crunchyroll is available for free download. If you’re just getting into anime, I’ve compiled a list of some of the best to get you started, and I hope it will help you discover more. To see if I can entice any newcomers to the world of anime, I’m crossing my fingers. A superhero’s “Quirks” are what make them unique, and in MHA, we follow Izuku Midoriya on his path from a wimp to a remarkable hero with his own set of quirks. I got choked up a couple times during the show’s poignant parts and some of the show’s outstanding fight scenes. There is a diverse group of students in 1-A, the show’s primary emphasis, that you may root for as they work their way closer to becoming Pro Heroes.

Giant humanoid “Titans” roam the land and people are forced to live in a walled city to protect themselves from them. Eren Jaeger is a significant character in this story, which explains how and why the “Titans” came to be. One of the most popular anime shows of all time, and one of my personal favorites. This is a must-see for pyromaniacs everywhere. As well as fighting fire-bursting demons known as “Infernals,” Shinra Kusakabe and his fellow Fire Force comrades from Company 8 face off against a doomsday cult known as “The White Clad.” It’s another another compelling show that has you rooting for not only Shinra but all of the Company 8 members, especially Arthur, whose dumb persona makes him sometimes the most brilliant combatant.

What if, after making the decision to participate in a virtual reality MMORPG, you discover that you are unable to leave the game until you die or someone else completes it? Those words serve as the framework for an amazing animation in which young Kazuto lives in an extremely realistic simulation. Seasons 4 and 5 are the most brutal in terms of violence, and I was surprised by this. Sport animes have never appealed to me before, and I assumed there would be no real stakes in watching one. After months of deliberation, I finally decided to give Haikyu a try. realized how invested I was in Shoyo Hinata’s success. Short-statured boy falls in love with volleyball and delivers some crushing spikes on his opponents. You get to see that. Don’t be as impatient as I was with this show.

When I think of sorcerers, I immediately conjure up images of Harry Potter, but this is a very different kind of magic. Cursed creatures are created in Jujutsu Kaisen by persons who transmit cursed energy through unpleasant emotions. As a sorcerer, you are trained to control your cursed energy, but you can also utilize it to battle the curses that are out to destroy mankind. Yuji Itadori’s character Gojo is certainly another fan favorite, but the show’s zany premise is executed flawlessly, making everyone a fan of Yuji Itadori, the show’s star. Both of these shows follow Naruto Uzumaki as a young ninja, but they each focus on a different aspect of his life. The majority of Naruto’s story takes place during his early years as a ninja trainee. This is met with sarcasm, as his immaturity casts doubt on his aspirations to become the village’s next Hokage. Also around this time Naruto discovers that he was born with the power of the Nine-Tailed Fox, which he had as a newborn. A more mature and skilled ninja is shown inNaruto Shippuden, along with details of other tailed beasts’ hosts that are being kidnapped and slain for unknown reasons.

A spin-off of Naruto Shippuden, Boruto focuses on the children of some of our favorite Naruto characters, including Boruto himself. Naruto’s maturation as a parent and Boruto’s similarity in aspirations and maturity are shown.

FMA: Brotherhood is a more faithful adaptation of the manga than the last one, which aired in 2003. For the sake of bringing back their departed mother, Edward and Alphonse undertake a sort of alchemy that results in Alphonse losing his body but his soul being housed in a suit of armor. Their quest for knowledge about the potent Philosophers Stone and the possibility of regaining their health is just getting started for this unlikely pair. Kenshin Himura explores the countryside of Japan, extending his help to everyone in need as his penance for the killings he’s perpetrated in order to atone for his past actions. Despite the fact that his peaceful ways are being tested by both old and new enemies, he continues to fight with a reverse katana, ensuring that he will never take another life.

Vash the Stampede is on the run with a bounty of $60 billion, and despite his pacifist tendencies and preference for loving over fighting, he can’t seem to stop wreaking havoc wherever he goes. Vash’s kind-hearted and comedic way of dealing with sticky situations always carried an episode even if it felt like a filler in the beginning. One of the best shows you can watch in a short period of time without wasting too much time.

His father is alive and a great hunter, so Gon Freecss sets off on his own to find him. This requires the hunter to obtain his own hunting license, along with a select group of friends, to accomplish their goal. 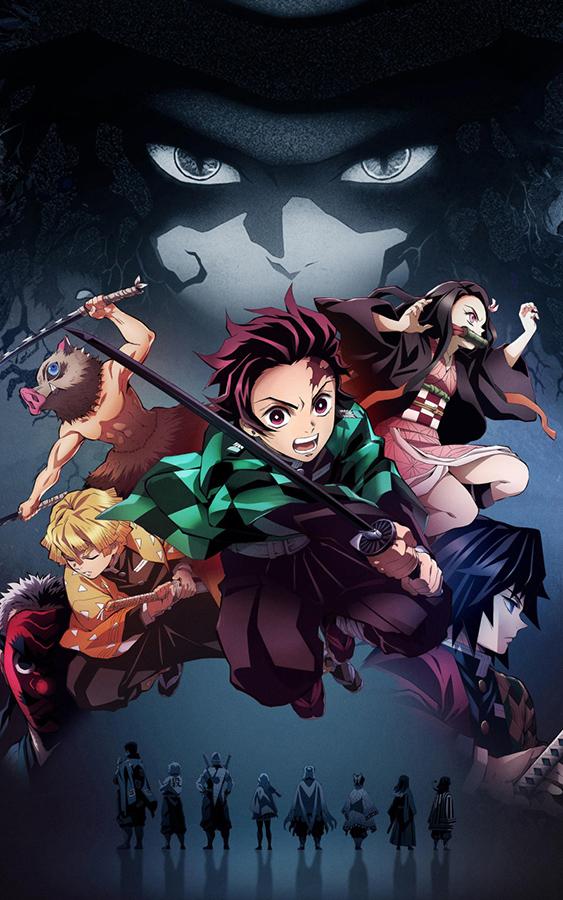 His family was slain by demons, and his sole surviving sibling Nezuko, who has converted into a demon herself, displays evidence that her humanity is still present. In exchange for his bravery and willingness to defend his now-demon sister, he is given the opportunity to train as a Demon Slayer in order to find a cure for Nezuko’s affliction.

One Piece, one of the longest-running anime and manga franchises, is not for the faint of heart. If you’re going to watch this show, you’ll need to be committed. At this point, the adventures of Luffy and the Straw Hat Pirates give a rich plot that can only be found in a long-running series. As they set out to find the fabled “One Piece,” which will elevate Luffy to the rank of Pirate King, we can’t help but root for Luffy and his friends.

Ichigo Kurosaki, who has the capacity of seeing ghosts, was unaware of the significance of his talent until he met Rukia, a Soul Reaper whose entire mission in life is to exorcise the evil Hollows. A Hollow kidnaps Ichigo’s little sister, forcing Rukia to give Ichigo some of her power to save himself. This is the beginning of his journey into the spiritual world, which he had no idea about.

Even though Hajime No Ippo is not a professional boxer, he has a great deal of knowledge about boxing’s past as well as its current skills. Until one day, a professional boxer defends Ippo from some bullies and demonstrates the positive aspects of boxing to him. Ippo’s natural strength comes from all the manual labor he does for his mother, so this inspires him greatly. Ippo’s transformation into a professional boxer is both inspiring and hilarious when paired with his sibling bond with Takamura. When it comes to boxing contests and overall skill, this video is top-notch even if the animation seems old.

One of the most overpowered heroes on this list is Saitama, who can take down the vast majority of adversaries with a single blow. As a result, Saitama grows bored with the city’s countless monsters, who no longer present a threat to him. This premise lends itself to some fantastic laughs when you witness Saitama’s unenthusiastic countenance when confronted with adversaries, unless of course he is shopping, which seems to be his main delight in life.

Inuyasha, a half-demon, half-human, is searching for a jewel of immense power when he takes Kagome down the well of her family’s home. On a journey across Japan to gather the fragmented pieces of the jewel, the duo transforms Inuyasha into a demon. In their quest for the shattered jewel, they not only encounter some amazing allies, but they also come up against a slew of formidable opponents, both demonic and human.

JoJo’s Bizarre Adventure doesn’t center on a single protagonist like other animes. Throughout the series, the Joestars’ family history and lineage are chronicled. Some of the most common powers used in the game are known as “Stands,” which are like extensions of the user and come in a variety of different forms. Refreshingly different storytelling, focusing on how this family became warriors and how they’ve faced off against evil over and over again.

To kill someone, all he has to do is write their name and face in the “Death Note,” which is a mysterious black notebook that has fallen into the hands of Light Yagami. A “Shinigami” named Ryuk tells him more about the history of the notebook, including how and why it was transported to the human world. As a result, Light feels compelled to rid the world of criminals, making him the greatest assassin and the most wanted.