There are a lot of formidable characters in Sword Art Online, but who is the strongest?

Sword Art Online began as a series of light novels and has now grown into an enormous sensation, with an anime series, a feature film, and numerous seasons. It’s no longer necessary for Kirito and Asuna to remain stuck in Aincrad, but the world of VRMMOs in this universe has simply grown larger thanks to the evolution of the original plot. These characters are the most powerful in all of New ALfheim Online’s realms, including the Augma and the real-world application of virtual reality. The Administrator in Sword Art Online’s newest season appears to be an all-powerful creature in Project Alicization at first glance. Quinella, on the other hand, has more flaws than you’d expect. With an iron fist at the start of her season, Quinella is able to sleep most of the time and just wake up once in a while to check on things. She is a virtual immortal because she understands the virtual world’s code properly. As a result of this, she loses her ability to expand her powers by transferring memories into the Cardinal (plus, of course, annoying Kirito, which is a guaranteed way to end up killed).

There are numerous characters in Gun Gale Online who have discovered ways to kill in the virtual world. Death Gun is the main villain. Death Gun is another character you may expect to be higher on our list, given his immense skill as a player and as a murderer (he manages to take out multiple other players during this arc). The group of killers known as Death Gun was not a single player, but rather a collective working under a common name. Death Gun has been reduced from an apparently impossible killer to a trio of murderers with a well-thought-out strategy. Kirigaya Suguha didn’t play much in the first Sword Art Online, but she’s grown into a formidable player since then. She was the one that was able to teach Kirito how to play ALfheim Online (let’s be honest, being able to teach Kirito anything is something of an accomplishment in and of itself!). On top of that, she is one of the fastest Sylphs in the game, as well as one of the greatest at fighting. In addition, she is also trained in Kendo when she is in the actual world, thus her skills aren’t limited to the virtual realm.

Sinon is one of the key characters presented in the Gun Gale Online series and has been able to teach Kirito a thing or two. She possesses a rare weapon, a PGM Ultima Ratio Hecate II, at her disposal at the beginning of the game. When she begins playing ALfheim Online, she will be an archer, and she will be able to shoot arrows further than should be feasible with her newfound skill as a sniper.

However, her inner strength – especially in the actual world – is what makes her so highly ranked on this list. Having been traumatized by gun violence as a child, she turned to GGO for help. Facing her worries has made her stronger than any online skill could. As another newcomer to Sword Art Online, Alice quickly establishes herself as one of the series’ most formidable figures. A young girl with an aptitude for the holy arts, Alice is transformed into an epically strong Integrity Knight after defeating all of the previous Integrity Knights along her path, and she is able to take on Eugeo and Kirito together. Alice’s ability to overcome the Integrity Knights’ loyalty, blow out her own eye, and take on Quinella — as well as the strength required to make her last sacrifice — earns her more strength points.

Sugou Nobuyuki’s character, Oberon, is the King of the Fairies and one of the most evil villains in the Sword Art Online universe. Outside of ALfheim Online, he is one of the most powerful persons in the real world, as well as one of the strongest gamers. He’s opulent, rapacious, and incredibly cunning, with the ability to ‘kidnap’ the minds of 300 individuals for the sake of his own nefarious experiments. Oberon is an excellent example of a person who is powerful both in the virtual and actual worlds. Any Sword Art Online fan will tell you that Yui, although being an artificial intelligence, is a hugely important character in the setting of the anime. Yui was originally designed as a mental health AI for Aincrad, but she was adopted by Kirito and Asuna and has since proven to be immensely powerful and valuable.

Because she is an artificial intelligence, she has access to virtual worlds that no one else does. Also, she has access to the game’s inner workings, allowing her to discover the real-world whereabouts of players that others have been unable to. It’s true that Yui’s lack of a physical body may slow her down, but that does nothing to diminish her might.

We’ve arrived at the big three, and Asuna must be included. Asuna, one of the two protagonists in this realm, is a powerful figure in her own right. She progressed through the ranks of the Knights of the Blood Oath in Aincrad to become one of the most powerful members. One of the finest fighters in the entire game, she is known as the Flash for her tremendous speed. Because of her imprisonment in ALfheim Online and a lesser extent in GGO and Project Alicization in later seasons, she is not always given the credit she deserves. Ordinal Scale’s talents in the augmented real world and Project Alicization’s sheer tenacity in seeking Kirito make her a force to be reckoned with. 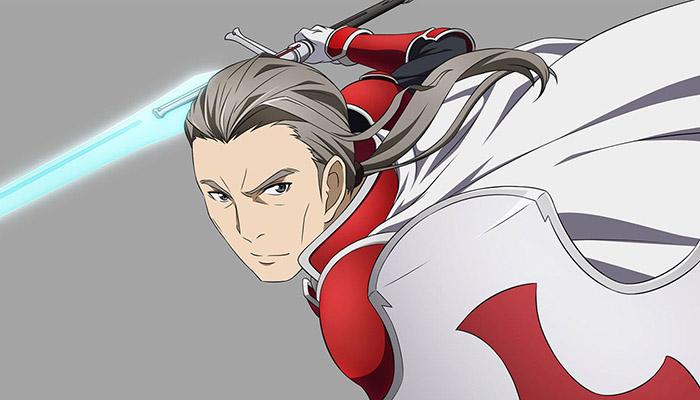 Heathcliff, the original Sword Art Online villain, is the final villain on the list. He played Heathcliff, the head of the Knights of the Blood Oath, and was invincible in the game under his real name of Kayaba Akihiko. It wasn’t because he was an exceptional player, but rather because he was the mastermind behind it all. He was the brains of NerveGear, the Cardinal System, and the Seed, as well as the mastermind behind Aincrad as a whole. As a real person, he’s a genius, but in games he’s vicious, capable, and one of gaming’s most unbeatable characters.

There is no one else who can claim the top spot. Since the beginning of the virtual world, Kirito has had the upper hand. Originally one of the beta testers for Sword Art Online, he has risen through the ranks of this universe, amassing almost unlimited strength and the kind of armament that would make any player envious. With the exception of his appearance in Ordinal Scale, where he learnt that real-world fighting takes a little more than virtual battles, he becomes extremely capable in practically any game he plays. As a result, Kirito possesses the anime-protagonist ability to be nearly indestructible. Despite this, we adore him all the same.