Nobody can guess how much I adore the Before trilogy. They are, in my opinion, the best movie trilogy ever made (yes, I am aware of The Godfather trilogy). Before films are fantastic because they are about us and who we are. They are about love seeking and insecurity, as well as figuring out whether the decisions we made, the paths we abandoned, were right or wrong.

As a result of the huge success of Before Sunrise and Before Sunset, a new film genre has emerged: the walk-and-talk. A number of films have been made recently in which two characters simply walk around a city at different times of day or night and have enlightening exchanges. While not all of them are excellent, there are a few that are well worth your time. There are several films below that are similar to the Before trilogy, and I’m confident you’ll enjoy them. Some of these films, such as Before Sunrise, are available on streaming services like Netflix, Hulu, and Amazon Prime. a woman misses the 1:30 train from new york to boston and spends the night trying to help her make it back home before her husband. They discover a lot about one another over the course of the evening and develop feelings for one another. For all of its shortcomings (chief among them being Chris Evans’ director/actor attempt to cram too much into an evening-length film), “Before We Go” does have a few endearing moments. This film will appeal to fans of the Before trilogy.

Ruby, a U.S. toy designer in transit to Hong Kong, meets Josh, an American expat who offers to walk her to her final destination, which happens to be a bar. They discover a spark between them as they walk and talk. What happens when you meet the right person but not at the right time? is a Hong Kong walk-and-talk romance that answers that question. “Already Tomorrow in Hong Kong” clearly draws inspiration from “Before Sunrise,” and while it isn’t as good as that film, it is still worth seeing just once.

5. In Search of the Midnight Kiss Texan author Wilson, still broke and alone in L.A. three years after Karen dumped him, takes his lifelong Texan friend Jacob’s advice and tries online dating for the first time on New Year’s Eve. Willie is chosen by would-be actress Vivian, who promises him only a seasonal midnight kiss and is a flagrantly abusive feminist. In the process of learning about each other’s lives, they become closer, especially when it comes to her vengeful ex-boyfriend Jack. In Search of the Midnight Kiss alternates between being funny and sweet, and those who have had similar experiences will enjoy it more.

With you, Michelle Robinson tells the story of her first encounter with Barack Obama. Barack Obama is doing his internship at the same law firm as Michelle in 1989, and Michelle is getting ready to meet him. Even though Barack has only one goal in mind when they meet, Michelle goes along with the date believing (or pretending) that it isn’t a date. They go to the Art Institute of Chicago, a community center, see a screening of Spike Lee’s Do the Right Thing, and finally have their first kiss outside an ice cream parlor during the day they spend with each other. they spend time together.

They talk about everything from personal to social and political issues, but it’s never boring. “Southside With You” does what the Before films do so well: the dialogue is always interesting and revealing, and that’s why it works. After losing his previous job at a jute mill, unemployed Manu sets out to raise money to start a new business. As part of his investigation, he stops by Neeru’s house in Calcutta, where he was previously engaged to be married six years ago. The couple spends the rainy evening talking about their past relationships and how they ended up where they are today.

Oddly funny and deeply moving, “Raincoat” is one of those rare films that stays with you long after the end credits have rolled and may even reappear in your subconscious months or years after. A lot more is revealed about love and human nature in ‘Raincoat’ than in most other romantic comedies. It implies that letting go of love is a challenge. However, facing the subsequent pain is far more difficult. ‘Raincoat’ is one of the best Indian romantic comedies ever made. There aren’t many better ways to tell a unique love story than this.

The story revolves around a successful couple named Joanna and Michael Reed. Until Joanna meets Laura, Michael’s stunningly beautiful coworker whom he never mentioned, they are happily moving along in their lives together. During Michael’s absence, Joanna meets up with an old flame she hasn’t seen in years: Alex. As the night wears on and the temptation grows, everyone must face their true selves.

The dynamic of relationships, both old and new, is beautifully explored in ‘Last Night.’ It poses difficult moral dilemmas for which there are no simple or obvious answers. Is there a mental component to cheating as well? Is it only intellectual, or is there an emotional component as well? 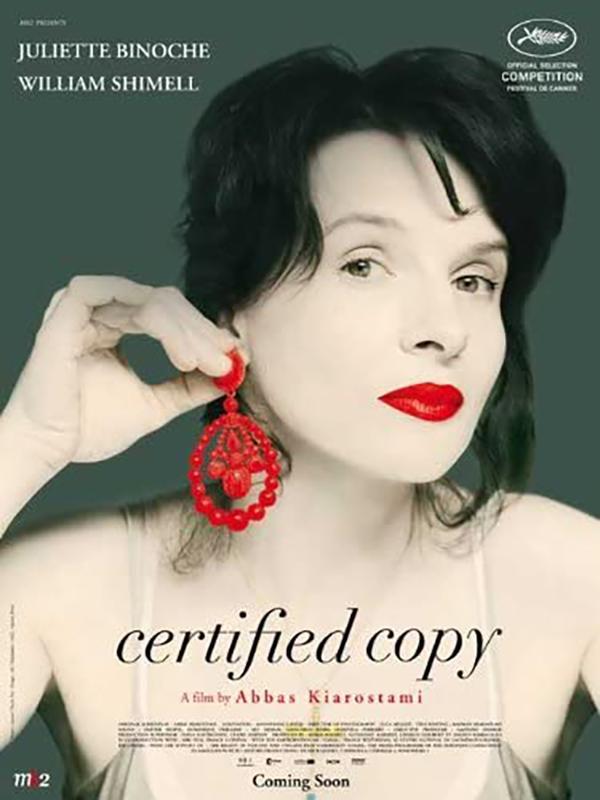 Copy that has been verified to be authentic

Author James Miller has just published a book on the difference between the price of a copy and the price of the original. A woman gives him her address at a book reading, and the following day they meet and drive through the countryside to a small Italian village. As the day goes on, they talk about various pieces of art they’ve seen around town, as well as the nature of their relationship.

As far as independent films go, ‘Certified Copy’ is right up there. It’s based on an intriguing idea, which is what makes it so intriguing. The majority of our lives are spent trying to be someone else due to our desires and circumstances. We construct a reality around us based on our perceptions, which may or may not be accurate. The question is: Does this mean our sense of originality is gone? Are we the real thing, or are we just a certified copy of who we want to be. Conversations in the film beautifully capture the idea that we are not our true selves.