Wolves have always held a special place in our hearts, no matter how noble or ferocious, smart or feral. We’ve compiled a list of 15 of the most well-known anime wolves. Check out the rest of the list to see if your favorite made it!

Howl at the rising moon with these anime wolf characters!

Wild, pack-oriented wolves are frequently shown in the media as a symbol of nature in a world that is gradually being tamed by man. But in the context of anime, they’re often depicted as a variety of roles, from fierce protectors to noble warriors to vicious predators who eat anything they can get their teeth on.

Werewolves (people who transform into wolves or half-wolfs) and wolfweres (wolves who do the same), as well as sapient wolves (wolves with human intelligence or higher), as well as supernatural wolves (demons, gods, and spirits), will all be represented on this list of 15 anime wolf characters. 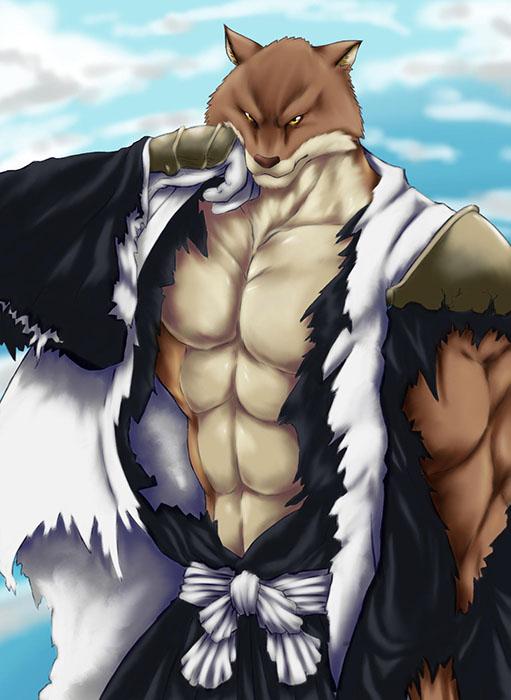 Bleach’s 13 Court Guards are a military force that defends the Soul Society and the innocent souls within it. Captain Sajin Komamura is in charge of the 7th Division. He is the only anime wolf-man in the group, and he initially hides his face out of embarrassment about his looks, but with time he grows more at ease without it. Soul Reaper, he has a Zanpakuto, which allows him to summon an armored giant to attack all those who endanger the peace, and he is a devoted and faithful follower.

This is Tsume, one of the wolves who are searching for paradise in the land of Wolf’s Rain. Despite his initial skepticism, he joins the others on their hunt to protect them from wolf hunters that prey on their kind. He wields a knife with skill and can psychic transform into a human, like many of the anime wolves in the scenario. Toriko’s close companion Terry Cloth is a Battle Wolf named Terry. As a result of being adopted as a pup by Toriko, Terry is an exception to the rule for his species. This enormous anime wolf, fearless and cunning, will do anything to protect those he cares about.

From the Vampire Bund: Dancing in the Dark

Mina Tepes, the current queen of the vampires, has a bodyguard and a love interest named Akira. He’s been trained since an early age to play the position, and he’ll be the first to defend her if the need arises. An improved healing factor and otherworldly strength, claws, and fangs are provided by his anime werewolf form to protect his queen from any potential attack..

Besides Tsukune, Ginei is a fellow student and a member of the newspaper club. Despite his early hostility, he ends up becoming a devoted member of the group. One of the most powerful youkai, he can increase his speed according to the phase of the moon. He is an anime werewolf. 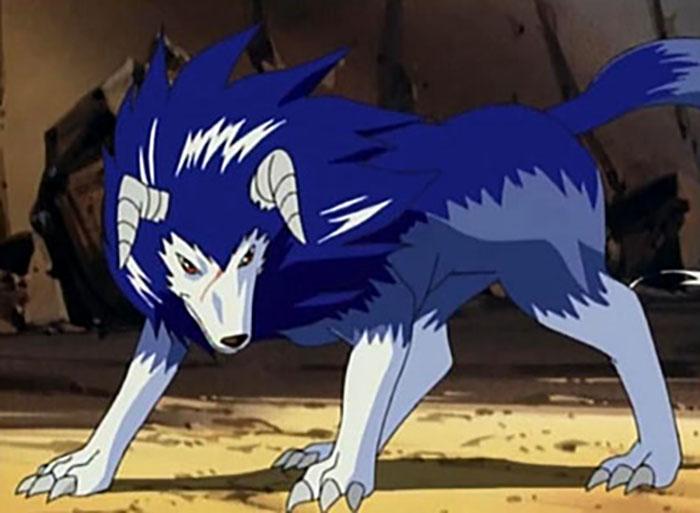 An anime wolf monster known as Rygar (also known as Tiger) leads a band of mixed-breeds that were exiled and forced to resort to banditry in order to survive. But when his pack is slaughtered by monsters working for Moo, he joins Genki’s gang in order to pursue Moo and seek revenge, gradually warming up to the people. He can breathe ice from his lips and shoot lightning from his horns, making him a deadly foe to be reckoned with.

The only werewolf in the Soul Eater series, Free is a supporting antagonist. Up until the point that he was liberated to help Medusa, the werewolf had been imprisoned for stealing the eye of Mabaa, one of the oldest and most powerful witches still living. As an anime wolf, Free is powerful and agile, but he also has the ability to use ice magic, illusion magic, and immortality.

San’s adopted mother, Moro, is a woodland spirit who resides on the Iron Town mountainside. San’s parents abandoned her when they encountered Moro, therefore she has no particular fondness for humans. She despises one person in particular, Eboshi, and longs to maul and devour her. Her wisdom, longevity, and strength make her an anime wolf that dwarfs most other creatures in the woods. In Mythical Detective Loki Ragnarok, Loki’s son, Fenrir (or Fenrisulfr), is Yamino Ryuusuke’s sibling. In the presence of his father, he seems and acts like a charming puppy, but he is actually a terrible and murderous dog who attacks everyone who threatens him. When the situation calls for it, he may transform into a gigantic cartoon wolf, akin to the mighty wolves of Norse mythology.

One of Spice and Wolf’s primary characters and partners, Holo, the Wise Wolf, is Holo. Until they no longer required her, she was the goddess who oversaw the growing and harvest of wheat in a hamlet. She then left the village to travel with her companion, Lawrence As a little girl, she is able to transform into a mighty wolf, well beyond the capabilities of mankind.

Gen Shishio, a half-breed, is a young guy whose blood comes from both human and wolf Ayakashi. After a rocky start, he joins Yoshimori in protecting Karasumori, which has a mystery power that draws Ayakashi to it, and serves as an ally. He has the ability to transform into an anime wolf-man with improved strength and speed, allowing him to rip apart his adversaries faster than they can blink. from Ame to Yuki (Wolf Children: Ame and Yuki)

A human lady and a wolf-man, Hana and Yuki, are the parents of the two protagonists on this list. After Hana’s father dies, she is left to raise the two children on her own and must deal with the strangeness of their wolfish characteristics. Anime wolf children also come to terms with their human and canid heritage in a touching story that shouldn’t be missed.

Zafila is one of the Wolkenritter, four artificial beings that serve the master of the Book of Darkness, with Hayate as his master upon her awakening of the Book of Darkness.. For most of the story, Nanoha A is an antagonist until events cause him and the others to change sides. Magic allows him to transform into a giant blue anime wolf, as well as a humanoid, and he can employ a sort of magic blended with martial arts, known as Strike Arts, to combat.

There are many different types of digital monsters known as “Digimon” that Yamato Ishida partners with throughout the series. This list of anime wolves is the result of his evolutionary path. Garurumon’s Champion form is a big fire-breathing cartoon wolf, his Ultimate form is WereGarurumon (as depicted above), and his Mega form is MetalGarurumon, a cyborg anime wolf that can shoot missiles and freeze his adversaries solid. A recurring character in InuYasha, Kouga serves as a sidekick. Many of his pack members were killed by Kagura, who serves Naraku, as a result of which he seeks retribution. This ability to run at lightning speeds and kick hard enough to shatter rocks is made possible by two powerful jewel shards in his legs. This well-known anime wolf also has a legion of subordinate normal wolves under his leadership.

Anime has a slew of fascinating creatures, some cute and cuddly, others grand and devoted to their masters or causes. Please visit our “anime zoo” if you enjoyed reading this post and want to see more anime animals!