Sword Art Online depicts a fantasy world that gamers have all imagined at some point or another. That is, a world in which you may virtually transport yourself into a video game, complete with all five of your physical senses as you know them. In the meantime, there are games like SAO, or Sword Art Online, that are so immersive that they make you feel like you’re hooked up to a FullDive machine.

We’ll focus on MMORPGs for the most part because they’re the mainstay of anime and manga. For those looking for a similar immersive experience, here are the games we think SAO fans will like the most. If you believe the SAO canon, the NerveGear will arrive in 2022. However, even if that is a bit optimistic, you’ll still have plenty of time to play games like SAO till then.

This is one of the best modern MMOs out now, and one of its most unique features is that the environment feels alive and vibrant. Even if you don’t care about the social aspects of Tamriel, its scenery and ecosystem are so diverse that you may find yourself avoiding progress in order to explore its ranges.

Elsweyr, Summerset and beyond all beckon for your attention, due in large part to NPCs that have been spoken in the latest Elder scrolls. Elder scrolls enthusiasts and newbies alike will find Tamriel a fantastic place to immerse themselves in the rich lore of the game as they explore and complete tasks. Real-time combat, rich life skills, and a large world are all part of the immersive experience that is Elder Scrolls Online: Tamriel Unlimited.

Final Fantasy 14 is the latest triple-A MMORPG to join Elder Scrolls Online. Final Fantasy 14 has some of the most dramatic boss battles and visually stunning action I’ve ever seen in an MMO, as well as a tale worthy of the Final Fantasy brand.

This year’s outstanding Shadowbringers expansion brings Final Fantasy 14’s world-building, character development, and plot to a climax, making now a great time to dig in…. It’s even better because SAO fans will feel right at home using big weapons and dressing up in elaborate medieval clothing as they explore tremendously deep dungeons. Final Fantasy 14’s complicated rotations and systems may be intimidating to newcomers, but the game’s activity level means that you’ll encounter a beater along the way who can guide you around. 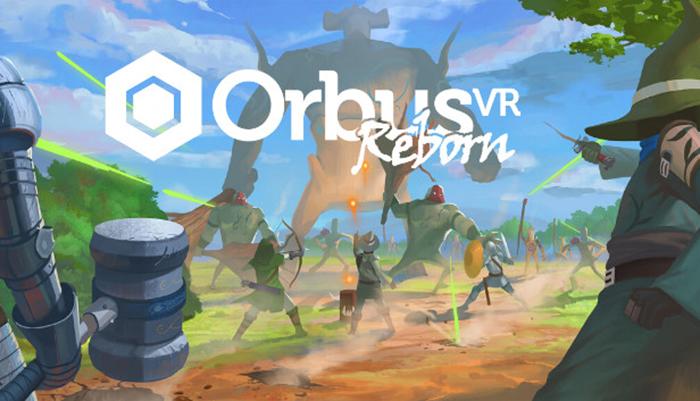 Only MMORPG created for room-scale virtual reality can satisfy SAO enthusiasts’ needs. OrbusVR is the closest you can come to living in Aincrad, at least until something like the NerveGear takes control of our consciousness.

On the other hand, OrbusVR stands on its own as an enormous and robust MMO that has a lot to offer and a rather busy social hub. As OrbusVR: Reborn was released into Early Access in December of 2017, it improved upon and expanded upon what was already a promising VRMMO. With further updates planned for 2020, now is a better time than ever to dive into this vibrant and colorful world.

We can’t recommend Genshin Impact highly enough if you’re looking for a big old RPG with an anime flair to pour your time into. For those who don’t like or are unfamiliar with gacha games, Genshin Impact has a ton of material that can be enjoyed without ever interacting with the gacha features. You’ll find a whole new system of risk and reward to play with and expand your gameplay experience once you decide to dive into the gacha side of it. There is nothing to lose, since Genshin Impact is completely free.

5. World of Warcraft: Battle for Azeroth When it comes to a SAO-like MMORPG with a dynamic social scene, look no further than World of Warcraft, the clear industry leader. WoW is a social network of new and long-term friends as much as an MMORPG, with a player count that is more than double the next most active game.

There’s a good reason why so many people enjoy World of Warcraft: it’s a fantastic game with unmatched polish and scope. Over the course of the past 15 years, Blizzard has worked nonstop to improve World of Warcraft, adding new races, improving the visuals, and expanding the realms that may be explored. In contrast to other MMORPGs, World of Warcraft offers a unique sense of realism because of the players who have practically grown up in Azeroth and developed lasting friendships.

Another MMORPG that benefits from its long history is RuneScape, which has a player base that is nearly two decades old. There are few MMO games from their early days that are still being updated regularly today.

OldSchool RuneScape allows players to relive the golden days of RuneScape before the advent of RuneScape 3. In any case, SAO players can look forward to a vibrant and sociable community, an expansive and imaginative setting, and a heavy emphasis on PvP. Aside from the fact that RuneScape is browser-based and free to play, it’s also one of the more accessible options on this list.

TERA should be on your radar if you’re fed up with MMOs’ hack-and-slash, point-and-click combat. As much as leveling up in TERA demands careful planning and perfect timing, the SAO-like depth of PvP and PvE is practically unequaled in the genre.

TERA has a lot to offer for the low cost of entry (nothing), including a diverse array of quests and PvP opportunities, extensive character customization possibilities, and a vibrant online community with which to interact. Although the fighting system has a steep learning curve, it never feels clumsy or unbalanced, which is a rare enough incentive to give it a shot.

Mabinogi has a surprisingly active community for a game that was first released back in the glory days of MMOs in 2004, when they were all the rage. When it comes to online gaming, there are a lot less players than in Elder Scrolls Online or Final Fantasy 14, but the ones you do meet are usually enthusiastic and eager to assist you succeed.

“The most expressive MMORPG journey,” according to the makers, is exactly what Mabinogi is. A rock star, chef, beach bum, or the more traditional option of running through dungeons with a group are all viable options. Sword Art Online’s anime-like design and personality make Mabinogi the most like MMORPG now on the market. We all love Skyrim, but have you tried Skyrim VR? Skyrim isn’t simply possible with a VR headset strapped to your face thanks to Bethesda, it’s fun in its own right and tenfold more immersive thanks to the excellent work done by Bethesda. The closest thing to a VRMMO like Sword Art Online right now is Skyrim VR, and in this game you don’t die if your character dies like in Sword Art Online.

Even still, this is the same game as it was in 2011; it hasn’t undergone any significant changes. It’s worth noting, though, that the visuals of Skyrim have aged beautifully, and Bethesda has done a fantastic job adapting the controls to work with the VR platform, making Skyrim VR a fun and accessible way to revisit the game.

If you’re looking for a game that’s similar to Sword Art Online, you should know that there are several games based on the series. Even better, 2018’s Sword Art Online: Fatal Bullet is included on this list despite its evident connection to the series. Ironically, it’s the only game on the list that isn’t a massively multiplayer online role-playing game.

There are elements of third-person shooter and role-playing game elements in Fatal Bullet. It takes place in the world of the Gun Gale Online VRMMO from Season 2. (though you can also use swords). Fatal Bullet is the most fun you can have playing a Sword Art Online game, thanks to vastly increased character customization over previous games and quick, fluid, tough combat. In terms of cuteness, MapleStory 2 is head and shoulders above the rest of the pack. In fact, MapleStory 2 is much more than just anime eyes and cute little creatures – it has an incredible depth and content for an MMORPG that is free to play. An enormous amount of customisation is available, ranging from chat bubble patterns to mounts to buildings that you build with blocks.

Using questing effectively allows you to progress in an organic way without having to put in a lot of extra effort. Fishing, cooking and playing music might provide temporary stat boosts and experience points while you wait for a more permanent solution. I recommend MapleStory 2 to anyone who hasn’t found a suitable alternative to Sword Art Online, but hasn’t been able to find anything else that is sufficiently anime.