In order to keep things interesting for your participants and even your own staff, here are some new bingo-inspired games to try out in your Activity Program! This is a great gift for Bingo’s birthday in December. A fun way to spice up your regular exercise class is to hand out bingo cards that feature several sitting exercises. Call out a chair action as an exercise for residents to participate in the game. Using dry-erase markers, help the residents cross off the activities they’ve completed on their laminated bingo cards. Afterwards, move on to the following chair activity. Give the first person who completes four chair activities in a row an exciting prize—but consider playing cover-all in which residents must cross out all of the chair activities on their card before winning.

Toss Bingo: Make a huge 55 grid with masking tape for the floor. Organize participants into two or three teams around the grid and have them sit in a circle. Then, ask each participant a series of trivia questions. Each time a player gets the proper answer to a question, they are given the opportunity to throw a colored beanbag onto the grid. Teams compete to line up their colored bean bags in a straight line on the grid. Take note that the grid allows for numerous teams to share the same box. Participants, on the other hand, have the task of trying to land their bean bags in the appropriate boxes in order to win bingo. You may make bingo cards for your event by using amusing facts about the people who will be there. Fill up the bingo card’s squares with a humorous tidbit about each of your players. Use homemade cards and invite guests to mingle to learn about each other’s amusing facts before adding the person’s name to a bingo square that carries that fun information as an icebreaker. A prize will be given to the first person to score five consecutive points on their card. 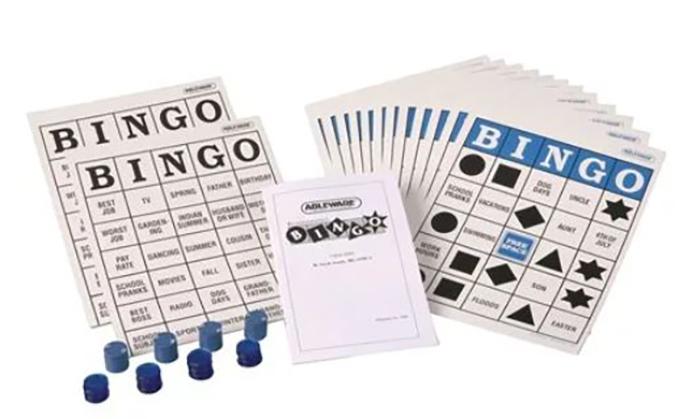 Play Music Bingo with other seniors to reminisce about the past. Play music from the past while residents try to remember the song’s name before identifying it on their bingo card with the CD that comes with the kit.

Reminisce with Familiar Face Bingo, a game in which participants are encouraged to recollect the names of legendary Old Hollywood stars and discover their photo on their bingo cards. If your seniors have trouble remembering names, have them pass around a picture card to see if any of the images on the card match those on their own bingo card. Ask people if they know what the celebrity is famous for as you hand out the card. To teach your residents how to play Pokeno, a fun game similar to bingo but with playing cards instead of numbered balls, you can download the Pokeno app. Simply ask participants to locate the card that is being called on their Pokeno boards in order to begin playing. Anyone who can get five of a kind first gets a prize. For those who like a larger board and the ability to include additional players, there’s Pokeno Too.

Rather than Pokeno, choose Playing Card Bingo, which contains fewer playing cards on each bingo card, making it easier for your residents to match up the correct cards. Instead of the standard Pokeno card’s 25 cards, only nine cards must be matched in this game. A fun intergenerational bingo game for your residents and their grandkids can be hosted by playing a game of Zingo. Have the youngsters assist you play this fast-paced game by dragging the Zinger forward to reveal the mystery tiles that the players must rapidly find and match on their cards. Zingo is awarded to the first individual to completely cover their card.