As video games have grown up over the years, the industry has started to give players more mature content. In fact, IMDb’s ten best games of all time are all rated M, with the exception of The Legend of Zelda: Ocarina of Time, which is rated E and ranks #9.

Games with a M rating get a lot of attention, but there are a lot of games with a T rating that have been around for a long time or have become classics. Which ones does IMDb like best? 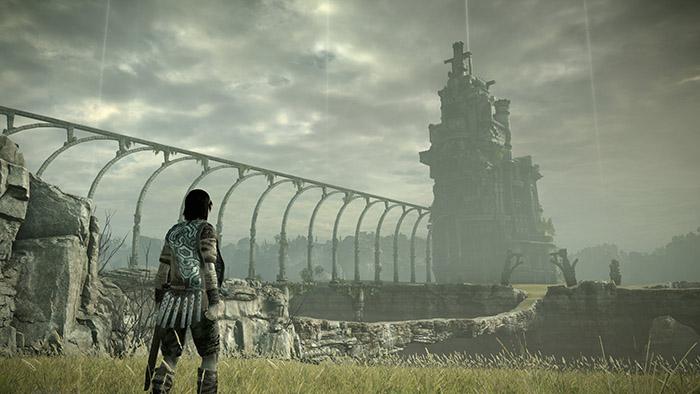 A PlayStation 2 original, Shadow of the Colossus received remasters for both the PlayStation 3 and PlayStation 4, a fact that speaks to its enduring popularity. No word yet on a PS5 version, but it wouldn’t be surprising if there was one.

In the game, a man named Wander rides a horse and tries to bring a girl named Mono back to life. To do this, he makes a deal with a mysterious being to kill 16 giants called “colossi.” This leads to some of the best boss fights in the history of video games and a game that will be talked about for a long time.

The Demon Slayer franchise started with a manga series published from 2016 to 2018, and its incredible popularity led to adaptations in anime, prose, and even the stage. But, as is common when a book or movie does well, a video game version was also made.

What was a bit of a surprise was how well liked the adaptation of The Hinokami Chronicles was. Released on both PC and 8th- and 9th-gen consoles, the game received mixed reviews from critics, but enough love from fans for them to give it such a high rating on IMDb. Planescape: Torment by Black Isle Studios is another example of how a game can stay popular for so long that it gets a remake or remaster. It was updated for PCs in 2017 and remastered for the Nintendo Switch, PlayStation 4, and Xbox One twenty years after it was first released.

The game is based on a Dungeons & Dragons campaign called Planescape. It tells the story of a man who can’t die for good, but if he does die, he will come back without his memories. This is how he got the name “The Nameless One.” Torment still works because it has an interesting story and new technology.

Baldur’s Gate II, like the rest of the franchise, takes its basis from Dungeons & Dragons and picks up shortly after the first game, continuing the story of the first game and featuring the same protagonist, Gorion’s Ward. It would go on to be one of the most important role-playing video games ever made. Horizon Forbidden West is the sequel to Horizon Zero Dawn, which was one of the most popular games of 2017. It is a lot better than its predecessor in many ways, and it met both fans’ hopes for the game and some of their complaints about the first game.

Horizon: Forbidden West continues the story of the main character Aloy and the larger world she and the players first explored in Zero Dawn. It adds to the game’s lore and mechanics while keeping a good balance between new and old parts. It was more than enough for IMDb users.

With the train scenes in Uncharted 2, everything changed for fans of the Uncharted games and for video games in general. The train is a big part of the Uncharted experience, from the way the game starts on a train with a cliffhanger to the long fight scene in the middle that leads back to the beginning.

But that’s not the only thing that made this game so great. It had some of the best villains and set pieces in the Uncharted series. It was also better than the first game because it let players explore different places around the world, ending with the beautiful Shambhala. On this episode, the series really started to shine. One of the most iconic superheroes of all time, Batman has had innumerable video games inspired by the character over the past several decades. but none has been able to surpass the acclaim that Batman: Arkham City has received on IMDb and elsewhere.

A follow-up to 2009’s Batman: Arkham Asylum, Arkham City takes place in a part of Gotham City that has been walled off as a mega-prison for all of Gotham’s criminals. As it devolves into anarchy, Batman must investigate its origins and ultimate goal from the inside after he himself is locked up as Bruce Wayne.

The game had a powerful story and fun gameplay that helped make console role-playing games possible. It also had full-motion video that looked like a movie at a time when FMV wasn’t very good. Even though it took 23 years, Final Fantasy VII Remake came out in 2020, but it didn’t get as much praise as the original. Even if you played the first Gravity Rush on the PSVita, you might have missed the second one.

Even though it didn’t sell very well, Gravity Rush 2 is a great game that improves on the fun gameplay of the first one.

If the first Gravity Rush was a test to see if it worked, this is the finishedștiin.

If you want to start at the beginning of the story, you could also play Gravity Rush Remastered on the PS4.

But if you like that kind of gameplay, Injustice 2 is the perfect T-rated alternative.

This tribute to DC has a cast of super-heroes and bad guys that ranges from the obvious to the completely unexpected.

Get the Legendary Edition to get Starfire, Red Hood, and all the other new DLC characters.

You’ll also get Hellboy and characters from Mortal Kombat like Sub-Zero and Raiden.