The Game Gear was Sega’s answer to the Gameboy when it was at its best in the early 90s. No, it didn’t reach the heights of the Game Boy. Not at all. But the Game Gear had its own fans, too.

Game Gear games were mostly copies of games for the Genesis, but they also had a few originals. 10 of these games are only available on the Game Gear, and two have different console versions. If you want to collect them or relive the days when you had a Game Gear, these are the games you should look for. If you didn’t play Sonic Chaos when he was at his best on the Sega Genesis, you might not have known about this game. If you did, you should really think about getting this. Here, you won’t find anything that you didn’t already find in Sonic 1 or Sonic 2. Design, mechanics, and story all have a lot of the same things happen at the same time. Besides, it’s the old Sonic The Hedgehog formula that makes this game so fun to play. So many people are missing this kind of Sonic game in the sea of bad ones we’ve seen over the last decade or so. This is the kind of game that people want to play again. Even though there’s nothing new here, there’s just enough nostalgia magic to make this a good play.

The Game Gear has a lot of great RPG games that use the classic turn-based combat system. Crystal Warriors isn’t the best game out there, but it’s still worth a look. There are a lot of games on this list of RPGs, but this one is the most standard. In a mediaeval fantasy setting, of course! A story about magic rocks and a bad wizard? That’s a good one. There’s a lot of strategy involved in the fights, which is great if that’s the kind of game you can’t get enough of. Crystal Warriors’s next game, Royal Stone, is thought to be a lot better than the first one. If you live in Japan, Crystal Warriors is the game that comes up on this list. If you’re one of the many fans just getting into the SMT series through Persona 5 or Shin Megami Tensei IV, you’re probably not even aware that there’s a Megami Tensei game for the Game Gear. Because of this, it’s worth going through the game again, even if you don’t like the same thing.

This is an RPG like you’ve never seen before. To make this game look and feel unique, it has a Middle Eastern setting that is based on the classic Arabian Nights folk tale. Dungeon exploration, turn-based combat, and a lot of random encounters are all here in this game. The game moves quickly, though, so Defenders of Oasis doesn’t fall into the same monotonous traps that other RPGs of the same kind do. For people who like this kind of RPG but are tired of the same mediaeval fantasy setting that most games use as a backdrop, this game is a good choice. Why didn’t Sega do more to make Tails own games? A game like this makes you wonder. Tails Adventure is a great game for the furry side character to play alone. The game Tails Adventure doesn’t try to copy the speed of a Sonic game like that. Instead, it focuses on exploration, solving problems, and paying attention to the small things in each level. If you compare this game to the Sonic games, you can see how this game has its own unique personality. Because it would be interesting to see what else could be done with this idea in the Sonic universe, we haven’t had any follow-ups.

This is the best list, and Bubble Bobble is so cute, how could it not be the best one? Bubble Bobble was made in 1994 and tells the story of two people, Bub and Bob. Try not to smile. Who go into a mysterious cave full of magic and monsters, only to find that it turns them into dinosaurs?

The only way to turn them back into humans is to get to the end of this weird cave. People say they’ve eaten their weight in mushrooms at the end of the game. None of these.

As in Donkey Kong, each level is a single screen. One player is in charge of Bub, and the other one, Bob.

So, now that they’ve turned into dinosaurs, Bub and Bob can blow bubbles. This allows them to move around the map, fight off enemies, and use the bubbles to get to the end of their level.

It’s a fun and simple game with two cute characters that you can’t forget about for some reason. The game is a little short, but that’s what makes it so great.

A game you can give to a friend and know they’ll love it and return it to you in two weeks. That’s how we like our handheld games: short and sweet!

A lot of extra stages were added to the NES version, making it to 112 total stages. If you want to see even more bubbly dinosaurs, we recommend that you play that version. 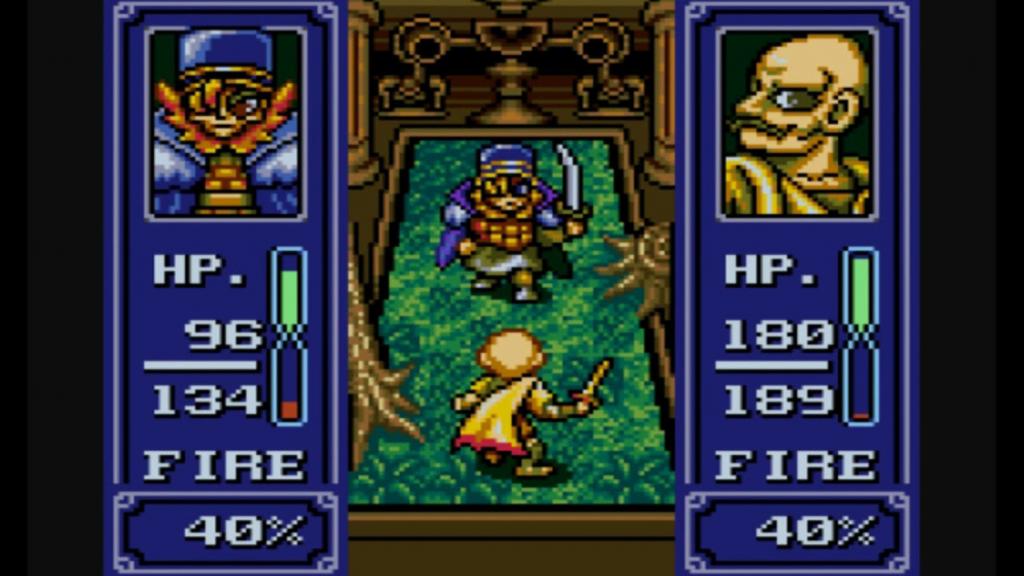 SEGA made Royal Stone for the Game Gear in 1995. Sorry to say, but this was another game that was never released in the West, even though a lot of Game Gear collectors paid a lot of money to get it.

Some of you may already know that this is the same game as Crystal Warriors, which is a great strategy RPG. What Royal Stone was good at was simple, interesting stories. Characters made you think about them for a long time, and the game had moments that made you want to keep playing for a long time. It was a game that many people liked because of this.

This is the story of Eva, a former Knight of Marltalia who was exiled from her kingdom for betraying the trust of the people and betraying her own friend and family. Royal Stone follows her story. But as you read the story, this turns out not to be true.

In the end, you are thrown out and almost die, but thanks to magical ways, you manage to stay alive. It’s now your job to find armour and level up in order to get back into the kingdom by telling the truth.

The game was a big hit because of its great graphics and style. Many people also liked the RPG aspect of it, with memorable NPCs, great places, and clever enemies.

Sometimes, we think that if Royal Stone had made it to the US in huge numbers, it might have become a bigger franchise than it already is. Unfortunately, no one took the risk, which is a shame.

The right eye on the box art looks very weird. No, it’s not us. Play Puyo Puyo 2. This is the second game in the Puyo Puyo series. It was made by Compile and came out in September of that year.

Much like the first game, Puyo’s pieces fall from the top of the screen in pairs. They can be moved left, right, and clockwise like Tetris. When you play the new game, Puyo Puyo, you have to follow a different set of rules.

It was called “offsetting,” and it was the first new rule that came in. That way, you can fight back against bad Puyo’s that your opponent sends to you. Doing this can also send bad Puyo’s back to your opponent as a “attack.”

I think it has a lot of Tetris vibes to it. It has bright colours and loud sounds, and it moves quickly. Because of its popularity, it became one of the most well-known multiplatform games in Japan. It was played in arcades, on home consoles, and on popular handhelds.

It has three different modes. You can play single, double, and never-ending games of puyo-pa-pa. This is a list of more difficult modes. They have different speeds, music, and difficulties.

It was a big hit in Japan, and it became popular on a lot of other consoles, like the Gameboy Advance and even the PS2.