But unlike the Oculus Store, App Lab doesn’t have a storefront or an official way to look at everything that’s available on your headset. We’ve already explained how to find and install App Lab content on your Quest. But to make it easier for you to choose, we’ve put together a list of what we think are some of the best games you can play through App Lab right now.

This list is not ranked and is given in no particular order. Many of the games on the list are more like tech demos or short experiences than the full, more complete games you’ll find in stores, or they are still in development. That’s just how App Lab content works.

Check back over the next few months to see what’s new as new App Lab content comes out. In Deisim, you are given the power of a god, which you use to give your followers new materials and tiles of land so they can improve their civilization.

It’s a simple game that’s like old-school God games and games where you build a civilization, but with less strategy and depth. As you add new areas to your world and give out new materials, you’ll be able to give your people more types of terrain and useful items. Each city will grow and change over time, moving from the Stone Age to the Industrial Revolution.

Ancient Dungeon is like old-school dungeon crawlers, but it also has some roguelike elements.

You’ll fight your way through procedurally generated dungeons with just a sword and a throwing knife. Along the way, you’ll find different power-ups. The game looks a lot like Minecraft, which has become very popular since 2011. It is a slightly more detailed and polished version of Minecraft’s style. That’s no knock on the game, though, because it does the style well and runs very smoothly. 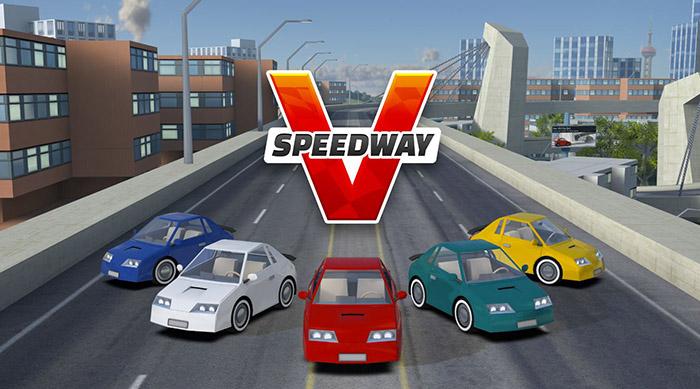 There aren’t many racing games on Quest, and V-Speedway is one of the few. It’s simple, but it tries hard.

At the moment, there is only one race mode with 11 computer-controlled opponents and a separate time trial mode. Even so, there’s nothing else on Quest like sitting in a car with a virtual steering wheel and a side-view mirror that works. The controls, gameplay, and graphics are all very simple, but if you want to race on Quest without a sci-fi or combat theme, this might be the game for you.

The game was also recently updated with some big changes and additions, like new car shaders and a brighter environment, as well as a new AI system and several harder levels. There are also changes that “improve the dynamics of drifting” and make collisions less frustrating.

This game combines the fun of putting together puzzles with 3D models that were made with photogrammetry.

There are now six 3D jigsaw puzzles in the game that are made up of the models. They get harder as you go and have anywhere from 20 to 200 pieces. Each model was scanned from a real place. You can put together a Japanese castle, an Armenian monastery, and many other places. In Tiny Castles, you play as a god who has to protect his or her followers from enemies by using a variety of creative attacks that track your hand.

The people who made the game at Facebook say that it was made more as a demo of hand tracking than as a full game, so it “lacks real challenge and difficulty balancing.” That being said, this is the app to get if you want to see a lot of interesting hand tracking interactions.

This year, Tilt Brush became open source, which means that other developers can now add their own twists to the popular VR tool for making art. MultiBrush by Rendever is one of the results that stands out the most.

Before it was on App Lab, we said that Warplanes was one of the most polished games on SideQuest. This is true for Warplanes on App Lab, which has a level of polish that no other App Lab release has been able to match.

In Warplanes, you can fly biplanes from World War I in battle missions that make up a whole game campaign. The current version of Warplanes has a full Central Powers campaign with 6 German planes to choose from, but even more content is on the way. The next version will have a campaign called “Triple Entente” and 3 planes that go with it.

Early this year, there was a huge rise in the number of people playing Gorilla Tag, and it quickly became the latest multiplayer VR craze.

The idea is simple: everyone plays as gorillas who don’t have legs and can only move by pushing off the ground with their arms. Expert players can use this to their advantage and quickly leap up trees and structures like real gorillas. Gorilla Tag is made up of this unique and deep way to move around and a big game of tag.

Crisis VRigade is the first game, and it costs money. It’s an action-packed first-person shooter that can be played alone or with friends in co-op mode. You are a SWAT trooper fighting against terrorists. Your goal is to get rid of all the bad guys and keep your teammates and hostages safe. In virtual reality, shooters are fun, and games like Crisis VRigade should not be overlooked.