Video games are a fun way to hang out with friends, especially when they were made with that in mind. Party games are a great way to get a group of people together and do something fun. They can create memories of success, laughter, and even uncontrollable rage. And you can find a lot of games like this for your PC, whether your friends are close or far away.

Crossplay is another issue. It’s great to see, but not many games support it. We’ll make a note of whether or not each game supports crossplay and what other platforms it can be played on besides PC. (We’ll do this even if crossplay isn’t supported yet, in case these games add it in the future.) Ultimate Chicken Horse ($14.99) is all about finding the right balance between winning and annoying your friends. At the start of each round, each player chooses one thing to put on the stage. It could be spikes, an enemy, or just a simple platform. Then it’s time to make a plan: where will you put your item so that it helps you? Or will you make a hard jump on purpose to make things harder for other people and hope you don’t look like a fool? There are many hard decisions to make, but in the end, all that matters is who touches the flagpole first.

Variety is important in a good set of minigames. Doing the same thing over and over again is boring, plain and simple. Move or Die ($14.99) definitely agrees with this, since it keeps putting you in fast-paced minigames until a winner is chosen. In some games, you have to find a special crown. In others, you just have to avoid blowing up. The name of the game comes from the fact that each player has a timer that tells them how long they can stand still. If you stop moving for too long, you’re out, so you’ll have to stay on your toes.

Move or Die can be played with up to four people locally or online. It’s also on PlayStation, and you can play it on both systems at the same time. 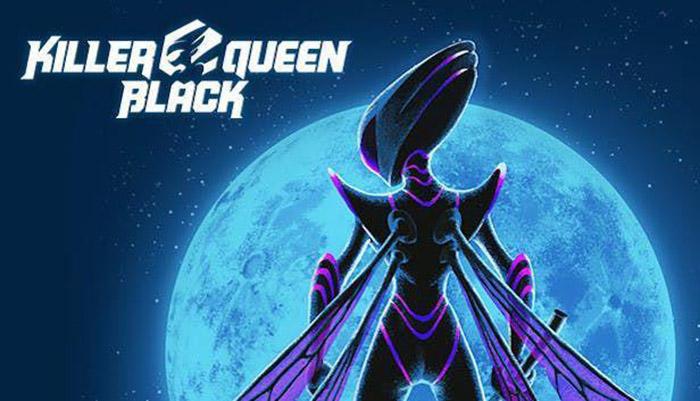 Let’s move on to a game with more action. Killer Queen Black is a team-based action game that costs $9.99. You play as different units and try to win in different ways. You will jump, dash, and fly around the maps to reach goals and fight enemies. Every match has three different ways to win, so you and your other three teammates can talk about many different plans. Even though this game can be played in a casual way, its rules are surprisingly deep if you and your friends want to go a little further.

Killer Queen Black lets up to eight people play locally or online at the same time. It’s also available on the Nintendo Switch, where you can play it with other people.

Since the first Overcooked was so popular, it only made sense to make a second one. In Overcooked! 2, you have to deal with the ultimate dinner rush by chopping up vegetables and grilling meat to keep up with the large number of orders. Of course, these aren’t normal kitchens—that would be too easy.

Sometimes people will walk through your workspace, and other times you’ll be cooking on a raft in the middle of whitewater rapids. You’ll need to work with the other cooks to make sure the ingredients for the current dish are ready and put in the right order. Overcooked! 2 is sure to have a lot of fun and tense moments no matter what order you play it in.

Overcooked! 2. Local and online games with up to four players are both possible. It’s also on PlayStation, Xbox, and Nintendo Switch, but you can’t play with other people on those systems. The Jackbox series has been going strong since 2014, and a new game (Jackbox Party Pack 7) is about to come out. Each game in the series has its own set of minigames that are funny and different. You can’t go wrong with any of the games in the series, so we suggest reading about the different modes in each game to see which one you’re most interested in.

The best thing about Jackbox games is, of course, how everyone can play them. Only one player needs to own the game. The rest can join through the jackbox.tv website on their computers, phones, or tablets. (However, if you’re playing from far away, you’ll need to use a screen-sharing service so that others can see the whole game. Jackbox has some information about this.) And even if you have too many players for a certain minigame, you can always add more as “Audience Members.” (What they can do depends on the game, but Jackbox always makes sure they feel like they’re part of the action.)

There are seven games in the Jackbox Party Pack series so far: 1, 2, 3, 4, 5, 6, and 7. (with 8 on the way). You can play all of the games on PlayStation, Xbox, and Nintendo Switch. (There is no need for cross-play because of how multiplayer works here.) About $30 is what each game costs.

You know what most fighting games’ real problem is—you have too much control over your character. Gang Beasts, which costs $19.99, tries to solve this problem by making your avatar move like a ball rolling downhill. Fight using slapstick punches and charges until one player wins, or play in the more cooperative “WAVES” mode where you fight, well, waves of AI enemies. Gang Beasts doesn’t try to be a serious or competitive fighting game, but that’s not what makes it fun.

Gang Beasts can be played with up to four people locally or online. It’s also on PlayStation and Xbox, but you can’t play with people on other systems. One of the best series of party games is Super Smash Bros. The problem is that it can only be played on Nintendo systems. But Brawlhalla (Free) is here to save the day, with gameplay that is similar to Nintendo’s most popular series. Just like in Smash, you have to use different moves to knock your opponents off the stage in Brawlhalla. The characters aren’t as varied as in Smash Bros, and the gameplay isn’t as deep, but for a free game that doesn’t feel like it’s trying to nickel and dime you, it’s a strong contender.

The second game in the Overcooked series is just as crazy as the first. It has new levels that you can interact with, like moving platforms, as well as new costumes and recipes. Overcooked 2 changes the way “ingredient tossing” works by letting you throw things onto cutting boards, burners, or even to your teammates. You and your friends and family will have a lot of fun getting good at it.