Golf is a fun game for all kinds of gamers, and there are many digital versions of it that you can play with your friends. They all have their own unique style, with some focusing more on realism and others on more creative game play. These games are a great way to turn a boring night into a time of laughter andștiingștiingștii.

Playing is most fun when you do it with your friends and family. Some games might be better than others, but if you can’t decide what to play, golf is always a good choice. Golf Story was made for the Nintendo Switch, and it can be played by up to two people at once, so it might not be the best game for a big group. They’ve made eight environments for you to explore, and you can also take part in tournaments and other golf-related puzzles and games.

This golf game is different from most others on the market because it is based on a story.

In Dangerous Golf, the goal is to destroy as much as you can with your golfball. There is local co-op for up to four players, and online multiplayer for up to eight players.

It will take you all over the world, from a castle in England to the middle of nowhere in Australia. Everbody’s Golf can only be played on PlayStation, but there is also a VR version for those who want a more realistic virtual golfing experience. It can be played by up to four people at once, and each person can make their own golfer and do tasks to get better.

Hot Shots Golf: Out Of Bounds

Hot Shots Golf: Out of Bounds is an older PlayStation 3 game, but it is a real classic. This one in particular is likely to give you hours of fun when you play with other people.

You get a swing metre and can choose from a few characters, so it’s not too hard to play. There are even different ways to play, so you can step up your competition by facing off in new and fun challenges. 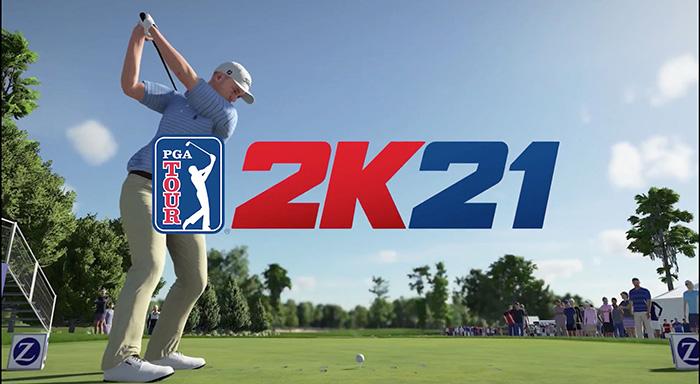 You can even make up your own rules to up the stakes and make things more interesting for your group of golfing friends who have been playing for a while. If you always lose to your friends, you’re in luck: there are lots of ways to lower your score.

If you have a PC, you should check out Golf It! because it can be bought on Steam for a pretty low price. It’s still in early access, but the fact that it’s all about playing with other people is what makes it so fun.

You can make your own maps or choose one of the maps they have already made. It can even be played with VR headsets like the Oculus Rift and HTC Vive.

Golf With Your Friends

Golf With Your Friends can be played on Steam, as well as on PlayStation 4, Xbox One, and the Nintendo Switch. It can be played online with up to 12 people at once, so none of your friends have to miss out on the fun.

You can change the courses to your liking and even change how your own golf ball looks and moves. There are three ways to play, and since Team17 bought it, you can expect more DLC in the future. Party Golf is the game for you if you want to play golf in a different way than you normally would. It can be played on PC, PS4, Xbox One, and Nintendo Switch.

It can be played locally by up to eight people if they share controllers, and anyone can put their ball in the hole. Also, you’ll never play on the same terrain twice, so it will keep you busy for hours.

Nice Shot is a fun game for people who like the idea of golf but are more interested in guns. The Game of Gun Golf. It can only be played on a PC, but up to four people can play at the same time.

On one of their four courses, you will use different guns to try to get the ball into the hole. If you like the crazy idea, you probably won’t be disappointed with the results.

The Golf Club 2019 can be played on Xbox, PC, and PlayStation, and it can be played with other people locally or online. There are a number of game modes where you can play against your friends. The graphics are very real.

You can even make your own courses, which adds to the fun of trying to win every game you play. It might take a little while to get used to the controls, but this game is strangely addicting. There are only 10 holes to play, so you can try to beat your score by getting through them quickly.

Hole 24 is another simple game from teagames. You’re right, there are 24 levels to finish. This game is easier to control than Arcade Golf because all you have to do is hold your cursor over the ball and judge its speed and direction. Mario Golf is one of the longest-running Mario series, but not many people know that. In fact, Mario first played golf in the NES game Golf from 1984. That was one whole year before Super Mario Bros. came out. After almost 40 years, Mario is still playing golf. His most recent game is Mario Golf: Super Rush for the Nintendo Switch, which came out in 2021. Even though the Mario Golf series has a lot of games, Mario Golf: Toadstool Tour is a standout that is great for playing with friends. It came out in 2003 for the Nintendo GameCube, but you can still play it and have just as much fun. Toadstool Tour is full of charm, and playing through the courses is a lot of fun. You can play as any of your favourite Mario characters, and there are also four hidden characters you can find. The game is fun to play, and there are many different ways to play. The people in Toadstool Tour also have a lot of personality. Check out some of the crazy animations of characters here.