There are many things that can make a tabletop game popular and successful. It is very important for a game to be fun to play, to have clever mechanisms, and to keep players interested. But even if that game is great, it might not do well if it’s just made out of printer paper and has stick figures on the cards.

Production is also a very important part of board games—it can even be what draws people to the game in the first place. Miniatures are an important part of any well-made game these days, and most gamers agree that they should be used whenever possible.

World Of Warcraft: Wrath Of The Lich King Is Perfect For WoW Fans The game system for World of Warcraft: Wrath of the Lich King comes from the modern classic Pandemic. In the game, each player takes on the role of a hero in the World of Warcraft universe. They work together to fight enemies, finish quests, and hopefully defeat The Lich King at the end. The game’s miniatures are beautiful and chunky, and many WoW fans are likely to buy this game just for the minis. But the game is also a lot of fun, and the little pieces make it feel like a real world on the table.

Star Wars: The Queen’s Gambit Comes With Tons Of Minis

The ending of Episode I: The Phantom Menace inspired Star Wars: The Queen’s Gambit. In the game, one person is the good guy and the other is the bad guy. There are three different battles going on at the same time in the game.

Many soft, rubbery miniatures show the battle of Naboo, The Queen’s Palace, and the fight between the Jedi and Darth Maul. In Star Wars: The Queen’s Gambit, there is also a three-story palace where players can fight and move around. Even the Viceroys who are just there as a way to keep track of things are shown by minis. Twilight Imperium is a complex space opera with a lot of fighting, exploring, and political drama. Each player is in charge of a whole fleet of spaceships and a race of aliens. Each race has its own skills, powers, technology, and starting position. In the game, there are a lot of small ships, medium ships, and big war suns that can wipe out whole fleets with just one hit. As players build up their armies, they become harder to defend against and more of a threat. Twilight Imperium takes a long time to play and is hard to understand, but many people think it is well worth their time.

The entire story of the three Lord of the Rings books is told in War of the Ring. In the game, each player will be on a different side. The free people and the Fellowship will be controlled by one player, and the shadows will be controlled by the other player. All of the well-known characters, like Gandalf, Saruman, Frodo, and Gollum, are in the game. They are all shown as miniatures. In the world of Lord of the Rings, War of the Ring also has miniatures of the armies of many different countries. There are also add-ons for the game that come with more beautiful miniatures.

Cthulhu Wars Comes With Some Of The Biggest Miniatures Ever 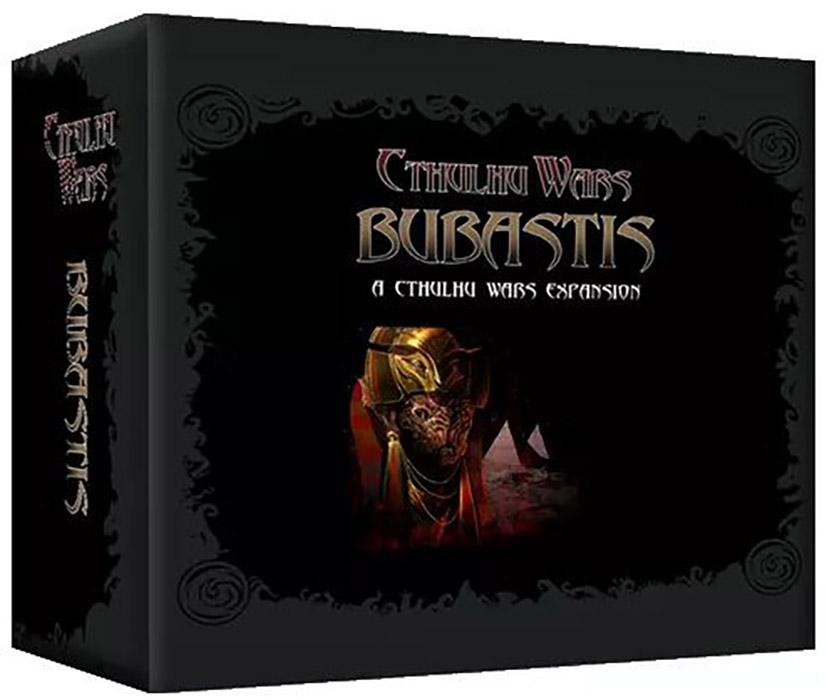 In Cthulhu Wars, different groups from H.P. Lovecraft’s mythos face off against each other. Each group is shown as a beautiful miniature. The game isn’t as hard as it might seem, but putting it together can sometimes feel scary. The miniatures in Cthulhu Wars are so big that most players can’t hold them in their hands. Even if they aren’t painted well, the minis in the game make it feel much bigger and more epic than it already is.

Unfathomable Is A Reimagined Classic

Unfathomable was never reprinted because of licencing and other issues, but Fantasy Flight Games reworked the game and gave it a new theme and beautiful sea-green miniatures to draw players even deeper into the world.

Descent: Legends Of The Dark Is A Modern Spin On A Legendary Game Descent: Legends of the Dark is an app-driven cooperative game for 1-4 players. The game is a spinoff of the classic game Descent: Journeys in the Dark where one player would play the overlord and control all the monsters and perils while other players controlled heroes delving deep into the dungeon. In Legends of the Dark, the overlord role is replaced by an app that controls how monsters move and what random things happen. Even though players may have different opinions about the app, everyone agrees that the minis are among the best.

Scythe is an engine-building board game set in the 1920s. It has high-quality miniatures to add to the fun.

During a time of war, farming, and new ideas, Eastern Europe is split into five factions. Each player controls a character from one of these factions and tries to make money and protect their faction’s part of the land around the mysterious conquered territory called “Factory.”

In this game, players will have to do things like take over territories, get villagers, and sign up new soldiers. They will also have to use amazing robots and build structures.

Because the game isn’t balanced, each player starts in a different part of the map and with different power, coins, fighting skills, popularity, and so on.

The fate of their factions will depend on how good they are at planning and strategy.

Jakub Rozalski’s art is so beautiful that it’s worth mentioning. When you think about small board games, you can’t leave this one outside. The game is just a big box full of small pieces.

Riot Games, the company that made League of Legends, made Mech vs. Minions, a cooperative board game set in the world of Runeterra.

Players have to work together and drive their mechs to fight off waves of minions.

This game has modular boards, a campaign with a story, and a unique way to play with programmatic commands.

This game will bring a lot of fun to your game nights. There are ten scenarios in total, and each mission should take between 60 and 90 minutes.

(Remember that if you buy the game from Riot Games’ official store, you can save a lot of money.)