The Chrome Web Store is still a great place to get new features for your Chrome browser or Chromebook and download them. Even with all of Chrome’s flaws, including the ones that are coming, it’s still a great browser. You can add all kinds of extensions and add-ons to your Chrome session, like a password manager or a theme, to make it more fun. There are a lot of different kinds of Chrome add-ons. You can even play games to pass the time.

Today, we’re going to tell you about some of the best games on the Chrome Web Store right now. The dinosaur game might be fun for a while, but you’ll probably want to play something else eventually. There’s something for everyone here, from strategy games to games just for fun. BattleTabs is the first thing on our list. BattleTabs is a game that was made to be played in a browser, so it’s perfect for all of your browser-based gaming needs. The way the game is set up, each match only lasts a few seconds. The point is that you should be able to play the game without stopping what you’re doing. The game also lets you play with other people. You can build your own fleets of Viking ships and even put together a line for more than one match.

This game is the one to get if you want something you won’t be able to find anywhere else or something that won’t take up too much of your time.

Want to let your mind wander while you work on a Rubik’s Cube? As it turns out, you can also do this with Colorful Rubik’s Cube in your Chrome browser. You can rotate the cube, rows, and columns by clicking or dragging them. If you can’t solve it in one sitting, don’t worry. You can always get back to it with the automatic save and restore feature. The creator says that you will like the brightly coloured Rubik’s Cube and the funny sounds, but you can turn them off if you want to.

It’s one of the best and most fun games you can find in the Chrome Web Store right now. If it gets too hard, don’t worry. You can also click a button to have the computer finish the game for you. 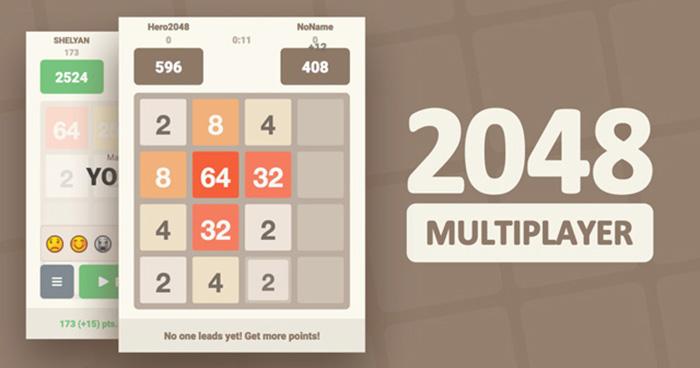 2048 is probably the most well-known game on this list, and it is also one of the few that is not an app. Instead, it’s an extension for Chrome that shows up in any tab. The goal of the game is to slide different number tiles onto a grid until the player gets to tile 2048. (although the game allows you to keep playing after that point).

Since it came out in 2014, it’s been one of the most popular casual puzzle games. I’ve spent hours trying to get to 2048. (and was successful only once). This is probably one of the best Chrome Web Store games you can get if you want a challenging strategy game.

This game in particular reminds us a lot of old web games from the late 2000s and early 2010s (probably because it is one). Free Rider HD has maps made by the community and is a lot of crazy fun. You’re in charge of a stick man on a bike who rides through a track. Most of the tracks in the game were made by other players and range from easy to hard to just plain crazy in terms of difficulty.

It’s a pretty simple idea that is also a lot of fun. I’ve lost a lot of time playing games like this when I was younger. It’s worth a look if you’re just looking for a casual game to pass the time. Gorescript is a game that was made to look like first-person shooters from the 1990s, and it does that pretty well. Gorescript moves quickly and reminds us of games like Doom, a classic MS-DOS game from 1993 where players have to fight their way through hordes of demons and then face off against a boss at the end. The idea behind Gorescript, on the other hand, is more futuristic than a dungeon full of demons. You also don’t get health back, you have to find your own ammunition, the levels don’t go in a straight line, and a lot more.

It’s not Doom, but it does a good job of following a lot of its basic ideas. It’s one of the best Chrome Web Store apps to get if you want to try something new and challenging.

If you only looked at the name, you might think it was a copy of Mario Kart. However, Funky Karts is more like a non-stop side scroller. It’s like Super Mario Run, where the main character always runs through a level full of obstacles and enemies, but instead of running, your main character drives a racing kart.

As you move through all 64 levels, you use the arrow keys to jump over obstacles, pick up coins, and avoid enemies. If you want to learn more about the game’s world and characters, it even has a full storyline. This game is for you if you want a side-scrolling game with a slight twist. A word search is what Word Seek Deluxe is. Aside from that, there’s not much more to it. Maybe not. It’s pretty cool if you want to play a game that will make you think a little bit while you have fun.

It also has some cool things to offer. You can make it as hard or easy as you want, and all puzzles are made randomly based on your choices. For example, you can make it harder by hiding the word list or by taking out all the vowels from the puzzle. When you start the game, you are given a grid of letters. You win when you find all the words on it.

Word Seek Deluxe is a great choice if you want to work your brain for a while.

Angry Birds is a Chrome game that can’t be left off any list of Chrome games. This version of Angry Birds is great because it has five different worlds and can be played fully offline. You throw birds at pigs, which should be enough to explain how to play. One of the best games on the Chrome Web Store is Bastion. Bastion wasn’t made for the Web like other games. Instead, it was made as a PC game. Using Native Client, it was moved to Chrome, but it still has the graphics and feel of a PC game.

The game is played by hacking and slashing, and it has beautiful graphics, a fully voiced narrator, and a strange setting. This game looks good.

Bastion isn’t completely free, but the first fifteen minutes, in which you fight in a bar, fight a boss, and watch a floating city fall down around you, are.