From the late 1970s until now, the fighting game community has grown to become a big part of the gaming world. From the first boxing games to the ones we play today, we have amazing powers and high-flying moves to use in battle.

Even though it’s becoming a big genre, it’s also one of the hardest for new players to get into. It has almost no skills that can be used in any other genre. This means that players have to go through a long learning curve with most games at first. This is why it’s so important to have games that make learning new skills easier. Here are some games that can help you feel better. 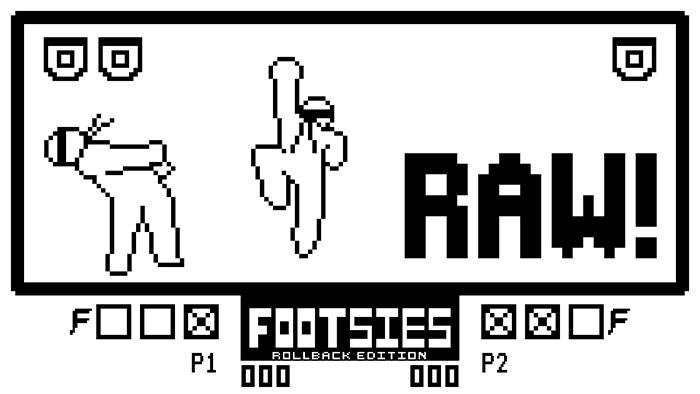 Footsies is an independent fighting game that you can get on Steam. It gets back to the basics of fighting games. Most fighting games put a lot of emphasis on spacing, or “footsies.” This game, on the other hand, is all about spacing, and all you need to do to win a round is land one hit. Taking what you learn from Footsies and using it in other fighting games can help you get better at fighting games in general.

Versus is a fighting game that was made to be easy to play. It is based on the popular mobile game Granblue Fantasy. The simplified combos, one-button specials, and unique way of managing the metre make the game easier for new fans to understand. The game also has great graphics and artwork, which is typical of ArcSys games.

The online multiplayer of the game isn’t very good, unfortunately. The outdated delay-based system for online play means that this won’t run as smoothly online as games like Mortal Kombat or Power Rangers, so it’s probably best to buy this with a friend. Fans have said that the indie game Punch Planet is like Street Fighter 3: Third Strike and Ultra Street Fighter IV in that it lets players go back and forth slowly and with a focus on the ground. The main difference is that Punch Planet has a rollback netcode that makes it work well online and a lower execution barrier for specials and combos.

Punch Planet is a good choice for people who want to see what old Street Fighter games were like but are scared off by how hard they are to play and how good their players are.

Even though the game looks silly and the controls are easy, it has a lot of tactical depth and mind games. Most players say that what they love most about fighting games is not the cool moves or crazy graphics, but the back and forth of feints, tricks, and strategies that all great matches have. Divekick is a great way for new players to find out what that is like. Fans of Skullgirls might not agree that the game should be on this list, since it has long combos, fast-paced gameplay, and complicated help systems. All of this is true, but what makes Skullgirls a great game for new players is that it has really good and long tutorials.

The tutorials in Skullgirls are meant to teach the player not only how to play the game, but also how fighting games work in general. They take care to teach even the most inexperienced players the terms and techniques of the genre. This is a great way to get players started from scratch, and fans of fighting games often say that the tutorial sequence in Skullgirls is the best of its kind.

Ultimate is the most popular game in the Super Smash Bros. series. Since it came out, it has built up a strong competitive scene that can finally compete with Melee’s tournament history. Ultimate has a large number of well-known gaming characters, so almost anyone will be able to find someone they want to play as. The gameplay is also nothing to scoff at.

Ultimate is typical of the series because it has easy-to-use controls that help players get into the game. As players get better at the game, the tricks, techniques, and fighting styles that make it such a great competitive game start to show. It’s a great example of the often-quoted saying “easy to learn, hard to master,” which is often used to talk about fighting games. Fantasy Strike is a free-to-play fighting game that can be played on a number of platforms. It was made with newcomers to the genre in mind. Fantasy Strike is one of the easiest games for people with no experience to pick up and start playing. It has one-button specials, easy-to-understand combos, and a strong online infrastructure.

For PC players, the game was also made to be played with keyboards. This makes it easier to get into the game because you don’t need a special controller. It might not be as deep mechanically as some other games in the same genre, but it’s a good place to start if you’re new to the genre.

Footsies is half a fighting game and half a training tool for fighting games. It’s a small, light game that takes some of the most common elements of the genre and boils them down to their most basic forms. Even though this title seems simple, it does a good job of getting across what’s important. Hit confirms, spacing, defence, and punishing whiffs, which are the basics of fighting games, are all present in this simple package.

Footsies also has rollback netcode, which means that it has better online multiplayer than Street Fighter V, and crossplay with Android, which is another nice feature. Because it is so simple, it is unlikely that this will become anyone’s main game, but it does a great job as an introduction to how fighting games work.