Playing games with friends is always a lot of fun and a nice change from playing by yourself. Most multiplayer games are competitive, but it’s fun and rewarding to work together to reach the same goal while playing cooperatively. Split-screen co-op games are becoming less popular because online modes have been added to couch co-op games to replace this feature. But nothing beats sitting down with your friends in the same room to play a game. Here are the best split-screen games for two people to play together on the same TV. 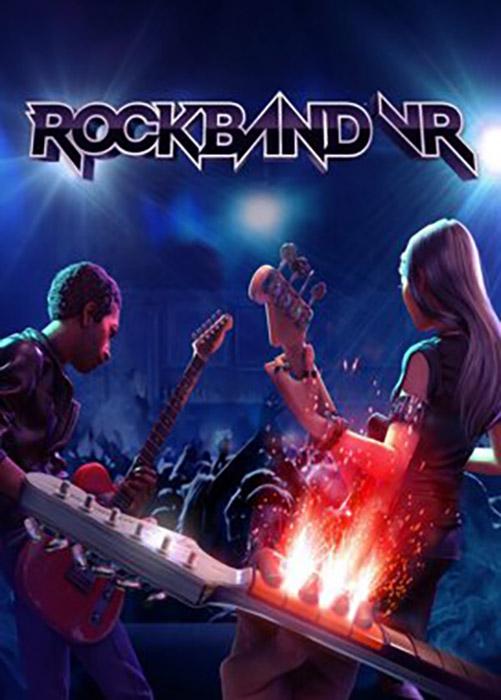 Even though plastic instruments aren’t as popular as they used to be, games like Rock Band are still great for parties, as long as you can keep all of the bulky accessories. Still, there’s no reason to pull out Rock Band unless you have a group of friends to play with, since the games are much more fun with a group. Since most people have probably already played a Rock Band, it doesn’t make much sense to talk about what makes it so good. Instead, we should talk about why. At its core, Rock Band is a celebration of music and how it can bring people together. This helps explain why it’s so much more fun to play with a group. Harmonix did a pretty good job of bringing songs from one game to the next, and its online store is great, so you can’t really go wrong with any game in the series. Also, the first game has the fewest features and songs, so we wouldn’t recommend it.

Also, we wouldn’t be doing our jobs if we didn’t give a shout-out to The Beatles Rock Band, which is still a loving tribute to the famous band and is known for adding harmony vocal tracks to increase the number of players.

TowerFall: Ascension is an arena-style indie game that focuses on platforming and archery. It is best known for its battle royale mode, but it also has a surprisingly good co-op mode. Even though there’s only room for two players in TowerFall’s Quest mode, it’s a true test of cooperative perseverance, as players must fight a variety of enemies in levels that get harder and harder. The way TowerFall looks makes it look like it’s a simple game, but the way it’s played is quite complicated and takes a long time to learn. Even though it’s not as deep as some other co-op games, TowerFall Ascension is worth looking for if you like old games and want to play something cheap with a friend. Most people think of sports games as more competitive multiplayer games, but most of them are also great to play with friends. Rocket League, which is a crazy version of soccer played with rocket cars, is one of the best sports games of the past few years. Rocket League has become a popular eSports game in its own right, but it’s also a great game for couch co-op, since you and up to three friends can play against teams controlled by the computer or go online to play against other people. Modern split-screen games aren’t very common, so Rocket League stands out as a shining example of great local multiplayer. It’s a must-buy for anyone who wants to get a group of friends together for some epic couch gaming.

Broforce is similar to the shoot-em-up action of the Contra games, which, if you remember, were some of the best games for two players to play together on the NES. Even though it’s nice to see a game that lives up to its promise of being a great spiritual successor to Contra, Broforce gets extra points for going full 1980s with almost everything. Broforce was inspired by the many ripped action movie stars of the time. You can play as Mr. Anderbro, Rambro, Ellen Ripbro, Macbrover, and Bro Hard, among others. Each bro has a unique weapon and style of play, and the game can be played by up to four people locally or online. Even though it’s not the most complex co-op game ever made, sometimes you just want to hang out with your friends while saving the world from terrorists in a fun 2D sidescrolling game. Resogun is one of the best twin-stick shooters on the PS4, and playing it with a friend is a lot of fun. This PS4 launch game could only be played together online at first, but it was later patched to allow local co-op, which is probably the best way to play it. Resogun is a ship-based shooter with a side-scrolling design and fast-paced gameplay. Because of these features, the game gets very hard very quickly, but this makes it all the more satisfying to beat it as a team. Also, since players share resources, Resogun can be very frustrating if you don’t have good communication skills, but if you can stick with it, it’s a good game to play all the way through.

Helldivers is a top-down twin-stick shooter that can be played locally with up to four friends. It is known for how hard it is. Helldivers isn’t like most shooters, where you just spray and hope to kill hordes of enemies. Instead, it rewards strategy and careful use of resources. Missions are set up in different ways and require tactical planning, since you can change your loadout before you start a mission. Oh, and speaking of drops, you have to be careful where you call in air supply drops, because if they land in the wrong place, they can crush and kill your allies. This is one of the few co-op games where friendly fire is a real concern. Helldivers’ story and presentation are a lot like Starship Troopers, but the game’s gameplay is what will keep you coming back. Many people thought that Resident Evil 5 was a disappointing follow-up to the amazing Resident Evil 4. While RE5 is definitely a step back when played alone, it gets a lot better when played with a friend. This is because RE5 was basically made to be played with other people, since the A.I. takes control of the secondary protagonist Sheva when the game is played alone. In single player, the game’s limited inventory means you have to use Sheva as a pack mule. In co-op, item management becomes even more important because you have to learn how to share weapons and resources well to stay alive. It’s also more fun to laugh at RE5’s cheesy plot with a friend, but you should know that the dreaded quick-time events pop up quite often, so make sure your co-op partner is quick on the draw or you might be at each other’s throats in no time.

Most of the time, co-op games are more about having fun with a friend than about getting immersed in a story. Divinity: Original Sin showed that you can do both by making a game that is best when played with another person and has a story that feels like it came straight from a tabletop game.

The second game in the series was better in almost every way. The choices the party makes can now be made in more ways and have more depth. It’s a game that doesn’t feel like a normal co-op experience. Rainbow Six might seem like an odd choice for this list if you haven’t played it, but it was a great co-op game, especially the second part. As with many other shooters, the campaign could be played by two people at the same time.

The best thing about Rainbow Six Vegas 2 was the Terrorist Hunt mode, which made it stand out. Depending on how hard the game is, up to four players would have to hunt down a set number of terrorists and sometimes just stay alive. It was fun and rewarding to figure out how to get to the bad guys and then kill them.