fun and which ones aren’t worth it. I put together a list of some of my favourite things that you can buy at Walmart, Target, or Amazon. There are so many that I love that are well over $30 and quite a few that are just barely over $30. Even without those, it was hard to decide which ones to include and which ones wouldn’t make the list.

So, even though not all of the games on this list are our absolute favourites, you can’t go wrong with any of them. Just look at the “Specs” section of each category to see if the game is the kind you like. One is already great! It’s fun because it’s a group game in which each player takes a turn guessing a secret word based on hints from the other players. Some of the words are easy to figure out and don’t take much brain power. Others, on the other hand, are much harder and require a lot of concentration to figure out. There aren’t many rules, and people can learn how to play after the first round. This is the game to get if you want something fun to play that still requires some thought.

Some of the best games to play with friends at a game night are ones that involve bluffing. Ultimate Werewolf is just like One Night. This is a quick and easy game that friends and family can play together. It takes about 10 minutes to finish, and it’s pretty easy to learn, so the group can play as many rounds as they want. But since it’s a game of bluffing, everyone in the group needs to be okay with putting on their poker faces. Some people don’t like games where you have to lie to win. But it does play quickly. So the lying doesn’t have to go on for very long. Dixit is another easy-to-learn party game that is funny and easy to play. What makes Dixit so much fun is that you can be creative with it. In essence, each player plays a card, and the other players try to figure out which card that player played based on the clues that player gave. The goal of that player is to get someone, but not everyone, to guess their card based on their clue. The player’s ability to give clues is what makes him or her creative. If the card is too obvious, everyone will guess it, but if it’s too vague, no one will get it. So think carefully, because this game might be harder than you think.

The next easy and fun game we’ll play is LAMA. In LAMA, each player gets a turn to get rid of a card until someone runs out or everyone gives up. Then, any cards left in a player’s hand count as points, which is bad. When one player has 40 points, the winner is the player with the fewest points. I really like that you can talk to other people while playing LAMA. It’s still fun to play, but it’s also easy enough that people can talk and joke while the game goes on. No one has to pay too much attention to this game.

It’s also a good way to teach kids how to count. Because the highest number is a 6, and players must play a card with the same or a higher number, kids who are learning numbers can play and have fun, even if they don’t play very strategically. My 4-year-old son always wants to play games with us, but most of the games are too hard for him. We could play this game and teach at the same time. Another simple and fun game is Santorini. Two teams of players compete to be the first ones to reach the top of a three-story building. I love that Santorini is three-dimensional. Most board games are played on a flat surface with pretty pictures on it. Some have parts that give them a little more depth.

Santornini, on the other hand, is all about building up. Compared to other game boards, the base of this one isn’t very big. The rest of the game involves building things and racing to the top. It helps that the game itself is a lot of fun to play.

The first game on the list that is a little harder to learn is Carcassonne. But don’t give up, it’s still pretty simple. It is a mediaeval economic game where you earn points by putting down tiles in certain ways. Players can build castles, roads, and farms, and they can live in monasteries.

The strategic focus of Carcassonne is what makes it so fun. It’s not too hard to learn, but players still have to figure out how to play best each turn. There are so many possible choices at every turn, and some are better than others. Players who can figure out which choices are the best ones win. This could be my favourite of these games. 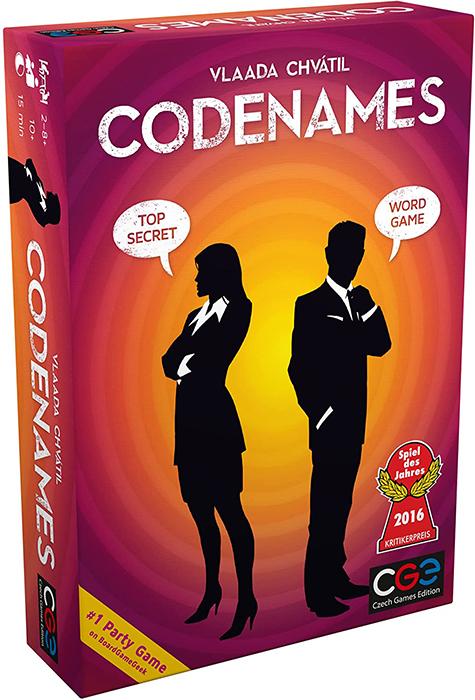 Codenames has been a favourite in my family for a long time. It’s the exact opposite of Just One. A player from each of the two teams gives one-word clues that the other players on that team have to figure out from a list of words on the table. Those players have to connect words and try to figure out which words belong to their team.

This game is especially fun because players only have a few clues to go on. The players who are giving clues can only give one-word clues, so the players who are trying to figure out which words are theirs have to think hard. But they have to be careful not to pick the wrong words, because there is one that means they lose the game right away.

Pit is loud and exciting like almost no other game. The objective of Pit is to score 500 points through cornering the market on a specific commodity; or in other words, collecting all cards of the same suit during that round. This is done by trading the same number of cards at the same time. So, if there are nine players, they are all trying to trade different numbers of cards at the same time. And that means that everyone has to speak louder to be heard.

If you don’t like noise, this game might not be for you. However, there is a way to play without making noise. But if you like how loud and fun games make you feel, this is a good one to get for your next family game night. A roll-and-write game without dice, where there are no guarantees. Welcome to New Las Vegas is the follow-up to Welcome to…

You have become a better architect because of how well you plan cities. But now it’s the 1960s in America, and you’re building a New Las Vegas!