Zombies are the most common type of enemy in video games, and they became more common after the Resident Evil game came out in 1996. The zombies from B-movies and the movie by George A. Romero are the focus of these games. Zombies are dead people who roam around looking for people to eat. In these games, players face zombies and try to kill them before they eat their brains. They can use a wide range of weapons to do this. If a zombie bites and attacks a player, the player turns into something like a zombie. In these games, the player takes on the role of the survivor and has to save the people, gather resources, shoot his way through a series of missions, and kill waves of zombies. The player can look at the harsh world from either the first-person or the third-person point of view. Zombies Games have core elements like undead people, a variety of weapons, an open world, and more. Zombie Driver is a video game made by Exor Studios. It is an Action, Racing, Top-Down, Survival, and Single-Player game. The game takes place in a zombie-filled world after the end of the world. Blood, cars, explosions, and speed are all part of the game. It takes you on an epic adventure where you have to complete difficult missions, save people, kill zombies, and unlock more vehicles. Zombie Driver is played from above, like Grand Theft Auto 2. There are eight vehicles to choose from, and you can pick one. Each car has similar weapons, steering, and movement, but its top speed, acceleration, and damage resistance are different. You can put different tools and weapons on your vehicle, from a boost to a machine gun. It has two different modes, like “Slaughter” and “Race.” The main goal of the game is to explore the world, fight zombies, and use your driving skills and weapons to smash them. Save the people of the City and finish a series of difficult missions. Zombie Drive has a lot going for it, like Epic Boss Fights, Transporting Cargo, Thirteen different types of Cargo, Unique Zombies, mini-guns, a dual railgun, and more. The best game to play and have fun with is Zombie Drive. 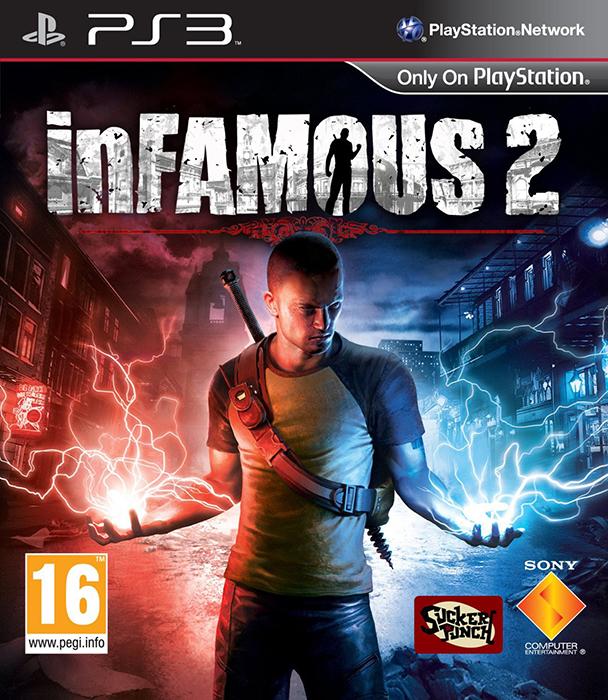 Sucker Punch Productions made Infamous 2, which is a very hard Action and Adventure game. The game is a sequel to the popular game Infamous, which came out in 2009. The story of this exciting game is about a battle with zombie-like aliens called Beasts. Cole MacGrath, the main character from a different future, and a lot of other people with special skills get in line to fight against the creatures. Infamous 2 is a wasteful work of art, but the game play is incredibly engaging and quite captivating, the graphics have been improved, the game world is open, and the interface is easy to use. Infamous 2 can only be played by one person at a time and can only be played on a PlayStation 3. If you haven’t tried it yet, you should. It’s the most fun you can have.

The Last of Us The Last of US is an action-adventure, third-person shooting, and interactive drama video game made by NaughtyDog. It is set in a time after the end of the world. This game is one of the best in its genre because it has both Horror Survival and RPG elements. The main characters in The Last of Us are Joel and his daughter Sarah. They are both trying to stay alive after an outbreak of Cordyceps Fungus, which has turned most people into monsters and zombies. Anyone who comes in contact with them becomes one of them, and this keeps happening until no one is left. Sarah was trying to find food and supplies when she was killed by a soldier’s bullet. Joel then goes up against the forces and everyone with a gun. He becomes a smuggler and starts looking for “Robert” to get a lot of guns and bullets. When Joel meets Robert, he tells him that he sold all the weapons to a rebel group called Fire Flies. Tess kills Robert and joins forces with Joel. Ellie also joins the group, and they set out to kill the leader of the rebel group. This is where you join the play and play the part of “Joel.” You have to take charge of your team and find the rebels, who are really the ones who spread the Cordyceps Fungus. In The Last of Us, you can use all kinds of weapons and fight huge battles against the enemies. You must reach the Rebel Head and kill him before he kills you and your teammates. The Last of Us has a great mix of different stories that are mixed up in a very dramatic way. It also has Action-Adventure, Shooting, and RPG elements that put on a great show for you to play and enjoy the game to the fullest.

Zombie Driver HD is made by Exor Studios and has elements of Action, Racing, Zombies, Top-down, Survival, and Adventure. The zombie apocalypse is the setting for the game, and you play the main character, who has to stay alive as long as possible in this terrible place. It has three different game modes, such as Race mode, Slaughter mode, and Story mode. In Story mode, the game has up to 31 missions, bonus objectives, and side quests, and you can move around freely. Race mode has up to thirty different races that give you the best racing experience in Race, Eliminator, and Endurance game types. Slaughter mode has seven survival arenas with a dynamic upgrade system and many ways to kill zombies, such as “Fight through hordes of Zombies,” “Upgrade your Vehicle,” “Compete against your friends on the Leaderboard,” and “Slaughter Thousands of Zombies.” In the game, you can use different weapons like a flamethrower, dual railguns, miniguns, rocket launcher, and so on. Zombie Driver HD has many great features, such as nine different Upgrades, different Weapons, different Zombies, a Dynamic Combo System, Waves of Zombies, and more.

All Zombies Must Die! All Zombies Must Die! is an action-adventure, single-player and multiplayer shooter video game made by Doublesix and published by Square Enix for multiple platforms. There are four characters to choose from, including Jack, Bryan (the Scientist), Rachel (Jack’s Ex-Girlfriend), and Luxo. Each character is different and has its own skills. In the game, zombies are a threat to the made-up town of Deadhill. You have to choose a character and go out into the world to complete quests, find items, and fight zombies with limited ammunition. A shopping mall, the suburbs, and the town centre make up the world. You can look at the world from an isometric angle and use weapons to kill zombies. When you kill a zombie, the game gives you points that you can use to improve your weapons. As you progress in the game, you’ll be able to play other levels. You can use a chainsaw, a shotgun, a katana, and other weapons in the game. All Zombies Must Die! has great features, fun gameplay, and easy controls. You’ll like it if you try it.

Here, you’ll have to deal with horrible humanoids who don’t plan to be kind to their victims. So, before you go any further, we want to warn you to stay alert, move slowly, and arm yourself with powerful weapons like assault rifles, shotguns, and handguns. You also get to go deep into Africa to find out more about a special biological agent that is turning the native people into infected beings.

Capcom made and released this game, which has heroes like Chris Redfield, a member of the Bioterrorism Security Assessment Alliance, and Sheva Alomar, a local BSSA agent.