With no new Starcraft successor in sight, many fans will be yearning to get their hands on a similar game. Here are the top 15 games to satisfy your gaming cravings.

Real-time strategy has been a staple of PC gaming for decades. To a large extent, the success of this genre can be attributed to its wide variety of scenarios, from World War II shooters to mythological battles to Ancient Egyptian warfare. The StarCraft series by Blizzard Entertainment has long been the gold standard in sci-fi future RTS games. When StarCraft was released in 1997, it received numerous honors including Strategy Game of the Year by GameSpot and Real Time Strategy Game of the Year by PC Gamer.

When Blizzard Entertainment published StarCraft 2: Wings of Liberty, it was as if lightning struck twice. The Metacritic score for StarCraft 2 is a stunning 93, making it one of the highest-rated games of all time.

It’s not a surprise that there haven’t been many new releases in the real-time strategy genre, given large releases are few and far between. As a result, rather than anticipating new games, many players are now reflecting on their past experiences.

Fortunately, there have been a number of great RTS games released over the years. As a result, we’ve added five more suggestions to give lovers of the genre even more inspiration for their next gaming session.

15 Ashes of the Singularity Stardock Entertainment, the company behind theSins of a Solar Empire andGalactic Civilizations series, released Ashes of the Singularity in 2016. The RTS game sets itself apart from the rest of the genre by allowing players to control tens of thousands of units on a massive map.

Critics were not impressed when the game was first launched, as seen by its 69 Metascore. However, soon after, an expansion was launched that scored an impressive 81. Originally marketed as a separate product, the expansion has been integrated into the core game.

Rome: Total Waris one of the few RTS games that is as well-known and widely praised as Starcraft 2. After nearly two decades, the game is still one of the best strategy games to play.

Shogun: Total War and Medieval: Total War were the first games in the Total War series, therefore Rome: Total War wasn’t the first one. But the 2004 game is credited with popularizing many of the features that are now synonymous with the renowned Total War genre.

13 The Lord Of The Rings: Battle For Middle-earth II When Sierra Entertainment announced that The Lord of the Rings: War of the Ring will be released in 2003, there was a great deal of excitement and anticipation. Unfortunately, I was underwhelmed by the game’s offerings. EA’s Battle For Middle-earth, published just over a year later, was the next Middle-earth RTS game for fans to look forward to. After the game’s initial release, EA announced a sequel as a result of the game’s popularity and success.

As well as being a fantastic RTS, The Lord of the Rings: Battle for Middle-earth II is also adored for its Middle-earth aspects.

Total War: WARHAMMER is a game that fans of the franchise will imagine but not expect to see in the real world, like Lord Of The Rings: Battle For Middle-earth

Work on a sequel to Total War: WARHAMMER was already underway when it was launched in 2016.

In the same way thatBattle For Middle-epic Earth’s themes are more than simply a gimmick, Total War: WARHAMMER II’s fantasy elements add depth and strategy to the game by allowing players to manage a wide variety of distinct units.

After Sid Meier’s Alpha Centauri and Civilization II, Brian Reynolds oversaw the development team for Rise of Nations. Those who were already familiar with the game were excited about it.

An astounding 89 Metascore and an 8.8 User Score were given to the game, making it one of the best of the year. At its core, AoE 2 focuses on resource management, development and deployment of units in the Middle Ages era. A definitive edition was issued in late 2019. This is the finest method to play the classic strategy game because it includes all of the expansion packs.

Age of Mythology is, as the name suggests, a sequel to Age of Empires.

As compared to its legendary precursor, Age of Empires 2 is widely regarded as superior. As a terrific game in and of itself, Age of Mythology deserves a higher ranking on this list due to its fictitious background.

The game is heavily influenced by ancient Egyptian, Greek, and Norse mythology, with characters like Zeus and Ra prominently featured. Like Age of Empires, resource management, establishing a base and deploying units are all important aspects of gameplay.

Controlling the number of win points is the primary gaming objective. Like Call of Duty’s renowned “domination” mode, these spots are scattered about the map’s primary areas and can be taken over and controlled in much the same way. To win in annihilation mode, players must simply destroy all of their opponent’s buildings, which removes the need for victory points entirely from the equation. Mobile games are typically seen as second-rate by the gaming industry. Games that encourage customers to spend money are common criticisms of this platform. Many of these games exist, but mobile gaming has a few gems.

StarFront: Collision is one of these rare finds. It’s not simply the name that’s comparable to StarCraft. There are three races you can manage in StarFront, a sci-fi RTS. The Terrans, Zergs, and Protosses from StarCraft are nearly exact replicas of these three new races.

Because Blizzard Entertainment created both Warcraft 3: Reign of Chaos and StarCraft, it’s easy to draw comparisons.

New features, such as powerful heroes, a day and night cycle that impacts the game’s races in different ways, and Creeps were incorporated to improve the game over its predecessors.

THQ is back with a real-time strategy game set in the Warhammer 40,000 universe. The 42nd millenium is the setting for Warhammer40,000’s universe.

As a result of the game’s blend of science fiction and fantasy, Warhammer 40,000 has its own distinct environment. The base-building mechanics from the first Dawn of War were dropped in favor of a more focused use of the cover system in Dawn of War 2. 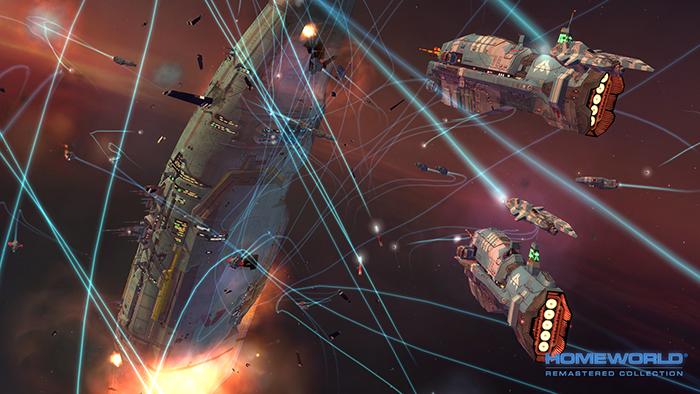 In contrast to previous real-time strategy games, Homeworld takes place in the cosmos. Despite this abrupt shift, the game maintains its focus on the core gameplay elements that RTS titles are known for. The 1999 classic, for example, emphasizes resource management and unit manufacturing.

Homeworld 3 is scheduled for release in 2022 as the third episode in the Homeworld series. A modern science-fiction real-time strategy game, it was produced by Blackbird Interactive and is definitely worth watching for folks to keep an eye on.

The 37th century is the setting for Supreme Commander. When it was released in 2007, the strategic zoom feature of the game was highly lauded. Players were able to see their conflicts from a new perspective thanks to the zoom. Also impressively, it allowed players to zoom out far enough to see the entire landscape.

So, Gas Powered Games made sure to build every unit to a realistic scale, making sure that they fit in with the environment.

The 2009 release of Halo Wars was a dream come true for fans of both Halo and StarCraft. The sci-fi series was given the RTS treatment by developers Ensemble Studios. Standard RTS elements like base construction, unit production, and resource management were not reinvented in this game. Fans were concerned about how the game would adapt to the RTS genre, yet Metacritic gave the game an 82 out of 100.

A second Halo Wars game has since been released, however it received a lackluster response. The Command & Conquer series has a wide variety of games to choose from, making it difficult to narrow your choices down to just one. It’s hard to go wrong with Command and Conquer, for example. It has a Metacritic score of 94, making it the highest-rated real-time strategy game ever.

Because it earned Best Strategy/Simulation Game of the Year at this year’s 11th Annual Interactive Achievement Awards, Command & Conquer 3: Tiberium Wars is first on this list. However, its future sci-fi scenario ticks the familiarity box.