Forget about Ghosts of Tsushima and Horizon; you want to know about the best PS2 games on PS4, right?

Maybe we can see the future, or maybe we just think that because you clicked on this article. We’ll leave it up to you.

Still, even when new games come out, we still get more excited when old games come out on new consoles, especially if they look great and are in HD.

After all, that’s why everyone was so excited about Super Mario 64 on the Nintendo Switch.

And, let’s be honest, the PS2 had some great games in its back catalogue. Why shouldn’t we be happy about being able to watch them on our 4K TVs without our eyes hurting? 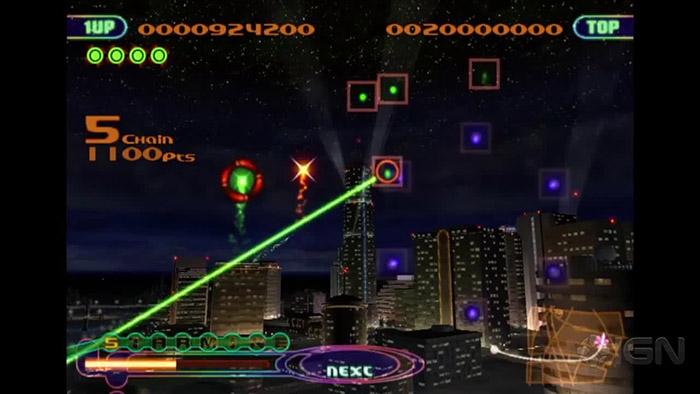 FantaVision might sound like a game where everyone just sees everything through an orange cloud, but hear me out.

This puzzle game is one of the most strange and fun ones on the PS2. It’s based on fireworks shooting up into the night sky, and users have to link them together.

If you do it quickly, you’ll get a pretty explosion of colour.

It might be better to call it FireworkVision instead….

How do people get points in this game?

Well, players can get multiple point streaks and try to beat the all-time high score by making combos and letting rockets go off at the same time.

FantaVision also has a pretty good mode for playing with other people. Fighting against another player feels like a trash battle in Tetris and is just as exciting as a Deathmatch in Goldeneye.

This is a game for people who are good at making plans. It has a lot of action and is very hard to put down.

Also, it looks great on the PS4. Forbidden Siren is still one of the best horror games ever made for PS2, and it is also one of the best PS2 games on PS4. If you like zombies and being really scared, you need this game.

This scary movie, sometimes called Siren, didn’t get the attention it deserved in 2003. Gamers in the West didn’t care about it, so it fell into the “underrated pile.”

Now that this legendary game is back on the PS4, more and more gamers are putting on their brown pants and trying not to hide too long behind the couch.

Gamers take on the role of humans who can “sight jack,” which lets them shape their minds with a zombie. Let’s be honest, it does sound crazy, and it is.

Calle Shibito are the zombies, and when players link up with one, they become very vulnerable, especially when zombies start to scream and bring more zombies to the area…

…that is a recipe for disaster.

Sony did everything they could to promote this game, and it was even made into a movie. The thing that’s annoying is that Forbidden Siren got stepped on by bigger franchises like Resident Evil.

Forbidden Siren is often scarier than games like Silent Hill, and it’s a great game if you want to scream your head off.

And it doesn’t cost much on the PS4! Rogue Galaxy is the 18th best PS2 game that can be played on PS4.

So then, what’s up with Rogue Galaxy? Is this a shooter set in space or an open-world adventure?

It’s actually one of the most popular RPGs for the PS2. It has a lot of science fiction and fantasy elements, like real-time battles and the usual upgrading and collecting of weapons.

At a time when no one is allowed to travel, players take a boy named Jaster around the galaxy. When he is mistaken for a hunter, he is hired as a pirate and sent on a journey to find out the secrets of the universe.

The fights are one of the best parts of Rogue Galaxy. There are no loading times, and the action moves quickly, keeping players interested from the beginning to the end.

Why isn’t this how every RPG is?

In this game, however, players level up their weapons instead of their characters, which is different from most RPGs. When a weapon can’t be upgraded any more, it can be combined with another weapon to make a series of brutal slashers and hackers in the style of a “megazord.”

Rogue Galaxy is another game that PS4 players need to go back and play. The game’s beautiful scenery has been remastered for the PS4, and the story is so good that it’s impossible not to get caught up in it.

It takes you to an entirely different place. War of the Monsters is the next game. It’s a crazy Rampage-style game where players fight all kinds of strange aliens and monsters that are trying to destroy the earth.

In a way that shows how bad humans are at planning ahead, the fluid from the aliens that were hurt ends up making more monsters. It’s a big mess that keeps getting worse and worse…

So then, what can be done about it? How do we fight back against wave after wave of bad guys so we can go back to shopping in stores and eating toast on the couch?

Well, in modes like “Adventure,” “Endurance,” and “Free for All,” one or two players can take control of certain monsters and use cars, spears, and other crazy weapons to fight against other monsters.

Oh, yeah, this is a very silly game, but don’t waste time trying to figure out how or why it works. Just enjoy the craziness!

As you play the game, you can unlock new clothes, minigames, and other things. And don’t forget, kid, give ’em hell! Star Wars: Jedi Starfighter, a space shooter from everyone’s favourite franchise, comes in at number 16 on this list of the best PS2 games on PS4.

If you don’t like Star Wars, you probably won’t care at all…

Basically, if you’ve ever wanted to fly an A-Wing or any other fighter jet from the series, this game will make you feel like it’s Christmas every day…

… even more so with the polished PS4 version!

The game is like Attack of the Clones, and players use their newly built Jedi Starfighter to defend a planet with no defences.

Mace Windu tells Adi Gallia, his old student, to take on the challenge of flying the Starfighter. In many ways, it’s like getting two games for the price of one because players can control both Adi and her partner Nym as they search the skies for cannon fodder.

Adi’s new ship has many of the same powers that Jedi have, like the ability to shock and push back enemies with the force. There are force shields and even reflexes, and two players can work together for some epic dogfighting action. In 1999, The Matrix did it on the big screen, but Max Payne is the only one who brought Bullet Time to video games. This is a dark, cinematic shooter that was decades ahead of its time. The script is so noir that you’ll soon be talking like you smoke fifty cigarettes a day. Before Mr. Payne went bald and started wearing bright shirts, his story was all about clearing his name and finding out who killed his family. If you want to know how it all started, you’ll have to play this shooter. Maybe it won’t hurt as much if you land slowly?