Even if you have a lot of different interests and hobbies than your non-gamer friends or family, it can be hard to shop for gifts for the holidays. If you want to show your friends and family how much you love gaming, you can give them gifts. There’s nothing better than helping someone understand your interests and then having fun together.

Getting a game for someone who has never played one is the only thing you need to think about. You don’t want to scare them away from games for good. Some of the best newbie-friendly games we think you should give to your favourite non-gamers this Christmas are on this list. To help you think of some ideas, or at least get you thinking in the right direction, we’ve put together this list. Many mods are also out there that cater to a wide range of interests, so you can make the game appealing to anyone in your life. It’s also a great way to teach someone how to play games in a low-stakes, low-pressure way.

If you’re a new player, Stardew Valley is a good game to start with because it has a more laid-back feel. Never does the game push you or make you do anything in a specific way. You can play the game any way you want. The game’s mechanics are also simple and relaxing, except for combat, which new players can work their way up to. They do a good job of letting the player get used to the game as they learn it.

When you play a 2D game, you don’t have to deal with the fact that you can’t move and look at the same time. Just make sure you set them up with the practise fishing rod at the beginning, and your friend should have a great time. People say the Sword & Shield series is a good way to get someone interested in turn-based combat or JRPGs. I have to agree with them after I played the game. It’s a lot of fun to collect cute little animals, and you don’t have to be very good at the game to keep going, especially with the newer games in the series. If you want to start, I’ve heard that Pokémon: Let’s Go, Pikachu/Eevee! is a good place to start. You should also try any mainline games that have been released in the last decade.

There are new characters in Telltale’s The Walking Dead, but it’s a part of a series that people who don’t play games already know about. It even has episodes like a TV show, which help break up a long game into smaller parts.

The gameplay is mostly limited to dialogue choices, but it also has a lot of point-and-click adventure elements. This makes it a good place to start if you want to play other games that use the same mechanics. 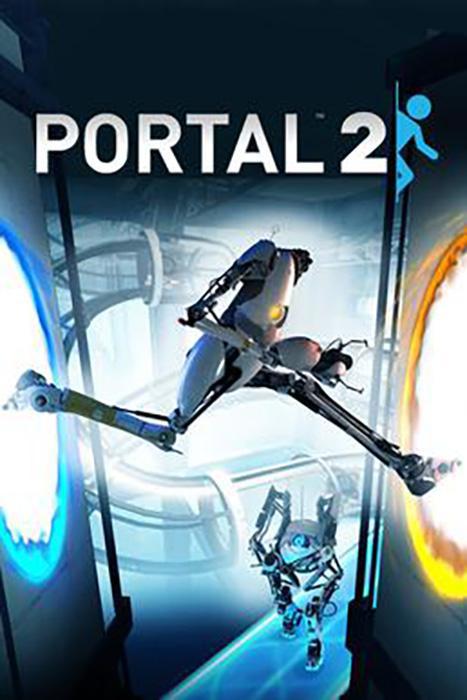 The game Portal is also a good one for beginners to play because it was the game I used to learn how to shoot on a controller. Because it’s a puzzle game with only stationary turrets as enemies, you can really take your time as you try to figure out how the camera works and how to move the arrow keys. In some later levels, you’ll need to shoot at the right moment. By the time you get there, you should have a good handle on all the controls.

If you’re a new player, you can also learn how to play Portal because it has one of the best game stories out there. People who don’t like puzzles might not want to play this one. It can be hard to figure out some of the solutions.

One of the problems I’ve run into while trying to recommend games to someone who has never played them is how long most of them take to complete, but Journey negates this issue by having a run time of about two hours. People who don’t believe in games should play a great game that doesn’t take long.

Journey is also a good game for people who are just starting out because of how easy and fun it is to play. You and your friends should have no trouble getting to the end. As a result, if you show someone Journey, they know they’re getting some of the best games out there. Want to play with that friend or family member as they learn how to play? All right. In this case, Overcooked is a good choice. The game is easy to learn and play, even though things can get a little hectic at the end of each level. Consider that it’s one of those games where you can see yourself getting better at it as you go along. This can be a good confidence boost before you throw your new player into the deep end.

Despite how simple it looks, Rocket League is a game that is so much fun that it’s hard to put down. At 3 in the morning, my friends and I have thought, “Okay. One more match.” It’s easy to lose track of time when you play Rocket League because each match lasts about five to eight minutes on average. You and your friends can play the game together on the couch or online. In case you don’t like soccer, there’s a mode called Hoops that lets you play basketball. Snow Day lets you play hockey, and Dropshot is like volleyball.

Rocket League isn’t the best game for people who have never played video games before. As a game of sports, you need some kind of hand-eye coordination to be able to do well. You’ll likely miss a shot or completely miss a pass at first. When you play Rocket League with friends, even if you don’t do very well, it’s still a lot of fun. Many games have tried to show how sweet it is when the game finally works for you, but few have done it well enough. Jordan Ramée, an Associate Editor, says: Because it’s easy to understand, Animal Crossing: New Horizons is a great game to play with someone who isn’t a big fan of games. You have some bills to pay, money to make, and a home to expand and decorate with things you like. You also have a lot of things to do. People don’t feel like they have to do anything, because there isn’t a timer, fail state, or anything else that could be discouraging. That makes it perfect for getting accustomed to holding a controller, because the worst thing a player can accidentally do is scare off a bug or fish, or trample some flowers.

There are two ways to play multiplayer: on one console or on several. You’re in a no-pressure situation where you can help the person through the game. If you want, there’s always the chance for a competitive element, as you race to improve your towns or houses, or just try to catch more fish than the other person. Having so much control over how the game is played can make it great for long-term play or act as a bridge to more traditional, game-like games. Chris Pereira is the Engagement Editor.