The variety of games in the Xbox Game Pass library is a real treat for everyone who pays for the service. And while flashy triple-A games are a big draw, people should also pay attention to quieter indie games. These games give players experiences that are new and risky. They show what a small studio of passionate developers can do when they work hard. Stardew Valley has become such a hit in the years since it came out that it doesn’t feel right to call it an independent game at this point. But there’s no getting around the fact that this charmingly retro farming game was made by one person on a small budget. Aside from the story of how it came to be, what makes SDV really stand out is the clever way it layers different game mechanics. The main part of the game is managing and building your farm, but when you fall in love with a townie, you get a sort of dating sim element. Going to the mines to fight monsters and steal treasure is a simple action-RPG that reminds me of old Zelda games. And really, this is just the tip of the iceberg when it comes to the surprisingly cool long-form adventure that can be played.

Great independent games are the ones that try out crazy ideas that most triple-A games won’t. Superliminal is a great example of the magic that can happen when a unique idea is given room to grow in an independent game. In the same way that Portal taught you how to solve puzzles by “thinking with portals,” Superliminal teaches you how to solve puzzles by changing your point of view. You know how things that are far away can look small because they are so far away? And when you hold up small things right in front of your eyes, they can look huge. That’s pretty much the main idea behind Superliminal. The game tests your ability to think outside the box by making you deal with things like distance, shadows, and angles. This hidden gem is a nice addition to the Xbox Game Pass library, and the fact that it only takes a few hours to finish makes it an even better game to try. Outer Wilds is one of the best (dare we say the best) time-loop games. It is both relaxing and interesting. Players are forced into a time loop, and at the end of each loop, your character’s solar system is destroyed. Even though this sounds like the start of a scary journey, discovery is more important than action-packed thrills. You should take your time to figure out what’s going on with your solar system and why it’s stuck in a loop. Not how much you’ve upgraded your character shows how far you’ve come, but what new information you’ve picked up along the way.

The independent game that took the world by storm was Among Us. Friends came together to play this social mystery game, and this is still the case today. Even though Among Us started out as a mobile and PC game, it is now also available on Xbox consoles, giving it even more players. It’s a great thing for the library of independent games that it’s on Xbox Game Pass. More people than ever can work on tasks with their other crewmates, sabotage important functions on the ship by pretending to be someone else, and accidentally kick out innocent people during heated debates. 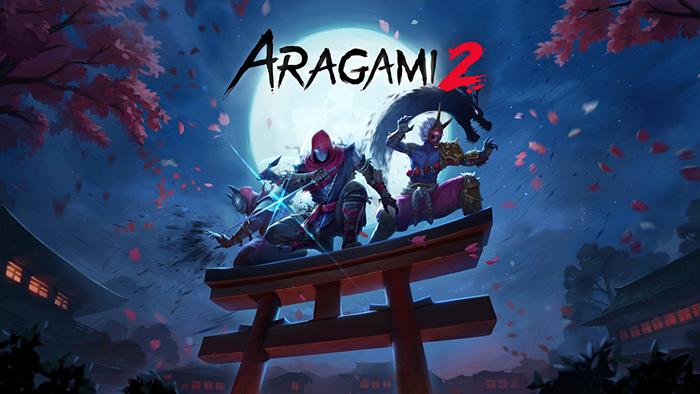 If “undead ninja-assassins stealthily beat fire-wielding glory boys” sounds interesting to you, you should check out Aragami 2. Players take on the role of these sneaky undead ninja-assassins and have to protect the people of Rashomon Valley from an army of pyromaniacs. They do this by using stealth, supernatural shadow powers, and sometimes good old-fashioned sword-to-sword fighting. The best part is that the game can be played with up to two other people in a cooperative stealth-action mode, and the feeling of elation that comes from coordinating silent takedowns perfectly is a real treat. Even when stealth doesn’t work, the combat system is surprisingly deep while still being easy to learn. Parrying and dodging are the main ways to fight, giving the game a unique “Souls-lite” feel that’s fun to master.

Nothing says “indie game” like a musical trip through the psychedelic cosmos. In The Artful Escape, a man named Francis Vendetti goes on an amazing journey to gain the confidence he needs to play the rock-out, outer-space music he wants to play. But not only will he have to deal with strange interactions with cosmic beings, he will also have to get out from under the shadow of his uncle, who is known for his folk singing. The Artful Escape is a game that sounds hard to understand on paper; you have to play it to get it. The Artful Escape is like an out-of-this-world, electric ballad that you can’t put into words. It’s an experiment, a masterpiece, and a turbocharged diamond of gaming all rolled into one must-play indie game.

What Remains Of Edith Finch Two things, story and emotional impact, are very important to the success of a walking simulator. What Remains of Edith Finch has plenty of both. Players step into the shoes of the main character, Edith Finch, and explore her family’s old home, which is often strange, funny, and spooky.

Edith writes in a journal about the lives of her many dead family members, each of whom is said to have died because of a deadly family curse. The nature of each family member’s death is shown through different gameplay vignettes, which range from sad gallows humour to heartbreaking stories of lost childhood. Edith’s emotional release as she walks through the Finch home is palpable. This may sound like a cliche, but What Remains of Edith Finch really needs to be seen to be understood.

Hades is a great roguelike. It makes the genre very accessible by wrapping it in a great story. Every time you go back to the beginning of your runs, you’ll meet new characters who’ll tell you a few new lines, some of which have big reveals.

This means that you never feel like a run was a waste because you always get something out of it. On top of that, it has great combat with a set of random skills that you can collect over time and use in different ways as you try to escape the underworld.