Whether you’re a fan of detective games or mystery games in general with point and click viewpoint, games like the Nancy Drew series will fascinate you endlessly with an abundance of mystery and intriguing features that will keep you captivated till the very end. In the game, players assume the role of the famed detective Nancy Drew and apply various methods and skills to analyze and identify clues that will help break the case and uncover evil conspiracies. You can also team up with possible partners and companions and engage with a plethora of personalities in your pursuit for answers before time runs out on you.

With several significant games in the series, Nancy Drew offers players a wide variety of interesting mysteries and cases to solve and enjoy while keeping the element of surprise well entrenched inside the game. If you’ve played through practically every one of these editions made by Her Interactive (the game business behind all the Nancy Drew adventures), go on further to explore other possibilities that you may check out that include wonder and suspense that will truly entertain any fan of the genre. Bringing in the iconic British investigator on top of this list, this crime solving game made by Legacy Interactive displays the great Sherlock Holmes in his mission to solve the crime and expose deception along the way. You play as the eccentric genius from Baker street and, similar to Nancy Drew, study crime scenes and places of interest to obtain clues about the case at hand. However, the game offers suggestions along the way to ensure players don’t get trapped at a dead end throughout their investigation of a particular case.

Similar to how the great detective operated in his popular books, the player applies extraordinary observation abilities to advance through crime scenes and gather up all evidence essential to get to the bottom of things. Players also use his unique magnifying glass to reveal otherwise concealed things and piece together information with intuitive thinking to get the better of crooks. Download the demo to test your skills and proceed through the infamous cases of Sherlock Holmes in this fun game. 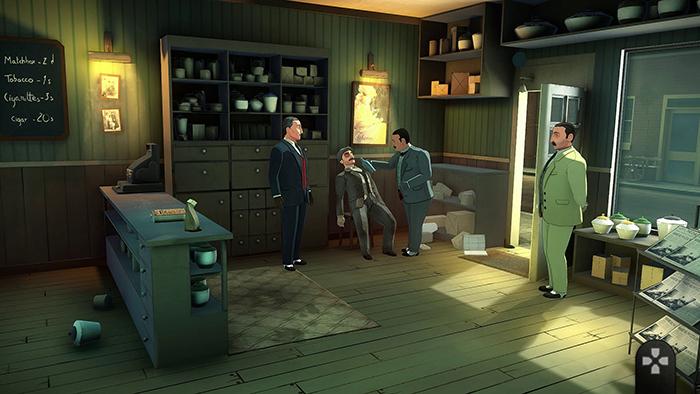 If you’re a fan of Agatha Christie’s novels and want something different from the Nacy Drew series, try Death on the Nile, an Agatha Christie-based detective fiction. Hercule Poirot, a fictitious detective who investigates murder and other crimes, is brought to life in a video game by author Agatha Christie. As a renowned crime solver, you are charged with solving a series of gruesome murders on a cruise liner by interrogating suspected persons.

Players can snoop on and examine the rooms of people they believe to be of interest, gathering evidence and clues. The criminal can be unmasked and the crime solved as soon as you have all the necessary information. As a result of a well-structured inquiry process, the game’s reveal and finish are enjoyable and satisfying to accomplish. Mystery and adventure game Myst has a detective hired to investigate a mystery on a remote island in the middle of nowhere. Your journey begins after reading about the mysterious island of Myst, which bears the same name as the game you’re currently playing. As the game unfolds, you’ll be tasked with figuring out numerous riddles scattered about the island in an effort to learn the truth.

Beginning with the story of two brothers held hostage in this strange land, your quest centers on their rescue. The game is filled with mystery and suspense as you search for the two brothers on the island, solving puzzles and obtaining clues in order to do so before time runs out. Get lost in this intriguing tale of mystery and suspense as you track down enigmatic messages and bizarre clues. In Gray Matter, a street magician becomes a detective after meeting a peculiar Oxford professor and finding themselves in a perplexing setting filled of secrets and deceit. You take on the role of Samantha, an assistant to Dr. Style, a recluse professor who was forced to abandon his career and close himself off from the outside world in order to conduct experiments and uncover the mysteries of the human mind. Fans of the Nancy Drew mystery series will enjoy Syberia II, the successor to the classic puzzle adventure game of the same name. The original title puts you in the shoes of the lawyer turned adventurer, Kate Walker, who sets out on a perilous journey in search of a rare species of mammoth after supposedly trying to tie up some loose ends in the corporate world. Siberia’s freezing landscapes and risky events constantly put the life of our protagonist in jeopardy.

You follow Hans Voralberg, your traveling companion, as he leads you on a once-in-a-lifetime journey across the ethereal snow realm in search of something truly extraordinary. The game’s storyline and puzzles will appeal to mystery and puzzle fans alike, since there are many perilous barriers to overcome along the route.

It’s safe to say that all of the puzzle and crime-solving elements in the games listed above require logical reasoning and fast wits to solve. Not only that, but they’ll keep you entertained for hours on end with a combination of entertaining gameplay and gripping narratives and situations.