For all of the planners, organizers, and sim fans out there, here are 10 games to play if you loved Game Dev Tycoon.

You wouldn’t think that a game about making games would be particularly popular. Or perhaps you would, and you’re one of the many people who bought and enjoyed Game Dev Tycoon. The game was hailed as a success for gameplay full of dopamine releasing mechanics, its parodic sense of humor, and insightful takes on the gaming industry.

Managing a business is definitely more fun if you can turn it off at any time, but the games on this list are compelling enough to keep you playing. We’ve added some more of our favorites! 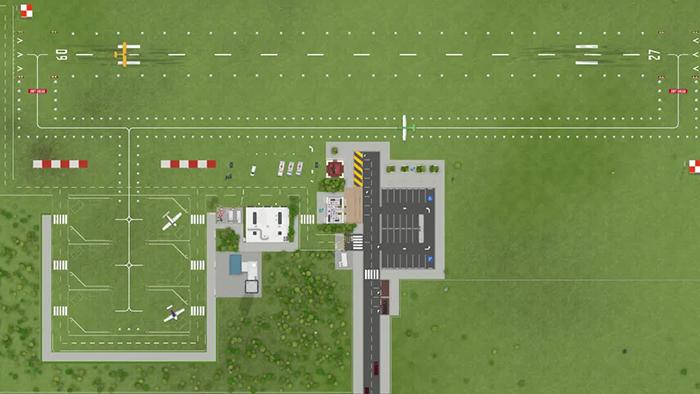 Airport CEO puts you in control of an entire airport. Like many games of its ilk, you are tasked not only with managing the business of running an airline but also with building the airport itself. You must construct the structures, sign contracts, and make sure you take care of your consumers.

The game boasts beautiful, cartoony graphics that make it a visual treat and its top down vision makes it easy to assess if your airport’s flow is running appropriately.

Taking its influence (and some of the developers) from the wonderful Theme Hospital, Two Point Hospital is a game about addressing amusing ailments, managing cranky personnel, and building as efficiently a hospital as possible. This game features a strong difficulty curve that makes it exceptionally enjoyable when you manage to fully complete any given level yet isn’t hard enough to ward any would be players away.

Two Point Studios has gone from strength to strength lately, with the success of their DLCs and the impending Two Point Campus has fans anxious to take on the world of academics. There is something curiously calming about the process of building a PC whilst playing on a PC, rather like a game about developing games. PC Building Simulator goes into the realm of computer hardware as you are tasked with diagnosing and repairing the PCs of clients, as well as constructing the setup of your dreams.

Interestingly, PC Building Simulator offers a full stock of real world parts available for you to purchase, meaning that you could possibly test run your dream PC before creating it in real life. The deep level of research that went into producing this game makes it worthy of any PC gamer’s attention.

Prison Architect is one of those exceptional games that lets you enter into a realm that would (ideally) be inaccessible to most.

prison. Taking the position of the warden, you are faced with establishing and running a jail and all the difficulties that may occur as a result.

Despite its very plain aesthetic appearance, Prison Architect has a lot of depth and complexity about it that makes it a highly enjoyable experience. Tackling jail uprisings while thinking about how to arrange the layout of your next ward is as intriguing as it sounds, and the game offers nearly infinite fun with many settings to tinker with. While not technically a game per per, RPG Maker MV is the perfect vehicle for scratching an urge to try to develop games yourself. If Game Dev Tycoon inspired you to give it a go yourself, this is the perfect place to start. The program describes itself as ‘Simple enough for a child and ‘Powerful enough for a developer and it does a decent job of keeping these claims.

The RPG Maker franchise has led to the creation of numerous notable games, including profitable commercial blockbusters like To the Moon and Corpse Party, and cult classics like OFF and Ib.

being as moreish as caffeine and being routinely one of the best rated games on Steam. As of writing, Factorio is the third most favourably reviewed game on Steam with 98. 77 percent favorable reviews. It surely merits this score.

Factorio is a game about developing factories and finding out how to automate them efficiently. Like many games in the genre, it includes collecting resources and processing them, but the game’s focus on automation and a tremendous quantity of content keep players going back to the immensely engaging title. While currently in Early Access on Steam, The Tenants has made an amazing start as a landlord simulator that mimics the gameplay of The Sims. In this game, you have to refurbish existing apartments, react to tenant desires, and aim to make the maximum profit possible.

The game features a unique and intriguing art style that blends pretty nicely with the interior design aspect at the core of gameplay. This game will appeal primarily to lovers of The Sims whose aesthetic itch wasn’t scratched by The Sims 4 Dream Home Decorator.

Possibly the first game on game development to gain any kind of popularity, Game Dev Story was made by Kairosoft, a firm known for its many simulator games. This is as close to Game Dev Tycoon as you can get, with almost identical gameplay but in a pixel flawless presentation.

The simplicity of Game Dev Story is one of its assets – has a relaxed difficulty curve and some humor mixed in that make it a pleasurable experience. While it lacks some of the expansive features of Game Dev Tycoon, it is still a nice game to have handy on the move. Football Manager is one of those exceptional franchises that manages to keep its fans rapt with attention. It is an exceptionally deep simulator that has you managing a football squad exactly as you like it, including customized training regimes and a complex recruitment mechanic.

Developers Eggcode taken everything that they know about game development simulators and placed it into one amazing title. It’s rather like a terrific combo of Two Point Hospital and Game Dev Tycoon, and it’s a combination that works brilliantly. The game has you develop your firm up from a garage studio just like the latter, but also demands you to remain on top of your staff’s needs and building layout like the former.

While still in Early Access on Steam, Mad Games Tycoon 2 is already a captivating experience that seems to touch all parts of the gaming industry, from engine development to microtransactions to manufacturing your own consoles. This is the perfect game for every would be game maker.